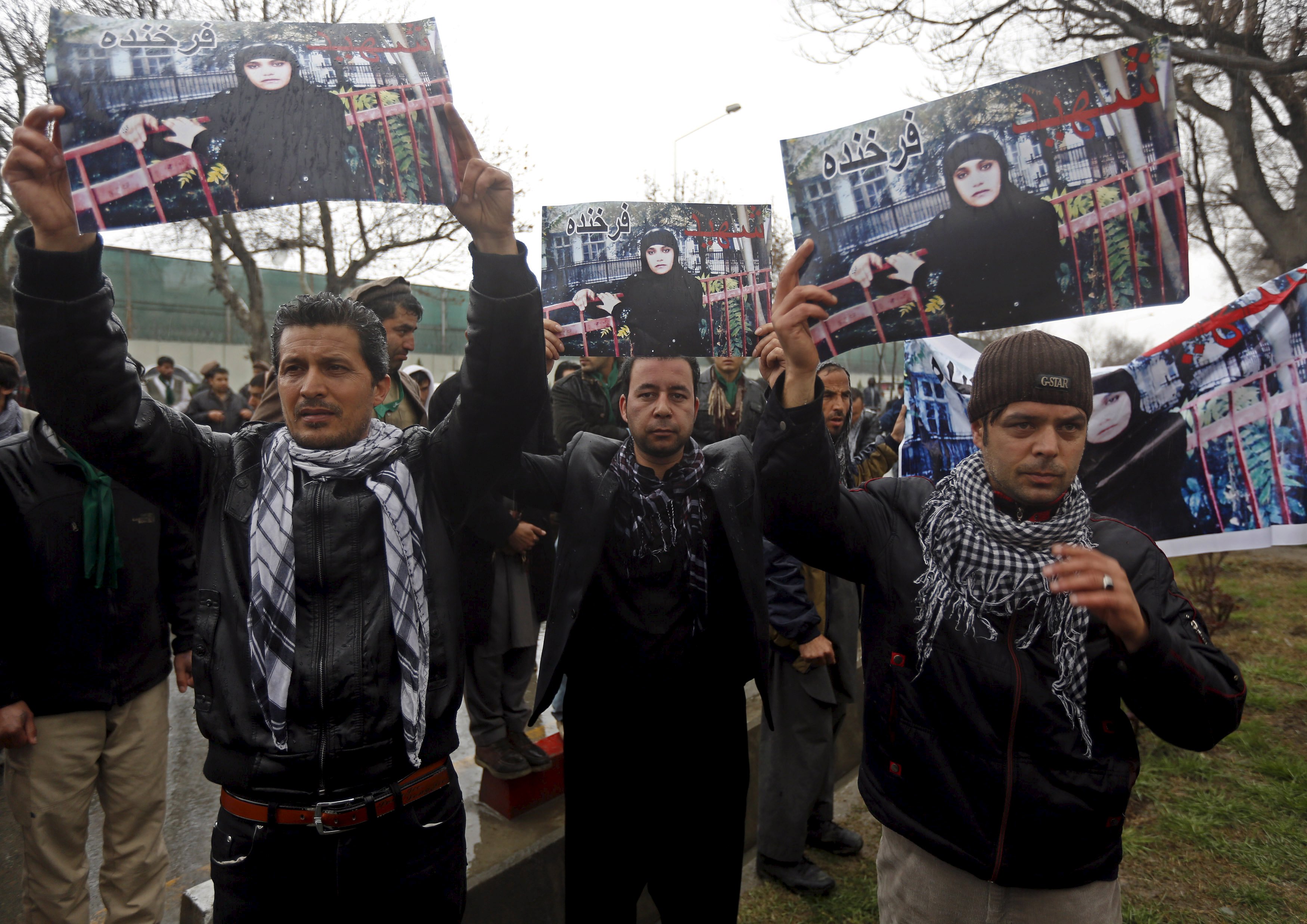 KABUL, Afghanistan -- The family of an Afghan woman killed by a frenzied mob in an attack that shocked the world with its brutality is living in isolation and fear as they wait for justice they believe will never come.

Since Farkhunda Malikzada was killed on March 19, life has come to a standstill for those she left behind, said her father, 72-year-old Mohammad Nader Malikzada.

"We cannot live a normal life, our children cannot go to school or college, we can't even go shopping," he told The Associated Press. "We are under such psychological pressure. It is hell in this house,"

His despair was compounded this month when Afghanistan's Primary Court released 37 of the 49 people convicted of Farkhunda's murder pending their appeals against sentences the family has said are too light.

After a peddler at a Kabul shrine falsely accused Farkhunda of burning a Quran, a mob attacked her as police watched. After punching, kicking and beating her with wooden planks, the crowd threw her from a roof, ran over her with a car and crushed her with a block of concrete. They then set her body alight on the bank of the Kabul River.

Footage of the attack captured on cellphones circulated online, and the killing fueled widespread outrage. Protesters demanding women's rights and judicial reform carried posters showing Farkhunda's bloody face and held candlelight vigils. Her killing was re-enacted outside the shrine on the 40th day of her death by activists determined to keep her memory alive.

But in the months since then, Farkhunda's family - elderly parents and most of her seven sisters and two brothers, their wives and children - say they have been neglected by those who sought to use her name to further their own interests.

Fearing violence, kidnapping, or retribution from police or members of the mob who have been released, they rarely leave the house. The adults don't go to work, and the children no longer go to school or university. "What will happen if the children cannot go to school? Will they be illiterate?" said Najibullah, Farkhunda's 37-year-old brother.

Farkhunda's mother Bibi Hajira, said she feels their lives are in constant danger. "We want to see justice and we want to be moved to a safe place," she said. "I don't have power or money to fight for it."

In the days after Farkhunda's murder, family members met with First Lady Rula Ghani, who said the "horrible, barbaric tragedy" had highlighted how violent Afghan society has become after more than 30 years of war.

"These decisions are completely unacceptable," said Mohammad. "Anyone who witnessed this brutal killing of an innocent girl and stood by and did nothing, they are also guilty," he said. "All these people have been freed, others who were clearly involved have not been arrested."

The Malikzada family has meanwhile retreated into the agony of their loss. "We don't eat, we don't sleep, we cry," said Mohammad. "If at mealtime we remember that Farkhunda liked what we're eating, we can't eat anymore, we just cry."

Many Afghans "blame the Americans" for the scars of 20 years of war
More
Thanks for reading CBS NEWS.
Create your free account or log in
for more features.
View CBS News In
CBS News App Open
Chrome Safari Continue
Be the first to know
Get browser notifications for breaking news, live events, and exclusive reporting.