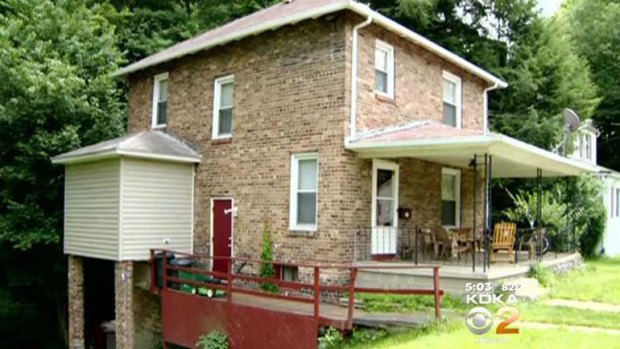 MERCER COUNTY, Pa. -- On June 6, Mercer County Children and Youth Services got a tip that a child looking like a human skeleton was living at a house on North Second Street, CBS station KDKA reported.

His name is Antonio.

"This is really awful, how could somebody do this to a child, to anybody?" asked Dorothy Adams who lives nearby.

Also at the address was Antonio's mother, 28-year-old Mary Rader, his maternal grandmother, 47-year-old Deanna Beighley and her husband 58-year-old Dennis Beighley. Antonio's three other siblings also live at the house, but appeared to be OK.

The litany of horrors allegedly inflicted on the little boy is numbing.

He was beaten with belts if he tried to sneak food, usually peanut butter and bread.

Weighed at Children's Hospital, he was only 25 pounds. That's half of what a normal child his age should weigh.

His teeth were abscessed - two had to be removed.

Showers were infrequent, and ice cold.

Antonio slept on the basement floor with his cat, because he wet the bed. His feet were irritated and infected from the urine and lack of washing.

"What I keep asking myself is why did they do it with that one child, but not the three others?" asked Adams.

In the criminal complaint, Dr. Jennifer Wolford of Children's Hospital says that the child was starved and Antonio is "worst case of medical neglect that I've ever seen in my seven years as a pediatrician."

His brother, age 9 and is sisters, ages 4 and 12, told police that when Antonio was allowed outside, he would trap bugs on the porch and eat them because he was so hungry.

On the front porch we saw toys called "bug house" for catching insects.

Either no one was home, or no one was answering, but parked in front of the door was the family car - front and rear windows smashed.