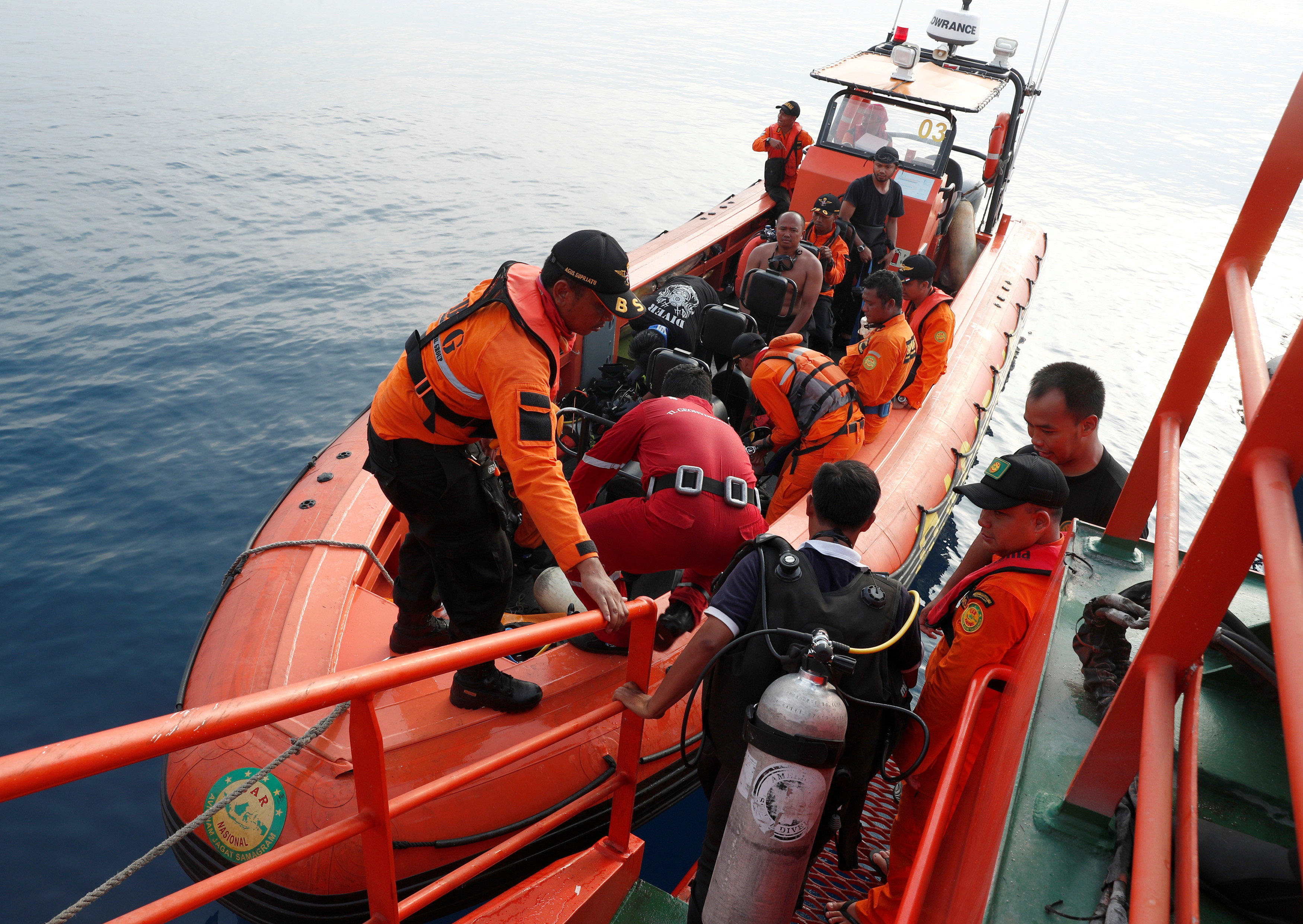 JAKARTA, Indonesia -- Divers have been finding bodies of passengers still strapped into their seats amid debris on the seafloor from the Lion Air jet that crashed Monday, an official of the Indonesian search and rescue team said Thursday. Isswarto, who goes by one name, told a news conference divers were recovering the remains.

He said divers also found many pieces of plane debris scattered about, most of them small. He said they haven't found any large portions of the plane.

Divers recovered a flight recorder Thursday from the crashed airliner on the seafloor, a crucial development in the investigation into what caused the 2-month-old plane to plunge into the Java Sea earlier this week, killing all 189 people on board.

One TV station showed footage of two divers after they surfaced, swimming to an inflatable vessel and placing the bright orange device into a large container that was transferred to a search-and-rescue ship.

"I was desperate because the current below was strong but I am confident of the tools given to me," said navy 1st Sgt. Hendra, who uses a single name, in a television interview. After narrowing the possible location, "I started digging and cleaning the debris until I finally found an orange object," he said, standing on the deck of a ship next to his diving mate.

On Thursday, 61 body bags containing human remains had been recovered.

Relatives of 24-year-old Jannatun Cintya Dewi, whose remains were identified Wednesday, carried her in a coffin covered in green cloth along a road in an East Java district to the burial place, followed by a solemn procession of dozens.

Her father and others knelt by the grave, which was sprinkled with red and yellow flowers, and prayed.

Other families face a longer wait to bury loved ones. Police medical experts say results from DNA tests needed for identification in many cases will take 4-8 days.

The Boeing 737 MAX 8 plane crashed early Monday just minutes after takeoff from the Indonesian capital of Jakarta. It was the worst airline disaster in Indonesia in more than two decades and renewed concerns about safety in its fast-growing aviation industry, which was recently removed from European Union and U.S. blacklists.

Data from flight-tracking sites show the plane had erratic speed and altitude in the early minutes of a flight on Sunday and on its fatal flight Monday. Safety experts caution, however, that the data must be checked for accuracy against the flight data recorder.

Several passengers on the Sunday flight from Bali to Jakarta have recounted problems that included a long-delayed takeoff for an engine check and terrifying descents in the first 10 minutes in the air.

Lion Air has ordered 50 of the MAX 8 planes and one of its subsidiary airlines was the first to operate the new generation jet last year.

Investigators say a preliminary report into the accident could be released within a month but complete findings will take several months.

Lion Air, a discount carrier, is one of Indonesia's youngest and biggest airlines, flying to dozens of domestic and international destinations. It's been expanding aggressively in Southeast Asia, a fast-growing region of more than 600 million people.