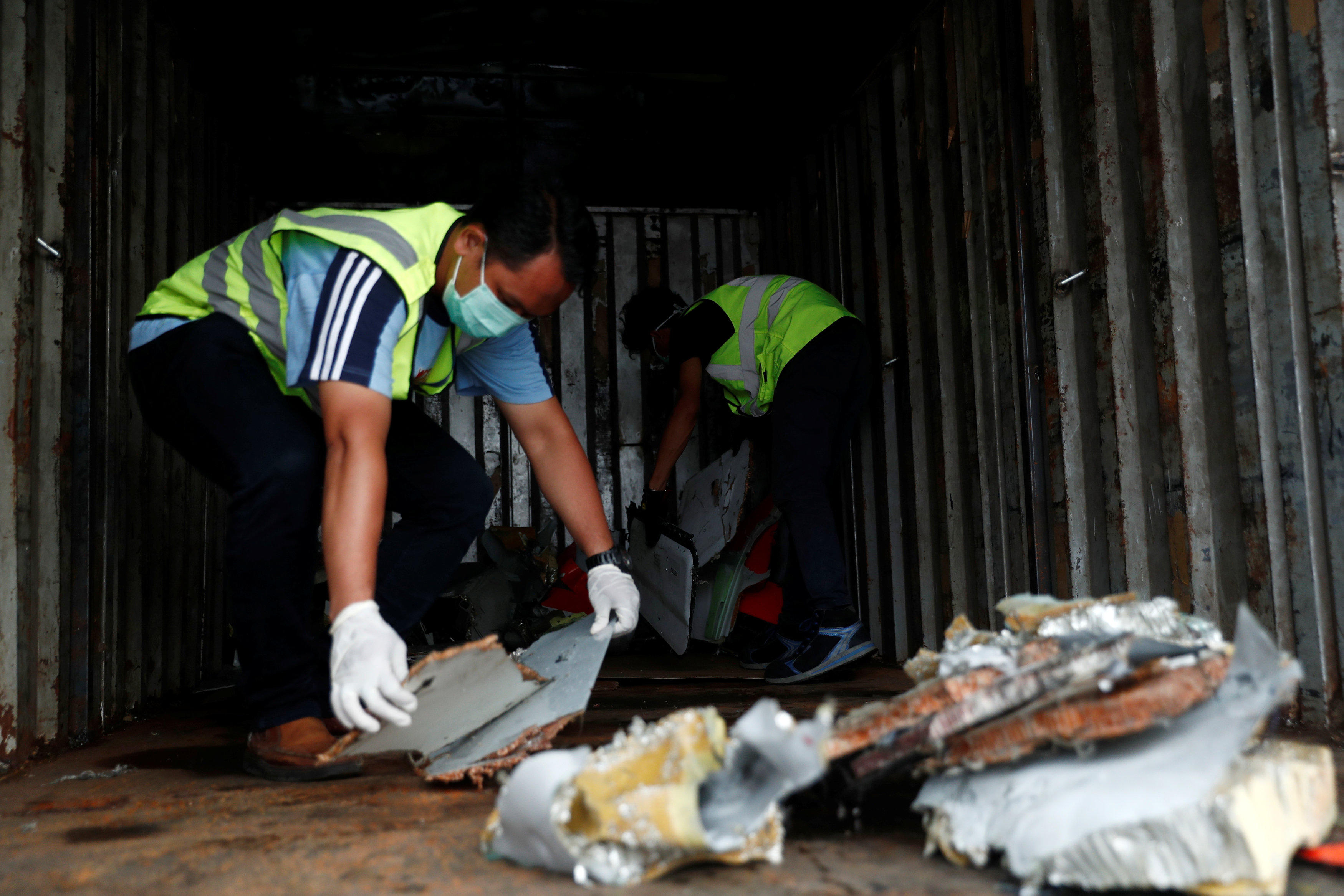 JAKARTA, Indonesia -- New details about the crashed Lion Air jet's previous flight cast more doubt on the Indonesian airline's claim to have fixed technical problems, as hundreds of personnel searched the sea for a fifth day Friday for victims and the plane's fuselage.

The brand new Boeing 737 MAX 8 plane plunged into the Java Sea early Monday, just minutes after taking off from the Indonesian capital, Jakarta, killing all 189 people on board.

"All the passengers started shouting God is Great"

Herson, head of the Bali-Nusa Tenggara Airport Authority, said the pilot on the plane's previous flight on Sunday from Bali requested to return to the airport not long after takeoff but then reported the problem had been resolved. Several passengers have described the problem as a terrifying loss of altitude.

Lion Air, a budget carrier that is the biggest domestic airline in Indonesia, has said the unspecified problem was fixed after Sunday's flight, but the fatal flight's pilots also made a "return to base" request not long after takeoff.

"Shortly after requesting RTB, the pilot then contacted the control tower again to inform that the plane had run normally and would not return" to Bali's Ngurah Rai airport on Sunday, Herson, who uses a single name, told The Associated Press. "The captain said the problem was resolved and he decided to continue the trip to Jakarta."

Data from flight-tracking websites show both flights had highly erratic speed and altitude after takeoff, though confirmation is required from data recorded by the aircraft's "black box" flight recorders.

Satmiko said investigators had already contacted the pilot of the plane's Sunday flight. The problems with it were "just as it circulates on media and social media," he said, referring to accounts of passengers.

One of them, Diah Mardani, told a television program earlier this week that after takeoff "the plane suddenly fell, then rose, then fell again harder and shook."

"All the passengers started shouting God is Great," she said. "The atmosphere was very tense."

She said she was traveling with a group of more than 50 colleagues and many were crying with relief after landing in Jakarta.

Investigators from the U.S. National Transportation Safety Board and Boeing had arrived in Jakarta Friday to help the Indonesian NTSB look into what caused the crash. Indonesian investigators will also travel to the U.S. to meet with the designers of the new-generation Boeing jet.

On Thursday, the team displayed one of the jet's two flight recorders at a news conference, later confirmed to be the flight data recorder, and said they would immediately attempt to download information and begin an analysis.

But progress has been hampered by the black box not being fully intact and it needs special handling to ensure its data survive, a process that is continuing, according to the National Transport Safety Committee. It said the "crash-survivable memory unit" was opened and washed and some of its wiring will need to be replaced and a new shell provided from Lion Air to enable a download of data.

"In principle, all data we have obtained, including flight data and air navigation, and also from other sources - we find that there have indeed been problems" with the plane, said Haryo Satmiko, deputy chairman of the transport safety committee. "We will prove more technical problems with data recorded in the black box."

Avi Riyanto, director of airworthiness at the transport ministry, said it is closely monitoring flights of other Boeing 737 MAX planes in Indonesia.

"The currently operating Boeing 737 MAX 8 aircraft have been inspected and we will continue to monitor and supervise closely, day by day, and if it is found to be significant we will do another inspection and ground them if needed."

Hundreds of personnel and dozens of vessels including specialized ships with sonar and other detection technology are involved in the search effort in seas northeast of Jakarta. Four ping locators - which are lowered into the sea to listen for the black box's signal - are now being used to locate the cockpit voice recorder after an additional unit was contributed by the U.S.

More than 60 body bags containing human remains have been sent to police medical experts for identification since the search began, but as of Thursday only one victim has been identified and buried. Families of those on board have offered their DNA for testing.

Television stations broadcast video of aircraft debris on the seafloor including a plane wheel.

The Lion Air crash is the worst airline disaster in Indonesia since 1997, when 234 people died on a Garuda flight near Medan. In December 2014, an AirAsia flight from Surabaya to Singapore plunged into the sea, killing all 162 on board.

Indonesian airlines were barred in 2007 from flying to Europe because of safety concerns, though several were allowed to resume services in the following decade. The ban was completely lifted in June. The U.S. lifted a decadelong ban in 2016.

Lion Air is one of Indonesia's youngest airlines but has grown rapidly, flying to dozens of domestic and international destinations. It has been expanding aggressively in Southeast Asia, a fast-growing region of more than 600 million people.