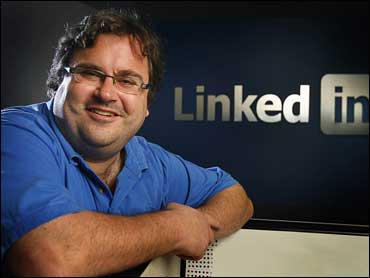 SAN FRANCISCO - LinkedIn Corp., the company behind the largest website for professional networking, plans to raise at least $175 million in an initial public offering of stock that could open the IPO floodgates for other widely used online services that connect people with common interests.

The IPO papers filed Thursday by LinkedIn puts the 8-year-old company on a path to make its stock market debut in the next three to four months, barring any major stumbling blocks.

It might be the most highly anticipated IPO in the technology industry since software maker VMware Inc. went public in 2007, said Scott Sweet, senior managing partner of IPOBoutique. After VMware raised about $900 million in its IPO, the Silicon Valley company's stock soared by more than 70 percent in its first day of trading.

LinkedIn's filing could encourage other rapidly growing Internet services to finally test the public markets after amassing zealous followings among millions of users. Other likely candidates include: online coupon service Groupon, which rejected a $6 billion takeover bid from Google Inc. last year.; online game maker Zynga; online messaging service Twitter; and potentially the biggest investment opportunity of all, social networking phenomenon Facebook, which already has indicated it's likely to file its IPO plans by the end of April 2012.

Besides Facebook, the other companies have all been "waiting for one of them to step their toes in the water," Sweet said. "It's almost like they are saying 'who's going first?'"

LinkedIn, based down the street from Google's Mountain View, Calif., headquarters, is the most mature of the group. It started in 2003, a year before Facebook founder Mark Zuckerberg launched his website while he was a Harvard University sophomore.

Since then, Facebook has emerged as a hot spot for having fun and wasting time while LinkedIn has positioned itself as a place for getting down to business.

Not surprisingly, kibitzing with friends and family has proven to be vastly more popular than contemplating work.

More than 90 million people have set up profiles on LinkedIn, compared with more than 600 million Facebook.

LinkedIn's IPO filing doesn't contain a lot of other key details, including the projected price for the IPO. That target will likely be set as the actual sale of stock draws nearer.

Based on trading of employees in secondary markets set up for privately held companies, LinkedIn is believed to be worth more than $2 billion.