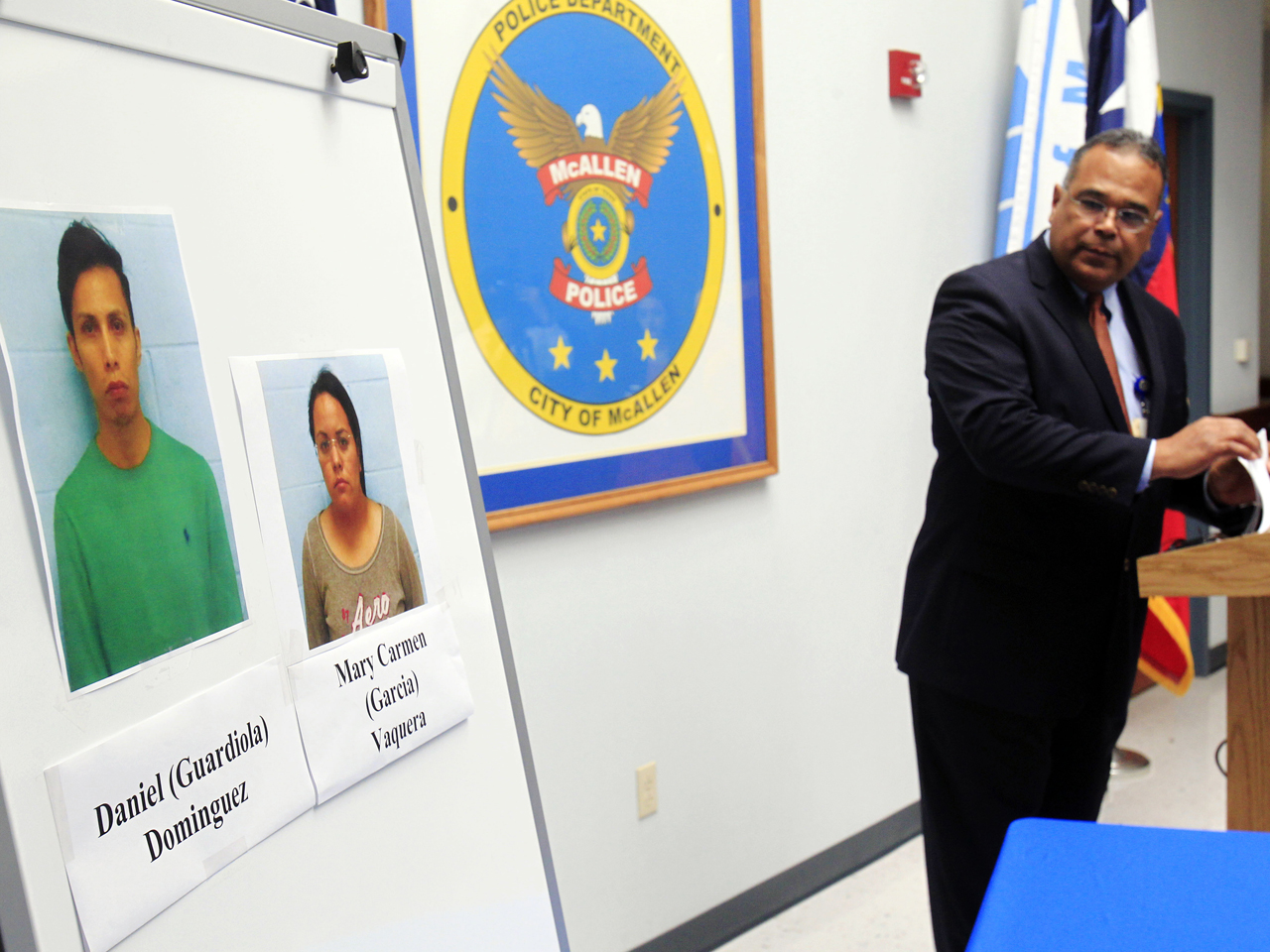 McALLEN, Texas -- A South Texas police chief said Monday that two Mexican citizens who were arrested at the border used account information stolen during the Target security breach to buy tens of thousands of dollars' worth of merchandise. But a federal official said later there currently was no connection between the arrests and the retailer's credit card data theft.

"They're obviously selling the data sets by region," Rodriguez said.

Late Monday, a federal official with knowledge of the case said there currently was no connection between the McAllen case and any ongoing investigation into the Target breach, but would not elaborate. The official spoke on condition of anonymity because the official was prohibited from providing details about the investigation.

The discrepancy could not immediately be rectified late Monday. Messages left for Rodriguez and his lieutenant Monday evening seeking a response to those comments weren't immediately returned.

Garcia and Guardiola were both being held Monday on state fraud charges. It was not immediately known whether they had retained lawyers.

Rodriguez said he did not know whether these arrests were the first related to the Target breach.

Asked about the McAllen arrests, Target spokeswoman Molly Snyder said in an email Monday that the investigation was active and ongoing.

"I'd have to refer you to local law enforcement there for any questions about their community," she said.

The Minneapolis-based company said last week it has stopped more than a dozen operations that sought to scam breach victims by way of email, phone calls and text messages.

A message left with the U.S. Secret Service seeking more information about the case was not immediately returned.

McAllen police began working with the Secret Service after a number of area retailers were hit with fraudulent purchases on Jan. 12. The Secret Service confirmed that the fraudulent accounts traced back to the original Target data breach from December, Rodriguez said.

Investigators fanned out to McAllen-area merchants and reviewed "miles of video" looking for the fraudsters, he said. From that, they were able to identify two people and a car with Mexican license plates.

With the help of U.S. Immigration and Customs Enforcement, investigators confirmed the identities of their suspects from immigration records of when they had entered Texas in the same vehicle, Rodriguez said. Police prepared arrest warrants last week and waited for them to return.

On Sunday morning, federal officials alerted police the two were at the Anzalduas International Bridge trying to re-enter the U.S. They were carrying 96 fraudulent cards, Rodriguez said.

Investigators believe the two were involved in both the acquisition of the fraudulent account data and the production of the cards.

Rodriguez said investigators suspect Garcia and Guardiola were singling out Sundays for their shopping sprees hoping that the banks would not be as quick to detect the fraud.

He said he expected Garcia and Guardiola to eventually face federal charges.

The Target security breach is believed to have involved 40 million credit and debit card accounts and the personal information of 70 million customers.