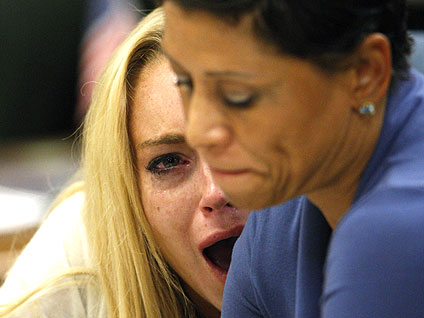 Holley called the sentence "harsh and unfair," but said the 24-year-old actress would abide by its terms and report to jail as planned.

A representative for Holley confirmed Thursday that the attorney had withdrawn from the case and that her remarks remained valid, but no other details were immediately available.

Los Angeles Superior Court Marsha Revel sentenced Lohan to jail and three months in rehab on Tuesday after a daylong hearing. She determined the star violated her probation by missing seven of her weekly alcohol education classes.

This news comes after Lohan, in a series of posts on her Twitter account, protested her innocence while also expressing her frustration towards the "constitutionally perverted" justice system.