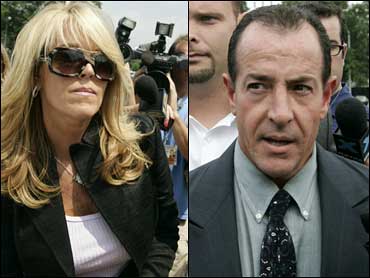 Alongside his lawyer Lisa Bloom and Dr. Drew Pinksy (of VH1's "Celebrity Rehab"), Michael told King that he was feeling "dismay" after he learned the fate of his daughter.

At the same time, he said during the interview, there's "a little satisfaction that she's going to rehab. But the last thing in the world I wanted was for my daughter to go to jail."

Michael recalled that jail didn't "do anything" for him when he was struggling with his own addiction problems.

"Any kind of jail is harsh, especially for a young lady like Lindsay that doesn't need jail," he said.

Dina Lohan, who was noticeably absent from Tuesday's ruling, shared her feelings about her daughter's sentence to AOL's Popeater.

"This is not fair to do to my child," she said.

A Beverly Hills Judge sentencedthe "Mean Girls" star to jail for 90 days in jail on Tuesday after ruling she violated probation in a 2007 drug case by failing to attend court-ordered alcohol education classes.

Along with her jail sentence, Lohan will be required to attend 3 months in an inpatient rehab facility immediately upon release and will be subject to random drug and alochol tests until August 2011, according to People magazine.

She is expected to start her sentence on July 20.