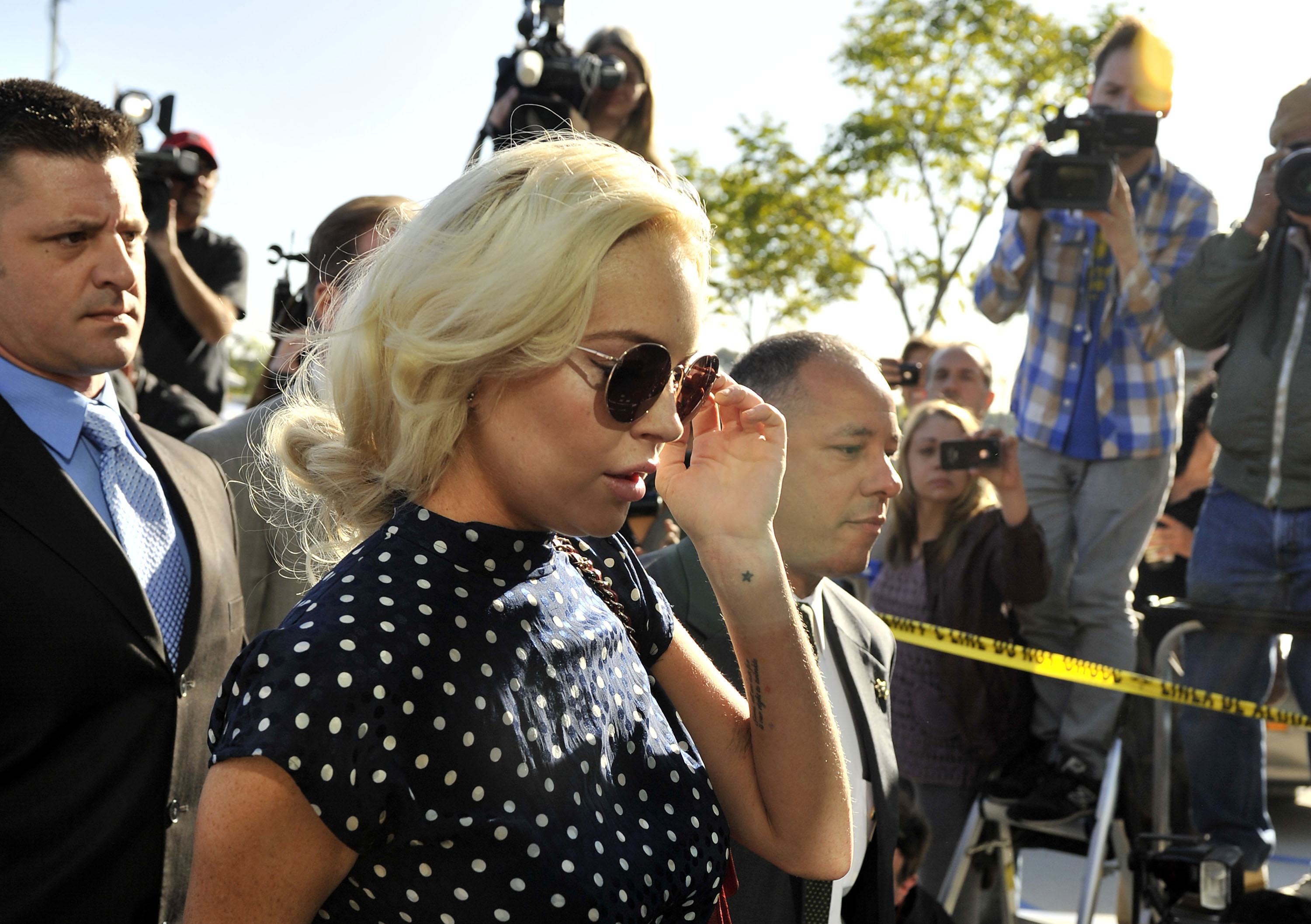 LYNWOOD, Calif. - Lindsay Lohan has been released from a Los Angeles County jail, just hours after arriving to serve a 30-day sentence for violating probation.

Deputy Tony Moore says Lohan was released from the Century Regional Detention facility in Lynwood early Monday, less than five hours after she reported to the jail south of downtown Los Angeles.

The 25-year-old "Mean Girls" star was booked into the jail at 8:50 p.m. Sunday. It was expected to be a short stay because of jail overcrowding.

The deputy didn't have an exact time of release, but news crews staking out the jail and her Venice home are reporting she was home by 2 a.m.

Lohan had until Nov. 9 to report to the women's jail. A judge last week ordered jail time after finding Lohan violated her probation by being terminated from a community service assignment at a women's shelter.

The judge imposed a complicated sentence, telling Lohan that she will now have to perform all of her community service at the county morgue or risk serving an additional 270 days in jail.

It's Lohan's fifth jail sentence since being arrested twice for drunken driving in 2007.