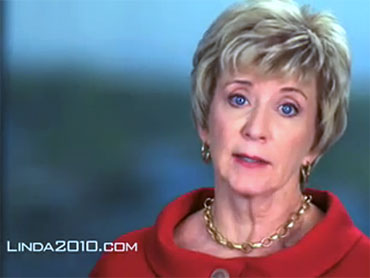 Connecticut's Republican Senate candidate Linda McMahon is acknowledging in a campaign ad for the first time her unusual background in the professional wrestling industry -- something Democrats in the state are trying to use against her.

"Before I decided to run for the Senate, I had a regular job," McMahon says in an ad that began airing statewide Thursday. The minute-long spot then shows a short montage of clips of professional wrestling.

"Okay, maybe not a regular job," McMahon says. "I was the CEO of World Wrestling Entertainment, a soap opera that entertains millions every week."

The ad shows McMahon in the ring with wrestlers, after which the candidate says, "That isn't real, but our problems are... It's time to shake things up. It's time for something different."

McMahon has pledged to spend up to $50 million of her own money on the race, but she is trailing the Democratic candidate, Attorney General Richard Blumenthal, in recent public opinion polls. Blumenthal has maintained his lead ever after admitting to exaggerations in his military record.

After McMahon last month effectively secured the Republican nomination for the Senate seat being vacated by retiring Democrat Chris Dodd, the Democratic Party made clear they would go after McMahon's career history.

"We now likely have a race in Connecticut between a crusading attorney general with a long record of delivering for Connecticut families and a wrestling mogul who made her millions peddling violence to kids, hiding widespread steroid abuse, and sending her employees into dangerous situations in exchange for their glory and her profit," Democratic Senatorial Campaign Committee communications director Eric Schultz said in a statement.