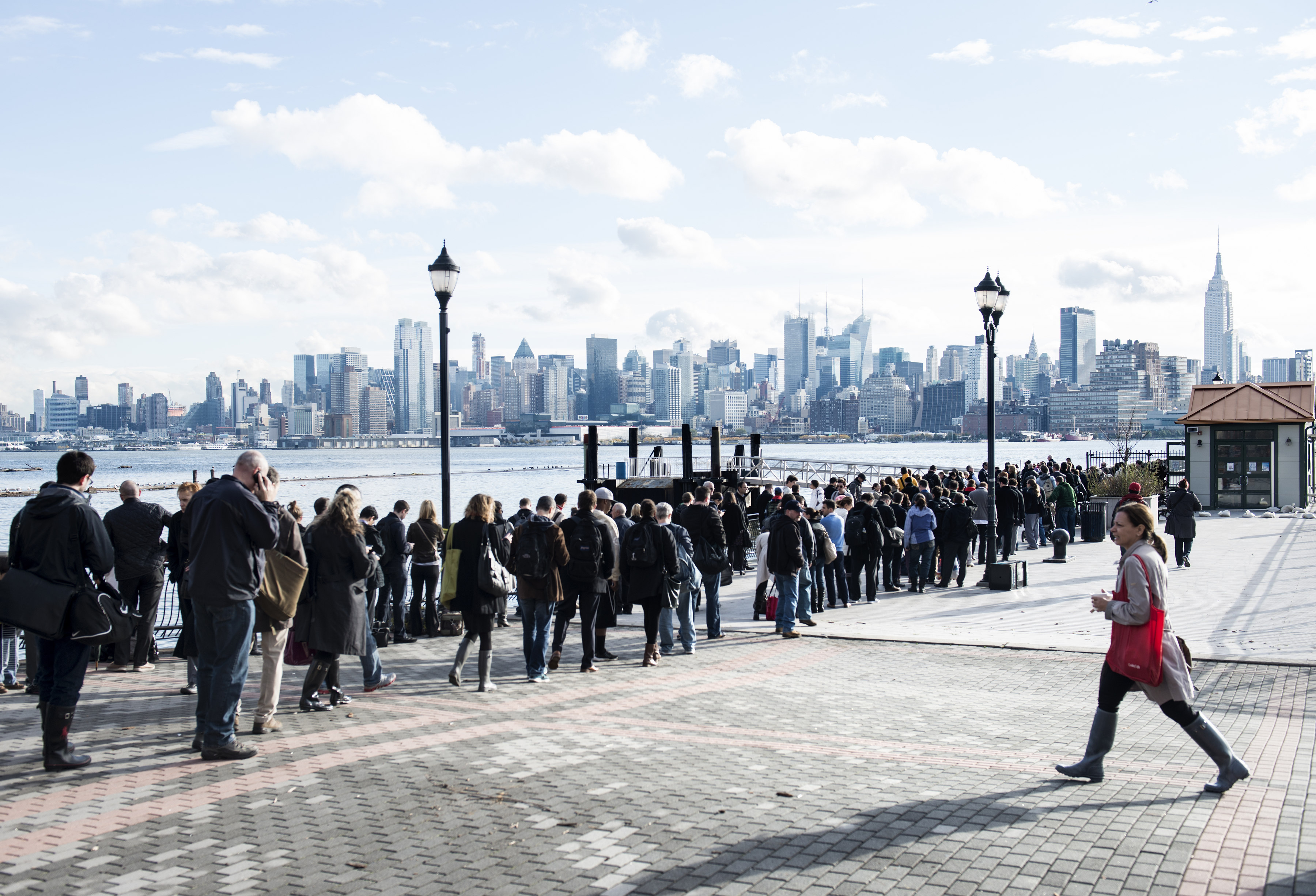 With some subway tunnels and stations still filled with water, and power still turned off in downtown Manhattan, big holes will remain in the nation's largest public transit system even after trains start rolling.

There will be no subway service south of 42nd Street on Thursday, MTA Chairman Joseph Lhota announced, according to CBS New York. That area includes the city's financial district and many tourist sites.

Mayor Michael Bloomberg announced Wednesday afternoon that he is requiring vehicles using the four East River bridges to have three or more passengers on Thursday and Friday from 6:00 a.m. to midnight, in an effort to lessen traffic congestion in the city.

Commuters who would normally zoom beneath the East River on trains would be asked to take shuttle buses instead across a handful of bridges.

Bloomberg also encouraged yellow cabs to pick up multiple passengers and signed an order that allows black cars and livery drivers to do street pick-ups.

"We are going to need some patience and some tolerance," New York Gov. Andrew Cuomo said when he announced the restart.

But the restarting of many parts of the system was sure to breathe life back into a paralyzed city, and allow millions of people to finally get to their jobs, or to school, for the first time since the system shut down Sunday.

Both of those rail systems, which extend many miles into the Connecticut and Long Island suburbs, had been knocked out by power failures, downed trees, and, in the case of the LIRR, flooding in tunnels beneath the East River.

Cuomo said three of the seven flooded train tunnels beneath the East River had been pumped out, but restoring them to service could take time, as equipment that was submerged in the storm is inspected and repaired.

Vehicle tunnels, including the Brooklyn Battery Tunnel and the Queens Midtown Tunnel, also took on huge amounts of water. The Brooklyn tunnel alone had an estimated 70 million gallons of water in it Wednesday morning, the Metropolitan Transportation Authority said.

Cuomo's announcement came as residents itching to get back to work and their old lives noticed small signs that the city might be getting back to — well, not quite normal.

Morning rush-hour traffic appeared thicker than on an ordinary day as people started to return to work in a New York without functioning subways. Cars were bumper to bumper on several major highways.

Mayor Bloomberg rang the bell at the New York Stock Exchange Wednesday morning, reopening it after a rare two-day closure.

Perhaps most promising, though, was the people waiting at bus stops — a sign that mass transit was trying to resume even as the subway system and some vehicle tunnels remained crippled by Sandy's record storm surge.

Rosa Diaz, a 58-year-old diabetic, waited for a bus to take her to the Bronx so she could she could keep an appointment with her endocrinologist. She lives in the Flushing section of Queens but is staying with her mother, who lives in a senior residence in Manhattan's Chelsea neighborhood — with no power.

"It's horrible," she said. "Thank God, I bought gallons and gallons of water to drink and to wash with."

Even though workaday life was slowly returning, there was little false hope.

"Clearly, the challenges our city faces in the coming days are enormous," Bloomberg said Tuesday as officials warned that power might not be back until the weekend for hundreds of thousands of people accustomed to their cosmopolitan lives.

While some bus service resumed and some bridges reopened, the subway was still down after suffering the worst damage in its 108-year history.

The storm's deadly impact grew grimly clearer as the worst of it moved off: The death toll rose to 22 in the city, including two people who drowned in a home and one who was in bed when a tree fell on an apartment. A fire destroyed as many as 100 houses in a flooded beachfront neighborhood in Queens, while firefighters used boats to rescue people in chest-high water.

For the 8 million people who live here, the city was a different place one day after being battered by the megastorm — a combination of Hurricane Sandy, a wintry storm and a blast of arctic air.

Schools were shut for a second day and were closed Wednesday, too. And people inside and outside the city scrambled to find ways to get to work.

In lower Manhattan where power was out, traffic streamed off the Brooklyn Bridge but slowed as it approached downtown. There were few signs that traffic was being directed by police through intersections with darkened stoplights.

Buses have resumed partial service and are free, for now. And the city has modified taxi rules and encouraged drivers to pick up more than one passenger at a time.

Jeff Storey, of Goshen in the Hudson Valley north of the city, is a regular on the Metro-North Railroad and has been forced to work from home this week. He may have to switch to a bus until commuter rail service is running again, he told the Times-Herald Record of Middletown.

For Jill Meltz, a 45-year-old resident of the Upper West Side who works in advertising, Wednesday was the first day she felt good about going out. But it wasn't quite business as usual.

"It'll be back to normal when Starbucks opens," she said, glancing at a still-dark coffee shop.

Faced with the prospect of days without power and swaths of the city plunged into darkness at night, police brought in banks of lights and boosted patrols to reassure victims of a monster storm that they won't be victims of crime.

Some prominent galleries in Manhattan's Chelsea neighborhood hired private security and apartment building superintendents suddenly became guards. In Coney Island, about 100 police officers stood on corners or cruised in cars to guard a strip of vandalized stores and a damaged bank, to the relief of shaken residents.

"We're feeling OK, but at first we felt worried," 12-year-old Oleg Kharitmov said Tuesday as he walked his dog with his parents by the bank. "I'm pretty happy that the cops are here."

There was little sign of a crime wave, although police made multiple arrests in the city Monday and Tuesday, officials said. Charges included burglary, criminal mischief and trespassing. In one incident, three men were arrested on burglary charges after they struck a Radio Shack in Rockaway Beach, Queens, on Tuesday morning.

Yvique Bastien waited outside an apartment complex with her two sons, her daughter, 4-month old grandchild and a pushcart full of supplies, hoping to get a ride to a relative's home from a member of her church. With the power out, it wasn't safe to stay, she said.

"We don't know what can happen to us," she said.

Bloomberg promised "a very heavy police presence" in the darkened neighborhoods, which include much of Manhattan south of the Empire State Building, from the East River to the Hudson River. Even outside the blackout areas, police deployed vans and patrol cars with their roof lights on, along with officers on the streets in a robust show of force.

Problems with high-voltage systems caused by the storm forced the utility to cut power Tuesday night to about 160,000 additional customers in Brooklyn and Staten Island.

Consolidated Edison, the power company, estimated it would be days before the last of the hundreds of thousands of customers in Manhattan and Brooklyn who lost power have electricity again. For the Bronx, Queens, Staten Island and Westchester County, with even more outages, it could take a week.