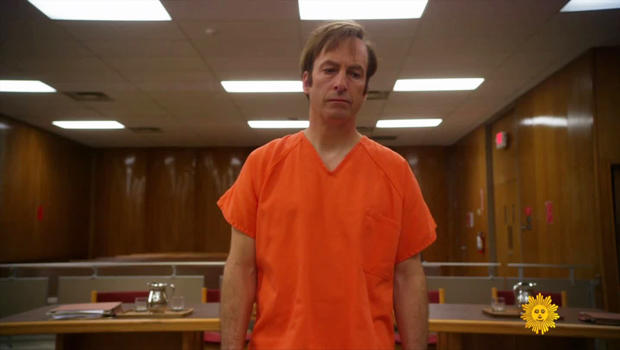 By Daniel Fienberg, TV critic for the Hollywood Reporter:

With movie theaters and public performance venues shut down and countless workers in quarantine, much of the population is eying a future spent disproportionately glued to our couches looking for good things to watch on television.

In short, we're becoming a nation of TV critics.

As somebody who was on this bandwagon professionally long before various public officials made it mandatory, allow me to offer some advice.

First off, even if actual Hollywood production has ground to a halt, the crisis hit us just as some of TV's best shows were launching new seasons.

AMC's "Better Call Saul" may not be better than "Breaking Bad," but it's far closer than anybody could have imagined, and Bob Odenkirk and Rhea Seehorn are giving great performances.

And if you like twisty, somewhat confusing mythology, mixed with lots of robots, HBO's "Westworld" is over-stuffed. That's a lot to watch right there.

But this is also the perfect moment for rainy-day shows, those ambitious or long-running TV series that you've been putting off until you could give them the concentration they deserve. Mine include Netflix's "Peaky Blinders" and "Fauda," but if you haven't watched all-time classics like "The Wire" or "The Leftovers" or "Rectify," no more excuses!

Seeking something funny and emotional? Try Freeform's unusual family comedy "Everything's Gonna Be Okay," and this may be the perfect moment for "Parks & Recreation," the most hopeful show ever made about government dysfunction.

Missing travel? HBO's "My Brilliant Friend," adapted from Elena Ferante's novels, is like a passport to an Italy from a different era. Or check out Hulu's under-rated comedy "Ramy," which wrapped its first season with two great episodes filmed in Egypt.

And if you're exhausted by your family, catch up on HBO's "Succession," a reminder that no matter how crazy your relatives are making you, it could always be much, much worse.

All told, that's hours and hours of television that offer you something we all could use right now: distraction from the outside world.