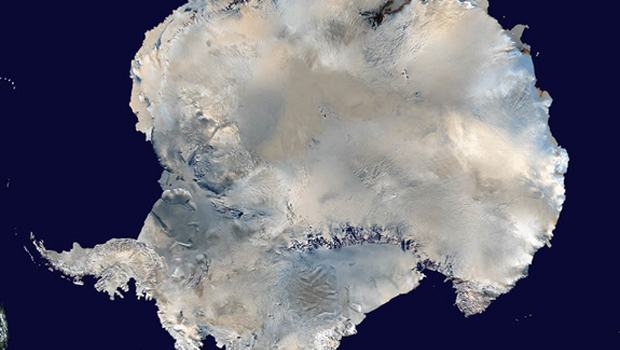 Researchers have found signs of life in mud pulled from the bottom of an ice-covered lake in Antarctica.

Studying microbes in such extreme and closed-off environments could help scientists understand how life may thrive in the harshest places on Earth and potentially other planets.

Scientists with the British Antarctic Survey and other institutions drilled through the ice sheet to dig up clean sediment samples from the bottom of Lake Hodgson, which is on the Antarctic Peninsula and 305 feet (93 meters) deep.

Today the lake has a thin covering of just 10 to 13 feet (3 to 4 m) of ice, but thousands of years ago, it was entombed under more than 1,600 feet (500 m) of ice. The sediments the scientists studied were deposited when the lake was sealed under the thick ice.

"It's the first time any subglacial lake sediment has been studied," study author David Pearce, who is now at the University of Northumbria, told LiveScience. And in that sediment sample, researchers found a time capsule of life, dating back nearly a hundred thousand years.

In the journal Diversity, Pearce and his colleagues reported that they grew 20 cultures of microbes found in the uppermost layer of the sediment core, proving that there are viable extremophiles, or life that thrives in extreme environments, currently living in Lake Hodgson. They also found fossilized fragments of DNA from many different types of microbes that seem to have adapted to Antarctica's extremes over the eons. [Gallery: Finding Life in a Buried Antarctic Lake]

Understanding how microbes and other forms of life are thriving in the cold, dark, isolated and nutrient-poor places under the frozen continent's thick ice could help researchers learn about the origins of life on Earth and the possibilities of life on other worlds, such as Jupiter's icy moon Europa. Several teams are racing to obtain pristine samples from Antarctica's nearly 380 subglacial lakes.

Scientists recently found indications that bacteria live in Lake Whillans, which is buried 2,625 feet (800 m) below the West Antarctic Ice Sheet. Russian scientists are currently analyzing water samples collected in early 2013 from Lake Vostok, which is buried under more than 2 miles (3 kilometers) of Antarctic ice and had not been touched for some 14 million years.

"What would actually be surprising would be if we looked in these places and they were completely sterile," Pearce told LiveScience.

But the diversity of the life forms in Lake Hodgson was still surprising.

Nearly a quarter of the genetic sequences identified in the study did not match with any known sequence, the researchers reported, suggesting a diversity of never-before-seen life forms may lurk beneath Antarctic lakes.

Further investigation is needed, but the researchers say many of the species in this isolated ecosystem are likely to be new to science.

With continued research, Pearce said, "We can start to build a picture of what limits life in extreme conditions and then start thinking about what might limit life on other planets."