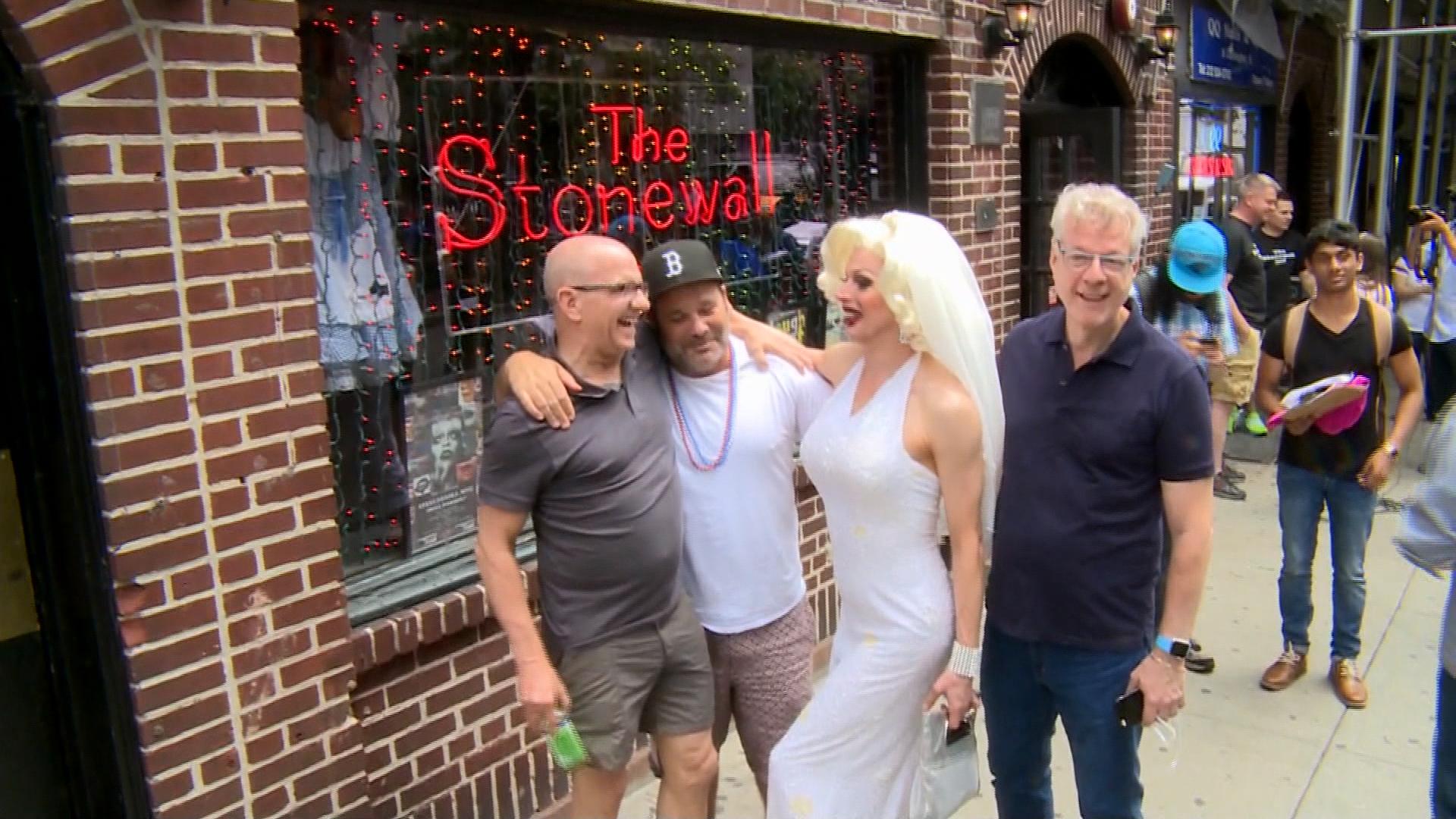 NEW YORK --In Greenwich Village, Gov. Andrew Cuomo presided over a wedding at the Stonewall Inn, a landmark in the fight for gay rights. It's been a remarkable journey from a small, dingy jukebox bar to an iconic location in the fight for civil rights.

In 1967, when the CBS News special "The Homosexuals" ran, medical authorities classified being gay as a mental illness. Gay activity was illegal.

"We were viewed as some kind of freak show," said Tommy Lanigan-Schmidt. "Something to be avoided."

Today, a fine arts professor, Lanigan-Schmidt spent the 60s living on the streets of New York's Greenwich Village, in the shadows.

"We just tried to avoid situations where we'd get murdered or something." said Lanigan-Schmidt. "You know you're in a horrible place and you gotta get through it."

Phil Bockman, a psychotherapist today, hid his identity from all but a select few.

"Our life was so secretive and tightly controlled that nobody knew about anybody else," Bockman said.

With few places to socialize, Bockman and Lanigan-Schmidt found refuge at the Stonewall Inn.

Mafia-owned and illegal, the Stonewall was a speakeasy-style bar with a jukebox and a dance floor.

"To get in, you had to know the secret codes which is to say 'you're a friend of Dorothy's,'" said Bockman.

But in the predawn hours of June 28, 1969, the Stonewall, full to the rafters, was raided by police. But unlike previous raids, this time the crowd pushed back.

A six-day riot between gays and police began.

"They were just used to having people fall in lane and they didn't fall in line," said Lanigan-Schmidt.

"They were immediately like, 'Get your hands off me. I have right to be here,'" said David Carter, who captured the Stonewall riots in his 2004 book. "This was essentially America's gay neighborhood. It was essentially a gay ghetto. The government was trying to impose police-state conditions on this ghetto and it exploded. It was a spontaneous explosion."

Street kids like Lannigan-Schmidt pushed back first. He is in one of the rare photos taken during the riots. His friend Chris, carried a purse -- inside was a brick.

"It was kind of a weapon of defending oneself," said Lanigan-Schmidt.

For the first time, the gay community, so secretive until now, felt the force of its numbers. A movement was born.

"It was amazingly empowering to see all those faces and to feel them all out," said Brockman. "Having come out. Yes, we're ready to do something now."

"After Stonewall, the movement took off like a rocket," said Carter.