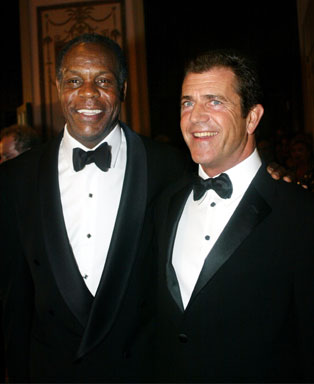 Get ready for another classic movie-to-TV reboot.

Don't expect to see Mel Gibson or Danny Glover, but "Lethal Weapon" is coming to TV, says The Hollywood Reporter.

The '80s and '90s movie franchise is getting a 2010s reboot for Fox, and the series will follow the same premise of the movies.

The TV show will focus on a Texas cop and former Navy SEAL Martin Riggs, who has just moved to Los Angeles after the deaths of his wife and child. There, he meets partner LAPD detective Roger Murtaugh, who needs to be extra careful after having a heart attack.

Fox has green-lit a pilot episode of the show, which will be produced by Matt Miller of "Forever" and "Chuck," Dan Lin of "The Lego Movie" and "Sherlock Holmes" and Jennifer Gwartz.

The show is one of many recent movie-to-TV remakes: Others include "Limitless" on CBS, "Minority Report" on Fox and the upcoming "Rush Hour" on CBS and "Uncle Buck" on ABC.