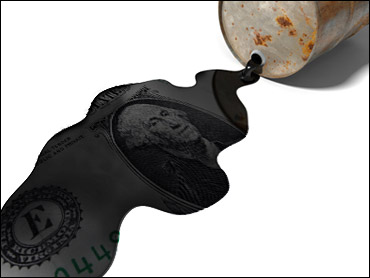 Keep your fingers crossed. The price of a barrel of oil has dropped almost 20 percent in the last couple of weeks. And while it's impossible to prove the cause and effect, the very notion that people in the United States are finally getting serious about fuel consumption must have something to do with it.

Earlier this summer, a barrel of crude was trading at almost $150. This week, it's closer to $120. Both presidential candidates have been talking about energy independence, and that has to be a sobering idea for OPEC and others whose oil we import.

Imagine if your biggest customer suddenly stopped buying. Sure the slack will be taken up by increased consumption in places like India and China. But, even those countries will one day realize they are choking to death on their own progress.

Oil prices have spread plenty of pain throughout the economy. Energy independence will turn that pain into prosperity.