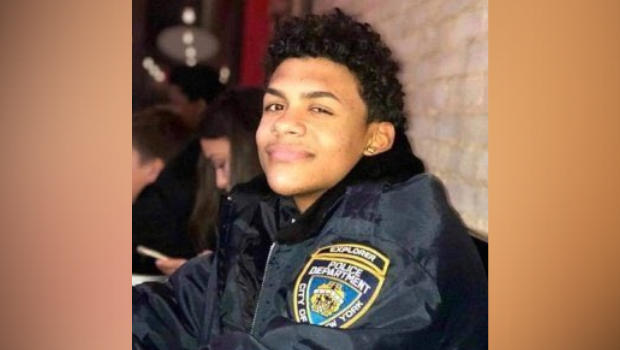 NEW YORK -- Police in New York City have made an eighth arrest in the fatal stabbing of a Bronx teenager, who was brutally attacked in what may have been a case of mistaken identity. Elvin Garcia was arrested in the Bronx and is expected to be arraigned later Tuesday on charges of murder, manslaughter and assault in the death of 15-year-old Lesandro Guzman-Feliz, Bronx District Attorney Darcel Denise Clark announced Tuesday.

Six suspects taken into custody in Paterson, New Jersey, after the attack outside a Bronx bodega appeared in court Tuesday, where they waived their rights to an extradition hearing. Jose Muniz, Santiago Rodriguez, Joniki Martinez, Manuel Rivera, Jose Tavarez, and Danel Fernandez agreed to be transported to New York to face charges of homicide, manslaughter and assault in the fatal stabbing.

A seventh suspect, 19-year-old Kevin Alvarez, is facing the same charges. He made his first court appearance in New York Monday evening and entered a plea of not guilty. Alvarez was ordered held without bond.

The six suspects in New Jersey were expected to be returned to New York and face arraignment in the Bronx on Wednesday, Clark said.

Guzman-Feliz -- an aspiring police officer known as Junior -- was beaten and stabbed repeatedly by five men outside a Bronx bodega and was able to walk himself to a nearby hospital after the attack, where he died. The teen was seen on video being dragged outside of the deli by the assailants.

All of Guzman-Feliz's suspected attackers are alleged members of a Dominican-American gang known as the "Trinitarios." Speaking Tuesday, NYPD Chief of Detectives Dermot F. Shea said the gang is "not new to us" and vowed to crack down on gang violence in the Bronx.

"We will not tolerate thugs on the streets of the Bronx, whether it's Trinitarios or any other gang involved in behaviors of this sort," Shea said.

Shea said Trinitarios are also involved in a June 18 stabbing attack on a 14-year-old boy along the Bronx River Parkway, which was caught on video, and said he believes the incident to be linked to the attack on Guzman-Feliz. The victim is in critical condition.

According to a relative, the gang believed to be responsible for the killing of Guzman-Feliz admitted on social media it had attacked the wrong person, reports CBS News' DeMarco Morgan. They reportedly thought he had leaked a sex tape of one of the gang members' relatives. Family members believe the incident was a case of mistaken identity and claim the gang even apologized to them on social media.

"No sorry, no apologize is going to bring my son back. He was a good and sweet kid," Leandra Feliz, his mother, said.

New video emerged of the assault late Monday that appeared to show Guzman-Feliz jumping over the counter of the bodega and attempting to hide from his assailants before the attack. Another video clip shows him stumbling back inside the deli after the attack, bleeding, and a man behind the counter apparently ordering him out.

Shea wouldn't answer a CBS New York reporter's questions over whether or not the bodega employees attempted to help the teen, but said dispatchers did receive 911 calls from workers at the bodega.

The slain teen's parents say he dreamed of becoming a detective and was part of the NYPD Explorers, a program for high school students. New York Police Commissioner James O'Neill was among the hundreds who attended his wake.

"I'm very thankful for the support from everybody. Makes me feel like sure my son gonna have justice," Feliz said.