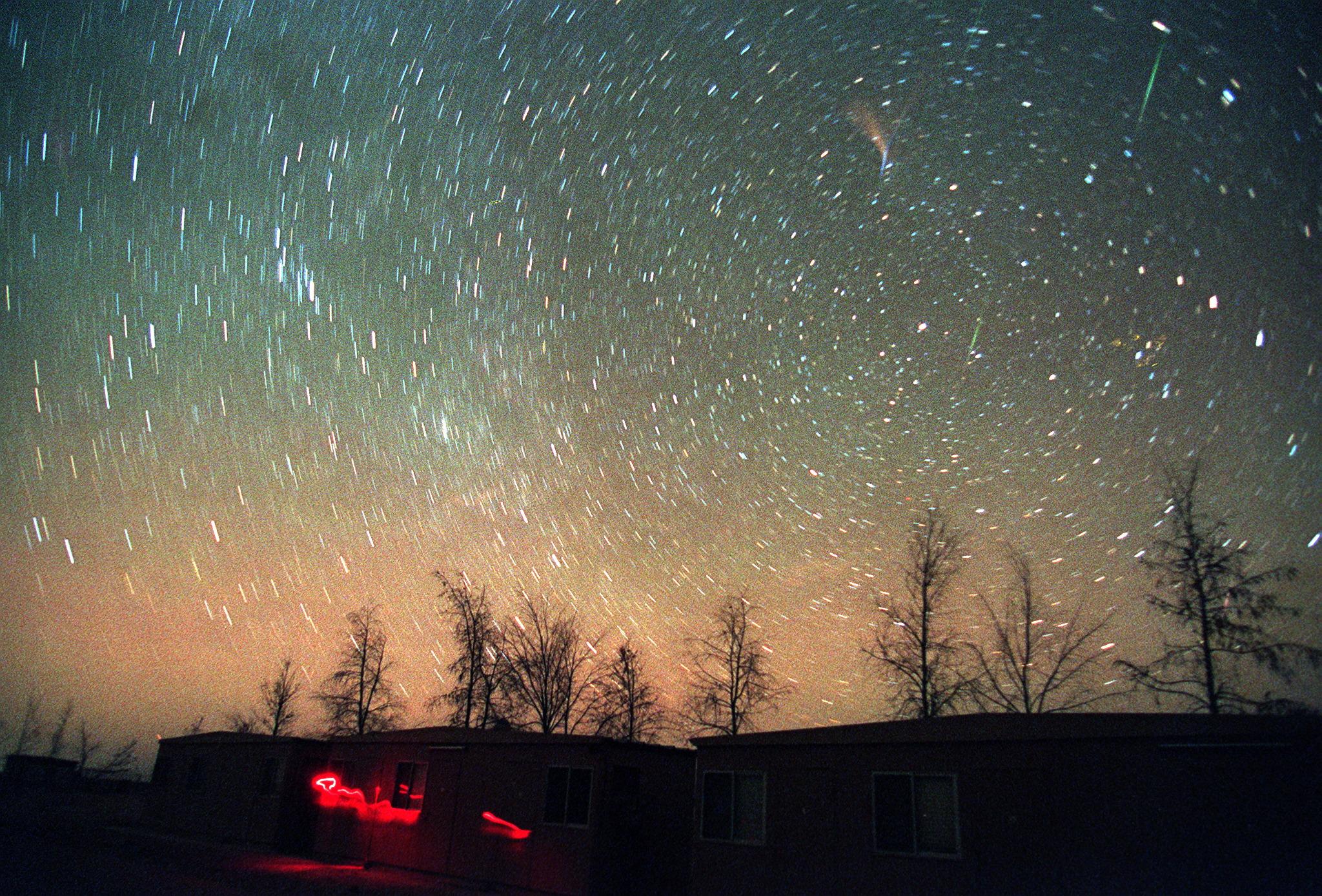 One of the year's most anticipated meteor showers peaks this week.

The Leonid meteor shower will reach its maximum overnight Tuesday into Wednesday (Nov. 17 to Nov. 18) giving skywatchers the chance to see some brilliant "shooting stars." However, though the Leonids have put on some amazing displays in the past, this year's show will likely be on the subdued side.

The Leonids are so named because the meteors appear to originate from the constellation Leo (the Lion). But Leonid meteors can appear anywhere in the night sky, so don't worry too much about picking out that star pattern; just go outside in the predawn hours Wednesday morning and look up.

Leonid meteors are the fastest shooting stars, hitting Earth's atmosphere at about 162,000 mph (261,000 km per hour), according to Space.com skywatching columnist Joe Rao -- so the shower can produce spectacular and memorable fireballs.

The moon will set at about 10 p.m. local time Tuesday night, making for favorable viewing conditions. But there's another issue that will tamp down the Leonids this year, Rao noted.

The Leonids result when Earth plows through a trail of debris shed by Comet Tempel-Tuttle. The comet is now just about as far from the sun as it gets during its roughly 33-year orbit, so there's not a lot of debris for Earth to hit, Rao said. (The highest concentrations of shed dust and gas tend to be near the comet as it orbits the sun.)

So, although some previous Leonid showers have produced tens of thousands of meteors per hour (in breathtaking events known as "meteor storms"), viewers should expect at most 10 to 20 per hour this year.

Another renowned meteor display is just around the corner: The Geminids, one of the most reliable and productive of the annual showers, will peak overnight on Dec. 13 to Dec. 14.

Editor's note: If you capture an amazing photo of a Leonid meteor or any other night sky sight and would like to share it with Space.com and its news partners for a possible story or image gallery, send images and photos to: spacephotos@space.com.