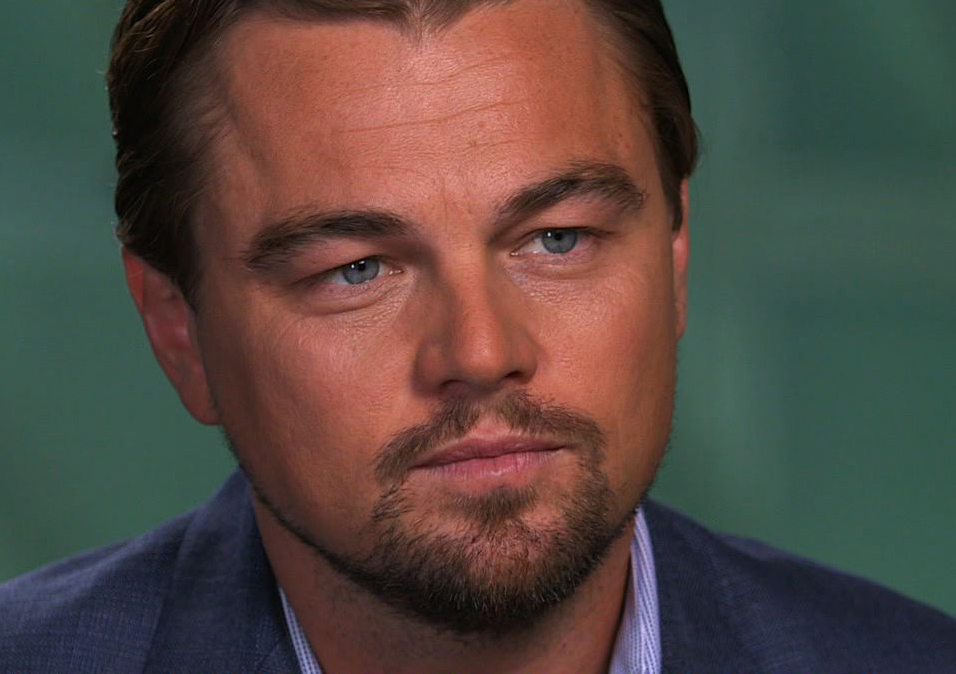 It took Leonardo DiCaprio seven years to get "The Wolf of Wall Street" into movie theaters. DiCaprio is nominated for two Oscars for the film: one as a producer, the other for his portrayal of Jordan Belfort, a stockbroker who cheated investors out of millions.

Recently, DiCaprio sat down with "CBS This Morning" co-host Gayle King to discuss the film and the character he plays. Read some of the highlights from their conversation below.

KING: What made you say, "I wanna play that guy"?

DiCAPRIO: You know, this kind of culture -- for a lot of us as artists, we wanted to put it up on the screen. This attitude that is very real and very apparent in the world we live in, and incredibly destructive. We knew that people were going to have a reaction to these people. Our question was, "Would people even go to a movie with Wall Street in the title?" because there was such a bad taste in people's mouths about this world.

KING: And you've heard the criticism that, "Yeah, but you all didn't show the other side, the people that were hurt, the --"

KING: "People whose lives were destroyed."

DiCAPRIO: Well, it's really the first time that I've been a part of a movie that's had any real controversy behind it."

DiCAPRIO: So, I had to kind of look to Marty (Martin Scorsese) to see, "Okay, how do we react to this?" But what was interesting for me -- not only making the movie, but the dialogue that happened afterwards, because that's what movies can do.

KING: You have said that you've never done drugs.

KING: And you played such a good drug character. And I know that's called acting. But how were you able to do that with that intensity and then detach, because it was so raw and so -- so disturbing, so disturbing.

KING: Okay, Leo.  How did you research that?

DiCAPRIO: Quite specifically the drug sequences?

DiCAPRIO: Number one, I had -- I'd spent many months with Jordan Belfort, and then -- and then there was this other video that I watched obsessively called "The Drunkest Men in the World" that was on YouTube, where a guy was trying to get a beer and wouldn't stop.

KING: How were you able -- listen, I haven't either ever -- ever done drugs, but how were you in Hollywood -- how are you able to do that when it is so prevalent?  No desire?  No --

DiCAPRIO: Well, I think there's always an interest and a desire. But I -- I really grew up around that. I mean, it was on -- it was on my street corner.  I -- every time I would go to the corner marketplace there were addicts everywhere -- in the alleyways, people shooting up, people offering me drugs at 4 or 5 years old.

DiCAPRIO: Yeah. I saw it at a very -- very, very early age. And I was just sort of horrified by how it affected people.

KING: Can I talk about Jonah Hill?

KING: Did you bring Jonah into this project?

DiCAPRIO: Well, I met him in Mexico. And he basically said to me, "I know this character. I am this character. Not personally, but I know who these people are. And there's no one meant to play this except for me." And so I relayed that to Marty and they had a two- or three-hour meeting, and he hired him on the spot.

KING: I got such a kick watching "Saturday Night Live" recently and Jonah was hosting. Because all of a sudden Leonardo DiCaprio comes out and it's you. And you reenact that whole "Titanic" scene along with the music.

DiCAPRIO: I really wanted to support Jonah.  And somebody suggested that right on the stage.  And at first I was a little skeptical.

KING: That's what I was wondering.

DiCAPRIO: But then I said, "You know what?"

KING: I know, because I'm wondering, Leo, when you hear the "Titanic" song or "I'm the king of the world," do you start cringing or do you think, "Oh, okay," all right --

DiCAPRIO: You know, it's been such a long time, but it was such, you know, a huge part of my life.  And people maybe think I have a reaction to that to that film. But the truth is, I'm incredibly proud of it. And not only that, the movie has really made me be in control of my career.

KING: Well, listen, I first met Leonardo DiCaprio. I became smitten with "Gilbert Grape." You were so good in that role. And that was when you were nominated for your first Oscar.  And here we go to 2014 and you're nominated for another Oscar. When you think of who Leo was back then, did you ever envision that this would be your career? You couldn't possibly have.

DiCAPRIO: No, I -- I didn't. All I remember is being paralyzed with fear that I'd have to actually get up on that stage because somebody told me a billion people watch that show. And that's the only thing that I really remember.

KING: So, if you win, then you have to go up and talk in front of all those people.

DiCAPRIO: And -- and I was in shambles about that.  I just -- I did not want -- I actually didn't wanna win because.

DiCAPRIO: Of that reason.

KING: This is what I don't understand.

KING: You guys are actors, so why can't you go up there and act like, "I'm a famous actor accepting an award."

KING: I always marvel at that.

DiCAPRIO: You know what I mean?

DiCAPRIO: That's the problem. There is no cut. I mean, I've had a lot more experience since then, but I -- that -- that was my memory.

KING: I read that when you were younger it was suggested to you that your change your name to Lenny Williams. Is that true? I thought maybe that was one of those urban legend stories.

DiCAPRIO: No, it was true. Yeah. I think that I was a breakdancer at the time and I had this sort of step haircut.

DiCAPRIO: Yeah, I was a pop locker, which I had displayed in this movie and -- you know, that was what was cool about doing this movie.  I could draw upon certain things in my own experience.

KING: Leo, when I saw that I thought, "I wonder who taught him to do that." You already knew how to do that.

DiCAPRIO: Yeah, that was all stuff that I did when I was before I was an actor.  So, yeah, I mean, they wanted might to change my name to Lenny Williams because they said it would sound less ethnic and I would be able to get more roles. And my dad said, "Don't you dare do that."

DiCAPRIO: I think -- humility, a good sense of humor and -- not a lot of drama.

KING: Everybody wants you to get married.  And by "everybody," I mean, me.

DiCAPRIO: Really?  You do, too?

KING: Do you need my help in fixing you --