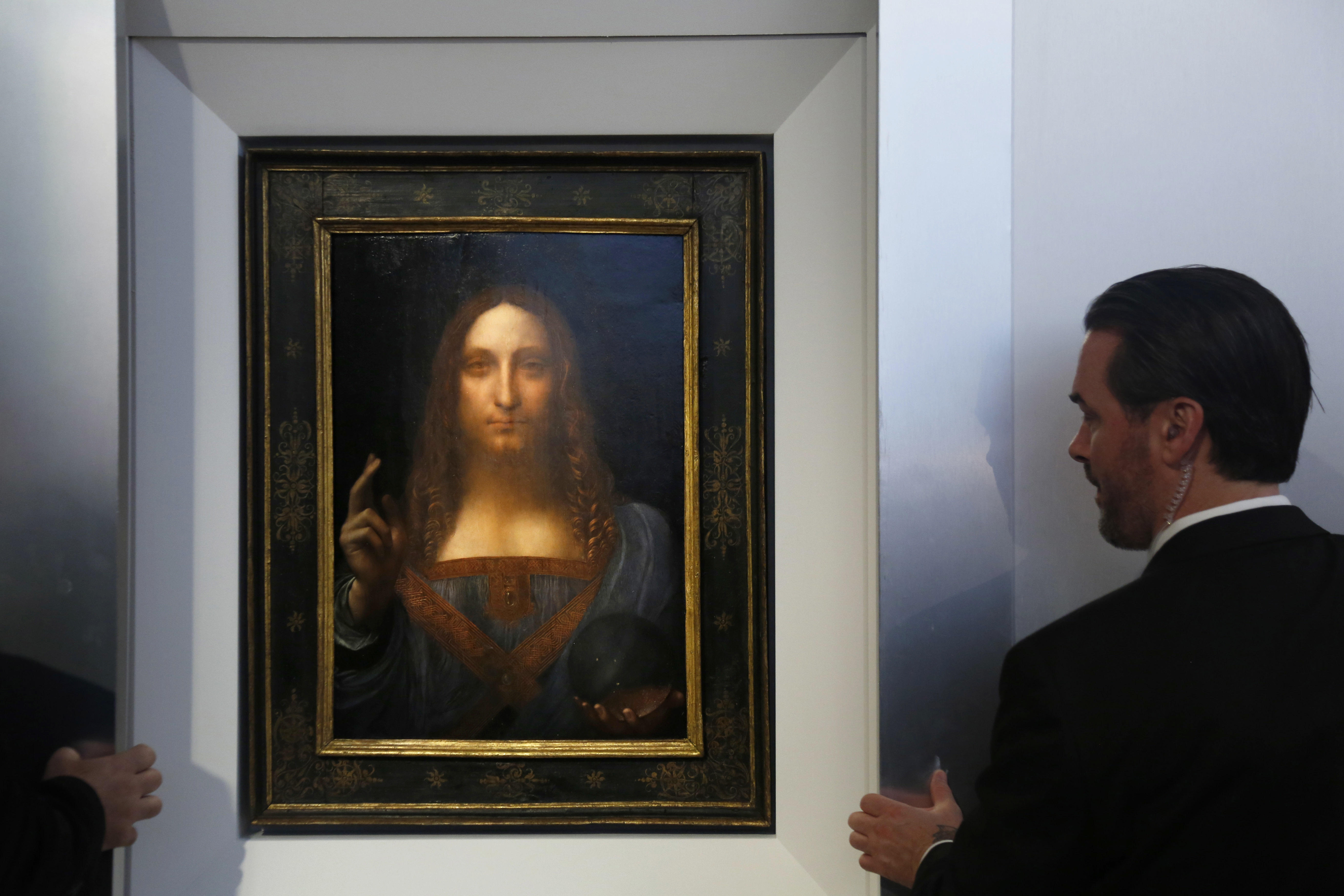 NEW YORK -- The last Leonardo da Vinci painting in private hands is going to auction in New York next month -- with a pre-sale estimate of around $100 million.

Christie's announced Tuesday that the depiction of Jesus, titled "Salvator Mundi," will be offered Nov. 15.

"The Salvator Mundi is the Holy Grail of Old Master paintings," declared Christie's specialist Alan Wintermute. "It seemed just a tantalizingly unobtainable dream until now. To see a fully finished, late masterpiece by Leonardo, made at the peak of his genius, appear for sale in 2017 is as close as I've come to an art world miracle."

The work, dating from around 1500, is one of fewer than 20 known paintings by Leonardo. It was first recorded in the royal collection of King Charles I in the early 1600s, then changed hands, dropped out of sight and was later acquired "as a work by Leonardo's follower," Christie's said. "Christ's face and hair were overpainted."

It disappeared again for nearly half a century. It was believed that the work had been destroyed until it was rediscovered in 2005. It took six years to authenticate it.

Christie's said it decided to highlight the Leonardo at a sale of post-war and contemporary art because "this work and artist transcend all collecting categories."

The seller is identified only as a "private European collection."

Andy Warhol's 1986 painting "Sixty Last Suppers" -- based on Leonardo's Renaissance "Last Supper" masterpiece -- also will be featured. Its estimate is around $50 million.

Warhol's "monumental canvas poignantly illustrates the themes of religion and loss that were so instrumental to his work," the auction house said.

The work was executed a year before the artist's death.

"In the early 1980s, religious iconography would feature more prominently in Warhol's art as he began to confront his mortality," Christie's said. "'Sixty Last Suppers' marked the culmination of a process of acceptance: the final image of communion and forgiveness."