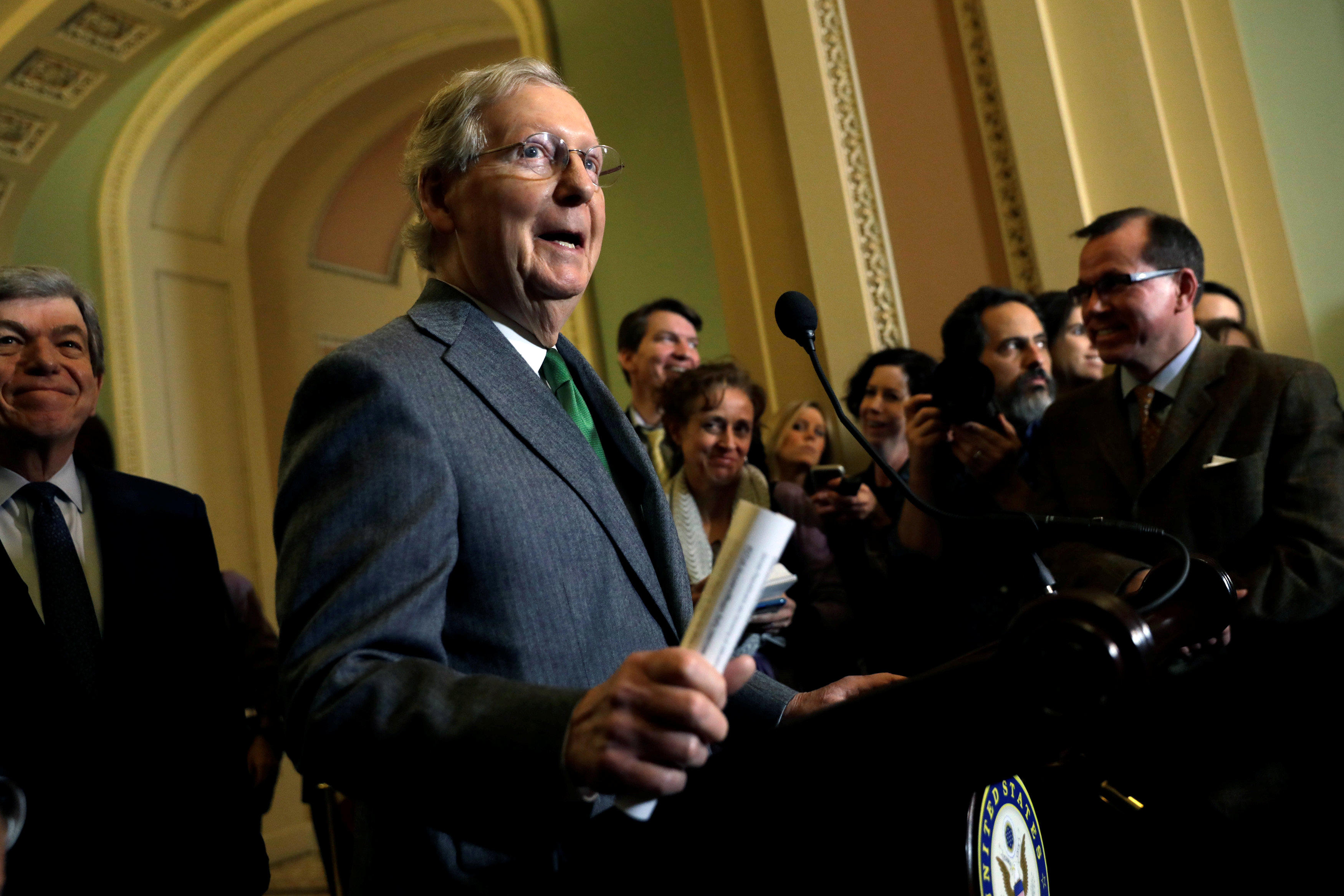 WASHINGTON -- The Senate on Tuesday narrowly confirmed one of President Trump's judicial nominees despite a rare "not qualified" rating from the American Bar Association. On a party-line vote of 50-48, the Republican-led Senate backed Leonard Steven Grasz to serve on the 8th U.S. Circuit Court of Appeals.

Grasz served for more than 11 years as Nebraska's chief deputy attorney general and was general counsel to the Nebraska Republican Party.

In one opinion he helped craft, he said the legacy of the landmark abortion rights ruling Roe v. Wade was its "moral bankruptcy." Another opinion he helped write warned of the "grave danger" of the Nebraska Supreme Court recognizing same-sex marriages from other states, and he advised that legislation refusing to recognize same-sex marriages could be defended against a constitutional challenge.

Some liberal advocacy groups fear Grasz will be hostile to abortion rights and laws protecting gays from discrimination.

Culture wars are hardly new when it comes to debates over the federal judiciary, but the battle over Grasz's confirmation has additional acrimony as the GOP demonstrates its resolve in getting Mr. Trump's nominees lifetime appointments.

Republicans have dismissed the ABA as a partisan interest group and described its rating as a "hit job." Democrats said Republicans are adopting the Trump playbook: "If you don't like the message, shoot the messenger," said Senate Minority Leader Chuck Schumer, D-N.Y.

Grasz was only the third nominee since 1989 to be unanimously deemed "not qualified" by the ABA. In that time, it has reviewed more than 1,700 nominees.

Since Grasz's evaluation, Brett Talley has also been unanimously rated "not qualified." Talley has been nominated to serve as a district judge in Alabama but has never tried a case in court. Grassley told CNN on Tuesday the White House "should not proceed" on the Talley nomination.

"If the White House goes forward with the vote, they're going to lose," responded Republican Sen. John Kennedy of Louisiana, a member of the Judiciary Committee. "It doesn't give me any joy to say that, but the man's just not qualified."

The ABA's rating is based on information gleaned from interviews with other lawyers, the writings of the nominee and interviews with the nominee. An evaluator gathers the information and presents it to a committee made up of 15 lawyers representing every judicial circuit in the country. A second evaluator looks at the case if there is a possibility of a "not qualified" rating.

In written testimony to the Judiciary Committee, the evaluators explained that "a significant number" of Grasz's peers raised concerns that his strongly held social views and deeply rooted political allegiances "would make it impossible for him to have an unbiased and open mind on critical issues."

The ABA said it is critical to protect the identity of the people they interview so they will be candid.

"I can't trust such a secretive process, especially when the ABA won't even shed any light on with whom it spoke," Grassley complained.

In most administrations, the ABA has been advised of proposed nominees before they have been announced publicly or their nominations have been sent to the Senate. That allowed any rating of "not qualified" to be considered by the president privately before a final decision. But the Trump administration has chosen to announce its nominees publicly before the ABA conducts its evaluation. President George W. Bush opted to go that route, too.

Prior to Mr. Obama, the younger Mr. Bush had seven nominees rated as not qualified; President Clinton had four.

So far, the ABA has rated 57 of Mr. Trump's nominees. Fifty-three came back as "well qualified" or "qualified." Four have been considered "not qualified."

Grasz told the committee that because of the nature of the ABA's process, it was impossible to know the reasoning behind "these anonymous comments." However, he said he represented the state in several high-profile cases involving controversial issues. In one such case, he assisted in the state of Nebraska's defense of its partial-birth abortion ban before the U.S. Supreme Court. The court struck down the ban 5-4 because it placed an undue burden on a woman's right to have an abortion and did not allow for exception in cases of threatened health.

"I fully understand the fundamental difference between serving as an advocate and a judge," he said. "Advocates represent their clients' interests. Judges must be neutral officials who apply the law as it exists and not according to any personal views or opinions."