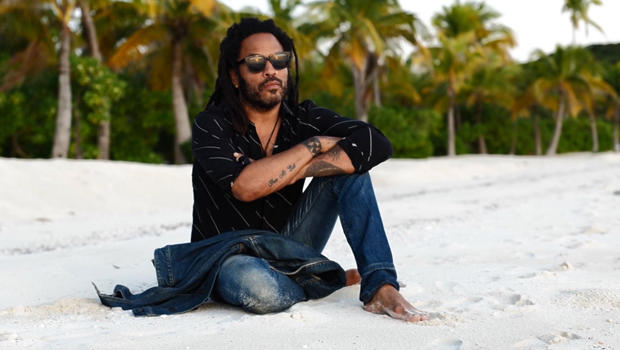 Lenny Kravitz has had hit records and packed concert venues. However, he admits that finding his sound and identity in the music business was a struggle, in an interview with Michelle Miller for "CBS Sunday Morning" to be broadcast October 4.

Kravitz opens up to Miller (co-host of "CBS This Morning: Saturday") about his childhood as the son of actress Roxie Roker, star of "The Jeffersons"; his career; his relationship with Lisa Bonet of "The Cosby Show"; and his new book, "Let Love Rule," out next week.

"I didn't want the book to be about rock stardom, fame, or any of that," Kravitz told Miller. "This was about getting there, finding my voice."

He writes that he lived a charmed childhood, enriched by his parents' extraordinary circle of friends; actress Cicely Tyson is his godmother, Diahann Carroll an honorary aunt. Kravitz recalled sitting on Duke Ellington's lap while the famed artist played the piano. And he said it was seeing a Jackson 5 concert that sparked his career.

Yet, when he was starting out, Kravitz struggled to find himself as an artist. He tried blue contact lenses, and changed his stage name to Romeo Blue. "I was not comfortable with myself at the time," he said.

"I just felt like there was David Bowie, and there was Prince … Lenny Kravitz just didn't fit in," Kravitz said. "But the exercise of going outside of yourself, changing your look, changing your name, led me right back to myself. So, it was a necessary part of the process.

"I was enough," Kravitz said. "And my name was correct."