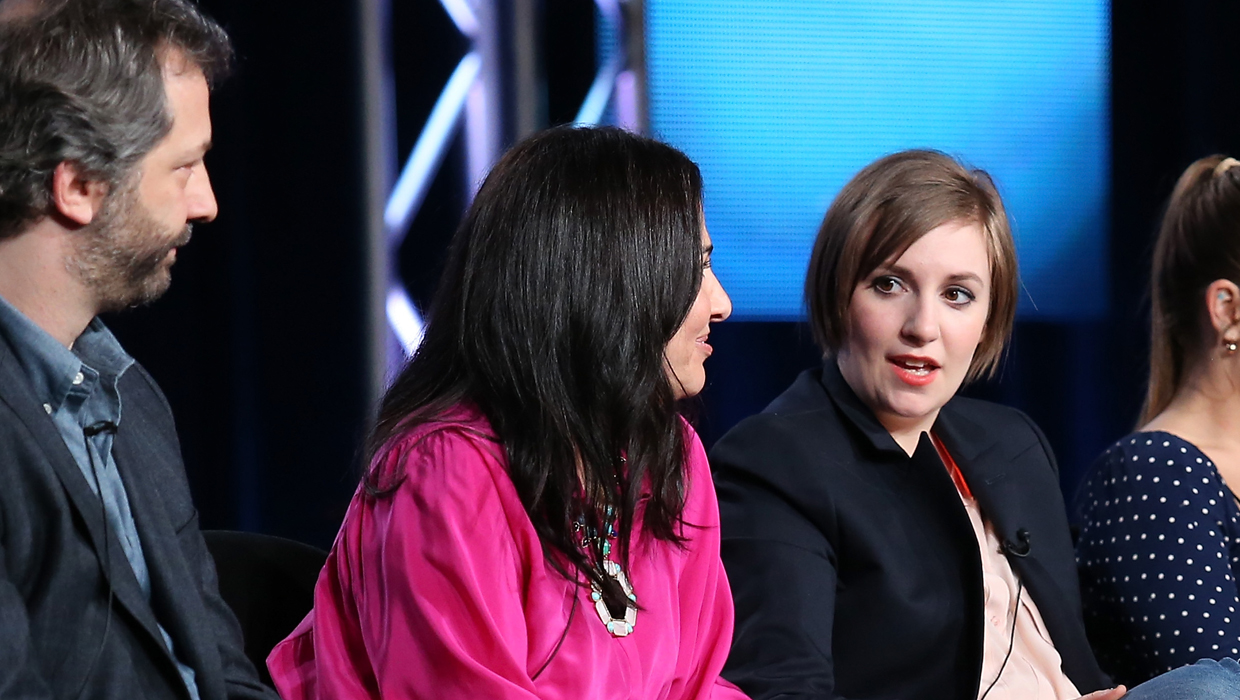 One of the executive producers of "Girls" went into a "rage spiral" after a male journalist asked why creator and star Lena Dunham has so many nude scenes on the HBO series.

At the 2014 Winter Television Critic's Association tour Thursday in Pasadena, Calif., tensions rose during a Q+A panel discussion for the third season after an unidentified reporter asked a question which apparently didn't sit too well with the show's creative team.

Entertainment Weekly published the reporter's question verbatim: "I don't get the purpose of all the nudity on the show -- by [Dunham] in particularly. I feel like I'm walking into a trap where you go, 'Nobody complains about all the nudity on 'Game of Thrones,' but I get why they do it. They do it to be salacious and titillate people. And your character is often nude at random times for no reason."

"That was a very clumsily stated question that’s offensive on its face, and you should read it and discuss it with other people how you did that,” Apatow said. "It's very offensive."

Dunham was also highly critical of the question, pointing out that her nudity is "A realistic expression of what it’s like to be alive. But I totally get it. If you’re not into me, that’s your problem and you’re going to have to work that out with professionals.”

According to ET Online, Apatow said that he found the question "offensive" and asked the journalist, "Do you have a girlfriend? Does she like you? Let's see how she likes you when you quote that with your question, just write that whole question as you stated it. Then tell me how it goes tonight."

But that wasn't the end of it.

Several minutes later, Konner once again brought up the reporter while Dunham was in the middle of answering a separate, unrelated question.

"I literally was spacing out because I'm in such a rage spiral about that guy," she said as she pointed to the journalist in the audience. "I was just looking at him and going into this rage [over] this idea that you would talk to a woman like that and accuse a woman of showing her body too much. The idea it just makes me sort of sick."

The nude scenes on "Girls," those involving Dunham in particular, have been a source of debate and conversation among bloggers, media pundits and TV viewers ever since the series first made its debut in 2012.  Some have praised the show's display of physiques audiences may not be used to seeing on TV, while others have deemed it gratuitous.

Also on Thursday, HBO announced that "Girls" had been renewed for a fourth season.

Tell us: Do you think the journalist asked a fair question? Or was he being "offensive" as Apatow said?