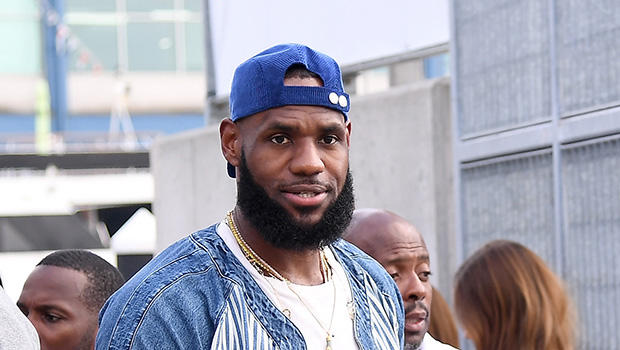 There's a new wrinkle in the LeBron-Jordan debate: Who will be the more beloved Tune Squad star? On Wednesday, James and his production company, SpringHill Entertainment, announced a sequel to 1996's "Space Jam," one that boasts an all-star team: Ryan Coogler of "Black Panther" is set to produce the film, James will star and Terence Nance of "Random Acts of Flyness" will serve as director.

It's James' first starring role in a film. The Lakers superstar had a well-liked part playing himself in "Trainwreck" opposite Amy Schumer. He told the Hollywood Reporter that he "loved [Coogler's] vision" for "Black Panther" and believes the director will bring the same magic to "Space Jam."

"The 'Space Jam' collaboration is so much more than just me and the Looney Tunes getting together and doing this movie," said James. "It's so much bigger. I'd just love for kids to understand how empowered they can feel and how empowered they can be if they don't just give up on their dreams. And I think Ryan did that for a lot of people." James will star, of course, alongside Bugs Bunny.

As much as fans have tried to pit James against original "Space Jam" star Michael Jordan, the two joined forces in August after President Trump taunted James on Twitter. During an interview with Don Lemon on CNN, James said he "would never sit across from" the president.

Mr. Trump fired back and said, "Lebron James was just interviewed by the dumbest man on television, Don Lemon. He made Lebron look smart, which isn't easy to do. I like Mike!"

Jordan, who is known for generally remaining politically objective, responded to the comment and said to NBC, "I support LJ. He's doing an amazing job for his community."