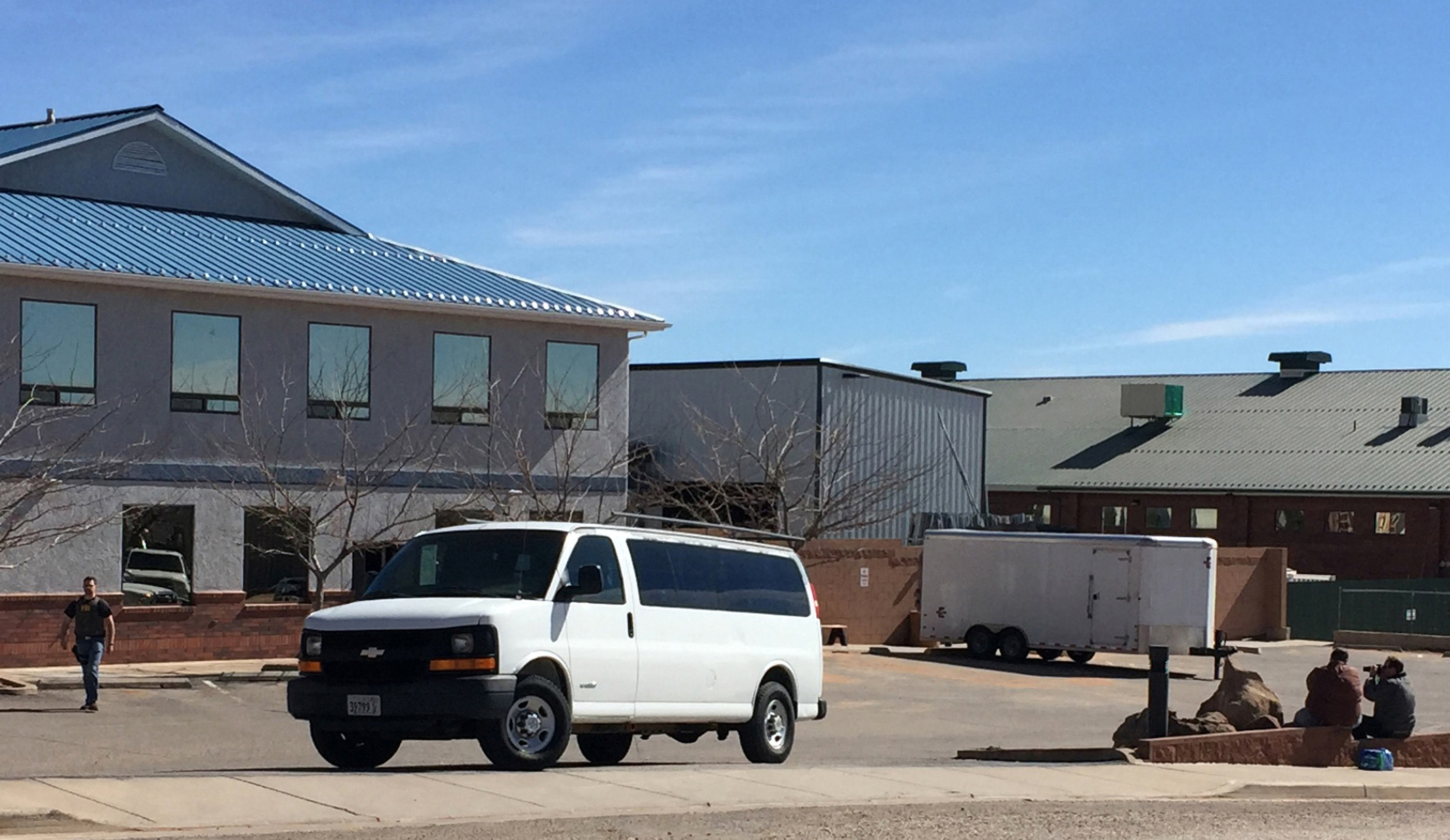 SALT LAKE CITY -- Several top leaders from Warren Jeffs' polygamous sect were arrested Tuesday on federal accusations of food stamp fraud and money laundering -- marking one of the biggest crackdowns on the group in years.

The charges are the government's latest move targeting the sect based on the Utah-Arizona border, coinciding with legal battles in two states over child labor and discrimination against nonbelievers.

Prosecutors accuse church leaders of orchestrating a yearslong fraud scheme instructing members how to use food-stamp benefits illegally for the benefit of the faith and avoid getting caught, according to an indictment from the U.S. Attorney's Office in Utah.

One common tactic was buying groceries with the food stamps and giving the supplies to the church's communal storehouse for leaders to choose how to divvy up. Other times, members would give their cards to others who weren't supposed to use them, prosecutors said.

They also would swipe the cards at church-run stores without walking away with foods or goods, leaving the money to the store owners. Some of those funds were then used to pay thousands for a tractor and a truck, the indictment shows.

Eleven people were charged in the scheme, including Lyle Jeffs and Seth Jeffs, top-ranking leaders of the Fundamentalist Church of Jesus Christ of Latter Day Saints and brothers of imprisoned sect leader Warren Jeffs.

Lyle Jeffs runs the day-to-day operations in the polygamous community of Hildale, Utah, while Seth Jeffs leads a branch of the group in South Dakota. Their brother is serving a life sentence in Texas for sexually assaulting girls he considered brides at a secretive church compound in that state.

The bust goes well beyond fraud - putting in doubt who will lead the group and how members will respond to a decisive message from government officials they have historically despised, said Amos Guiora, a University of Utah law professor who has studied the church.

"This is a clear drawing of that magical line in that sand that government will not tolerate crimes committed in the name of religion," Guiora said.

The sect does not have a spokesman or a phone listing where leaders can be contacted. The Associated Press could not verify if the defendants had attorneys yet.

Blake Hamilton, an attorney representing Hildale, said none of those indicted was serving in a government position and that it had nothing to do with the city government.

The arrests come amid a civil rights trial in Phoenix against the twin polygamous towns of Hildale and Colorado City, Arizona, in which prosecutors say the communities discriminated against people who were not members of the church by denying them housing, water services and police protection.

Federal labor lawyers also are going after the group on allegations that leaders ordered parents to put their kids to work for long hours for little pay on a southern Utah pecan farm.

The communities deny the allegations.

Prosecutors said the actions in this new case weren't coordinated. But private investigator Sam Brower, who has spent years investigating the group, said authorities seemed to have gotten help from large numbers of people who have been kicked out or left amid a series of increasingly bizarre orders from Jeffs and leaders loyal to him.

"This is huge blow," Brower said. "Combined with everything else, it's incredible."

The indictment doesn't provide a total dollar figure for the amount of food stamp fraud allegedly committed, but prosecutors said a large percentage of people in the group receive food-stamp benefits amounting to millions of dollars each year.

"Today's indictment is the culmination of the tireless efforts," said Eric Barnhart, special agent in charge of the FBI's Salt Lake City field office. "The violations included in the indictment are especially egregious since they allege that leaders of the conspiracy directed others to commit crimes, for which only certain people benefited. This type of conduct represents nothing less than pure theft."

The indictment says the food-stamp proceeds would be deposited into the accounts of two church-controlled companies, and managers of both stores transferred the money to three additional companies that acted as fronts for the sect's storehouse and concealed the nature of the proceeds.

Guiora said group members refer to the practice as "bleeding the beast," taking money from a government they disdain and using as they see fit.

Most of the defendants -- who face up to five years in prison for food stamp fraud and up to 20 years for money laundering -- are expected to make initial court appearances Wednesday.

If the leaders remain jailed and get convicted, "there are clear questions about who is going to lead a flock that is very leadership dependent," Guiora said.