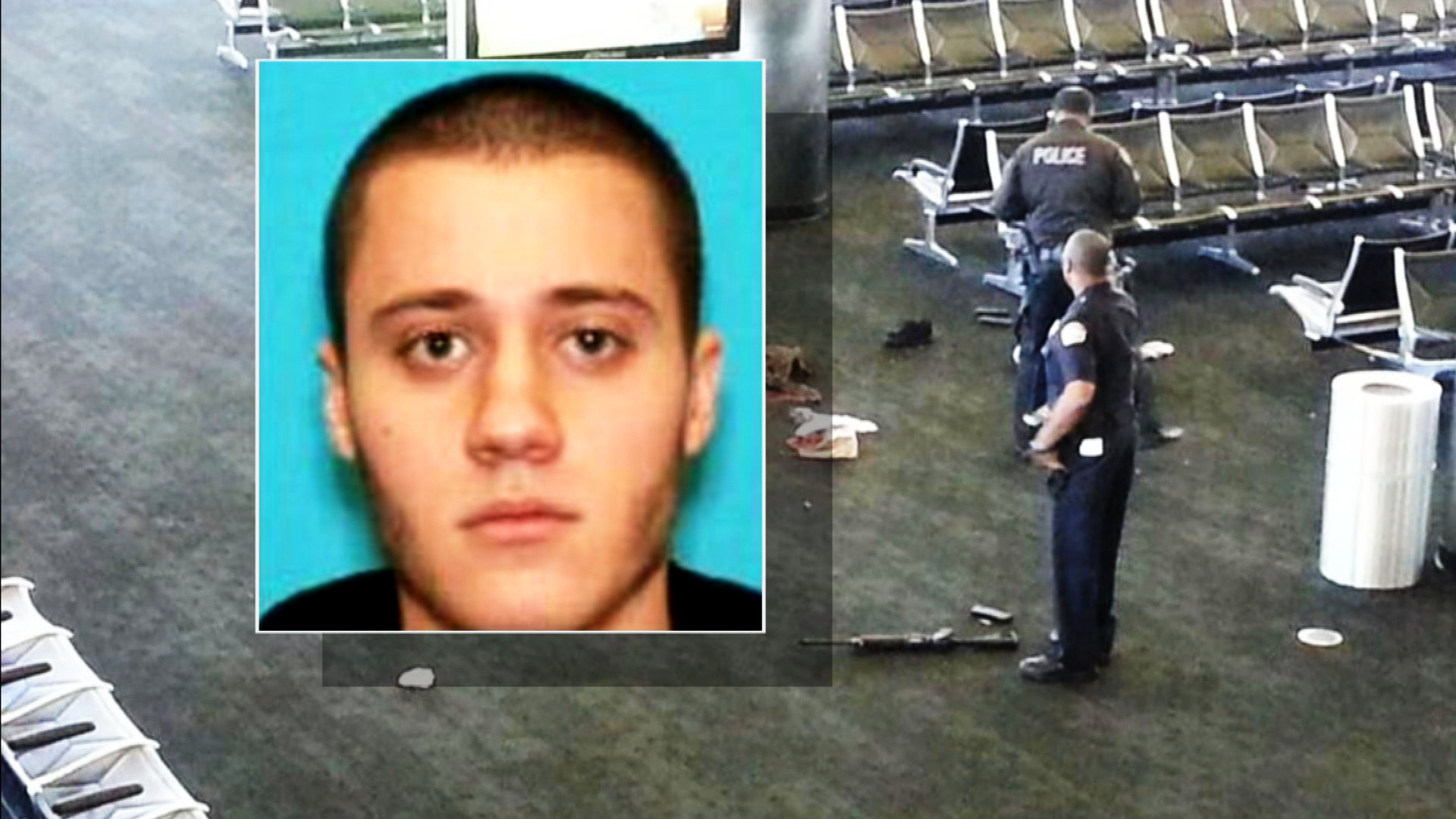 (CBS/AP) LOS ANGELES - The gunman chargedin the deadly shooting at Los Angeles International Airport lay bloodied and handcuffed on the floor of Terminal 3 after being gunned down by police, but he replied to critical questions that helped authorities lock down the scene.

Paul Ciancia, 23, was hauled away moments later on a stretcher and later heavily sedated for medical reasons, but not before he told investigators he had acted alone when he opened fire in the terminal, a law enforcement official who has been briefed on the investigation told The Associated Press on Sunday.

Ciancia, an unemployed motorcycle mechanic who recently moved to Los Angeles from the small, blue-collar town of Pennsville, N.J., also told police a friend had dropped him at LAX on Friday just moments before he shot a Transportation Security Administration officer at point-blank range and wounded three other people, including two more TSA workers.

Officials do not believe that the friend knew of the shooter's plans. Ciancia arrived at the airport in a black Hyundai and was not a ticketed passenger.

Ciancia was under 24-hour armed guard at the hospital Sunday after being shot four times, the official said. He was sedated for medical reasons, the official said, adding that one gunshot to the mouth blew a molar out of his jaw.

Ciancia is facing charges of murder of a federal officer and committing violence at an international airport. The charges could qualify him for the death penalty. It wasn't immediately clear when he would make a first court appearance given his medical condition.

In court documents and interviews, authorities spelled out a chilling chain of events, saying Ciancia walked into the airport, pulled a .223-caliber assault rifle from his duffel bag and fired repeatedly at 39-year-old TSA officer Gerardo I. Hernandez. He turned back to see Hernandez move and returned to finish him off, according to surveillance video reviewed by investigators.

He then fired on two other uniformed TSA employees and an airline passenger, who all were wounded, as he moved methodically through the security checkpoint before airport police shot him as panicked travelers hid in stores and restaurants.

It wasn't clear why Ciancia targeted TSA officers, but what he left behind indicated he was willing to kill any of them that crossed his path, authorities revealed.

The shooter's duffel bag contained a handwritten letter signed by Ciancia stating he'd "made the conscious decision to try to kill" multiple TSA employees and that he wanted to "instill fear in their traitorous minds," FBI Agent in Charge David L. Bowdich said.

"Black, white, yellow, brown, I don't discriminate," the note read, according to a paraphrase by a law enforcement official briefed on the investigation. The official spoke on the condition of anonymity because he was not authorized to speak publicly.

The letter also talked about "how easy it is to get a gun into the airport," the law enforcement official said.

When searched, the suspect had five 30-round magazines, and his bag contained hundreds more rounds in boxes.

The general counsel for a union representing TSA workers, David Borer, says the shooting is proof that there should be a larger police presence in airports, reports CBS News correspondent Jeff Pegues. Also, security at all U.S. airports is under scrutiny in the wake of the shooting, Pegues says. One question: Should TSA officers be armed?

U.S. Rep. Michael McCaul, R-Texas, chairman of the House Homeland Security Committee, said on CNN's State of the Union on Sunday that Ciancia's actions show how difficult it is to protect travelers at a massive airport such as LAX.

The terminals are open and easily accessible to thousands of people who arrive at large sliding glass doors via a broad ring road that fronts the facility and is designed to move people along quickly.

The FBI has served a search warrant on a Sun Valley residence where Ciancia lived, Ari Dekofsky, a spokeswoman for the FBI's Los Angeles field office, said Sunday. Agents are still interviewing people, she said.

Authorities believe the rifle used in the shooting was purchased in Los Angeles. Ciancia also had two additional handguns that he purchased in Los Angeles, but which weren't at the crime scene, a law enforcement official said. The official, who has been briefed on the investigation, was not authorized to speak publicly and requested anonymity.

The purchases themselves appeared legal, although authorities were still tracing them, and it's unclear if the shooter used his own identification or someone else's, the official said.

Hernandez, a three-year veteran of the TSA, moved to the U.S. from El Salvador at age 15, married his sweetheart, Ana, on Valentine's Day in 1998 and had two children.

The other two TSA officers wounded in the attack have been released from the hospital. On Sunday, the TSA identified them as James Speer, 54, and Tony Grigsby, 36.

The FBI was still looking into Ciancia's past, but investigators said they had not found evidence of previous crimes or any run-ins with the TSA. They said he had never applied for a job with the agency.