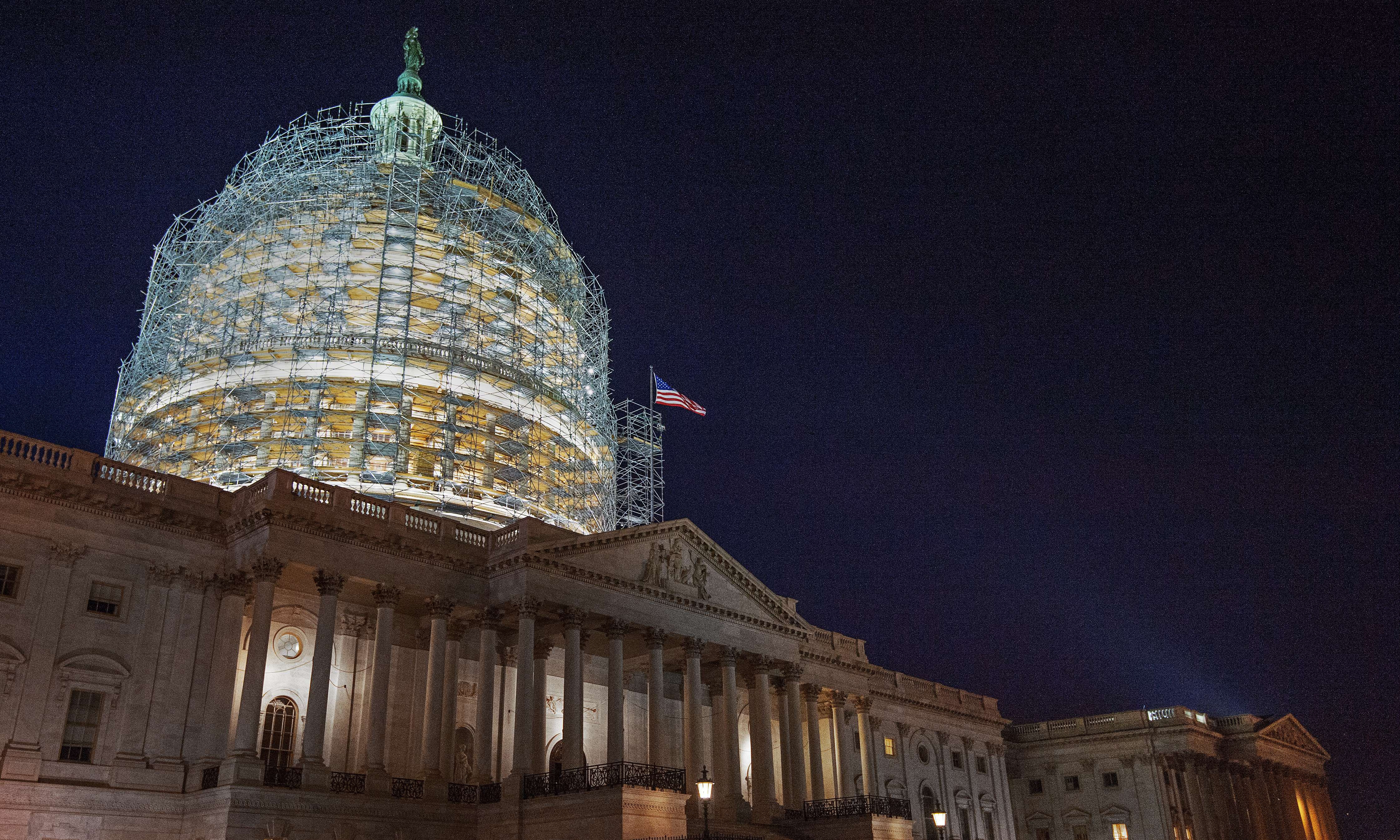 Congressional leaders late Tuesday reached a deal on a $1.1 trillion spending package to fund the government through next September, and on a package to extend and make permanent some expired tax provisions.

The text of the more than 2,000-page spending bill was posted very early Wednesday morning after weeks of negotiations between Democrats and Republicans on Capitol Hill over contentious policy riders.

Among its major provisions, the deal lifts a decades-old crude oil export ban in exchange for a package of renewable energy tax credits and conservation policies. It also includes language to reform the visa waiver program and to reauthorize the Zadroga Act's health and compensation funds for 9/11 responders, victims and their families.

If it's passed by Congress and signed by President Obama, the package will take the threat of a government shutdown off the table until Sept. 30, about a month before the 2016 elections.

The House and Senate were originally expected to vote on the spending package Thursday, but because the bill was posted so late, votes will likely be pushed to Friday. Congress will first have to pass another short-term bill, lasting a few days, to keep the government funded beyond Wednesday.

Ryan spokeswoman AshLee Strong said, "While not getting everything we wanted, the speaker noted that both packages include many provisions that Republicans have long fought for. The speaker noted that though there are significant wins in these packages, we must not repeat this process and instead get back to regular order in 2016."

The biggest things Republicans scored was the repeal of the 40-year-old ban on crude oil exports, as well as provisions in the tax extenders deal that would delay ObamaCare's so-called Cadillac tax and the medical device tax for two years.

Among the wins for Democrats, the spending bill does not contain a number of riders demanded by conservatives and opposed by Mr. Obama.

It excludes, for example, language that would restrict the Obama administration's plan to take in at least 10,000 Syrian refugees. Instead, the bill focuses on reforming the government's visa waiver program in the wake of the Nov. 13 Paris terror attacks.

The bill also preserves funding for Planned Parenthood, which Republicans had threatened to strip after an anti-abortion group released numerous undercover videos showing officials discussing the transfer of fetal tissue.

Democrats "beat back about 150 Republican riders," a senior Senate leadership aide said. There are no riders, for example, that target the Dodd-Frank Wall Street financial reform law or environmental regulations, and there is no campaign finance provision that Senate Majority Leader Mitch McConnell, R-Kentucky, had been pushing.

The spending bill also doesn't include GOP riders that would have targeted the U.S.'s new policy to normalize relations with Cuba.

Democrats, meanwhile, were unsuccessful in their bid to remove language that has prevented the Centers for Disease Control and Prevention from researching gun violence for nearly 20 years, the aide said. Congress has included that provision since 1996, and Republicans have said a spending bill is not the place to target the Second Amendment.

The measure contains an agreement to reauthorize the Zadroga Act, which provides health and compensation benefits to first responders from 9/11 as well as victims and their families. The bill would extend the health fund through 2090 at a $3.5 billion cost. The compensation fund would be funded for five years for $4.6 billion, another aide told CBS News.

The bill takes aim at Democratic presidential front-runner Hillary Clinton and her use of a private email server while she was secretary of state by prohibiting funding for any private email accounts or servers and requiring that all departing employees turn over their records to the government.

Other notable additions include a $2 billion increase to the National Institutes of Health (NIH), which is the largest increase in more than a decade. The bill also provides $70 million to programs to improve policy-community relations, which would cover the purchase of body cameras for law enforcement.

This marks the first omnibus bill negotiated under Speaker Ryan, who took the gavel in November. Since the final deal excludes provisions that conservatives had demanded, the bill will likely need Democratic votes in order to be passed ikn both chambers.

It adheres to the budget deal signed by the president last month, which lifted spending levels by $80 billion over two years, split evenly between the military and non-defense domestic programs. It also contained a $32 billion increase for the Pentagon's war fund, which has been used to finance operations against the Islamic State in Iraq and Syria (ISIS).