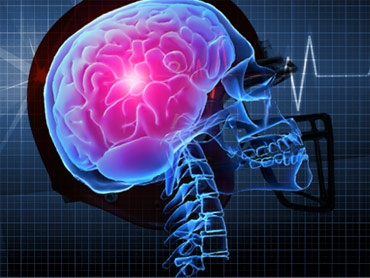 Doctors warned lawmakers on Thursday that student athletes risk altered lives and permanent brain damage if schools don't protect them from the effects of blows to the head.

A House committee grappling with how best to safeguard young athletes also heard from an NFL player who recently retired because of post-concussion problems; a mother whose son, a University of Pennsylvania football player with brain damage, committed suicide; and a high school girl unable to keep up with her classes since suffering a concussion on the soccer field.

Education and Labor Committee chairman George Miller, D-Calif., cited estimates of 300,000 sports-related concussions a year. The actual number, if recreational and playground injuries are included, is far higher, he said, and many go unreported, partly because athletes want to stay on the field and may not know the risks.

Miller has introduced legislation that would require school districts to develop plans for concussion safety and management and increase student and parent awareness of their dangers. Schools would also have to provide support for students recovering from concussions.

Students suspected of sustaining a concussion during a school event would be prohibited from returning to the playing field that day and require evaluation by a health care professional.

Several states have adopted similar measures, but Dr. Gerard Gioia, chief of pediatric neuropsychology at Children's National Medical Center in Washington, D.C., said standard guidelines are crucial. He said a survey he conducted this summer of 140 Washington-area school nurses found that less than half are prepared to assess a concussion and less than one-third are prepared to offer academic support.

The Rev. Katherine Brearley's son Owen Thomas, a 21-year-old Penn football player, had no known concussions when he committed suicide last April. It was discovered after his death that he had the onset of chronic traumatic encephalopathy, a brain disease that could have been brought on by repeated head trauma.

"Clearly changes are needed in the medical community as well as the sports community," she told lawmakers.

Sean Morey, a former NFL Pro Bowl player who retired this year after suffering "more concussions than I care to admit," said that in the NFL, "players don't ever want to show any vulnerabilities ... I think the culture has to shift." Morey last season was named co-chair of the NFL Player's Association's concussion and traumatic brain injury committee.

Concussions are caused by a blow that forces the head to move violently. They can affect memory, judgment, reflexes, speech, balance and muscle coordination and the symptoms become worse if not properly treated. Young people, particularly girls, are more susceptible to long-term repercussions than adults.

Gioia said 90 percent of students treated in his clinics report significant worsening of post-concussion symptoms when they attempt school tasks, with problems persisting well beyond a month for many students.

One of his patients, Alison Conca-Cheng, a 17-year-old Maryland high school student, told the hearing that since suffering a concussion on the soccer field she has experienced fatigue, headaches and problems with her memory and concentration. She's had to take a 10-minute break after doing 30 minutes of homework to "cool off" her brain.

Concussions are almost as frequent in girls' soccer as boys' football, said Stanley Herring, team doctor for the Seattle Seahawks and a member of the NFL head, neck and spine committee.

NFL Commissioner Roger Goodell wrote Miller Wednesday to express support for his legislation and describe how pro football is working with the Centers for Disease Control and Prevention and other groups to expand awareness of the dangers of concussions to student athletes.

Watch a "60 Minutes" story on head injuries in football below: