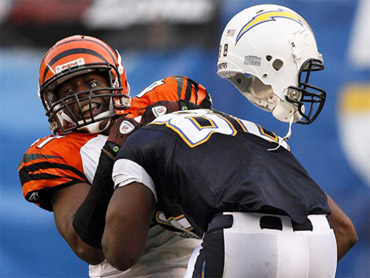 In March, the NFL adopted rules to protect defenseless players.

Now they want to make the players less defenseless.

According to a report in USA Today, the league will encourage players to wear more knee, thigh and hip padding during the preseason. The hope is to make the changes mandatory for the 2011 season, according to Ray Anderson, the NFL's vice president of football operations.

"We're not going to relinquish on player safety," Anderson told the newspaper. "Particularly when we know we can prevent lost workdays and help players stay on the field. That's to their benefit and the club's benefit."

Amid a spate of concussions and growing concern about player safety, the NFL has been pushing for more rule changes to reduce injuries.

Many players no longer use knee, thigh and hip pads in order to gain speed. Currently, only uniforms, helmets and shoulder pads are mandatory, according to the report.

The league is going to ask some players to test newer and lighter equipment this summer.