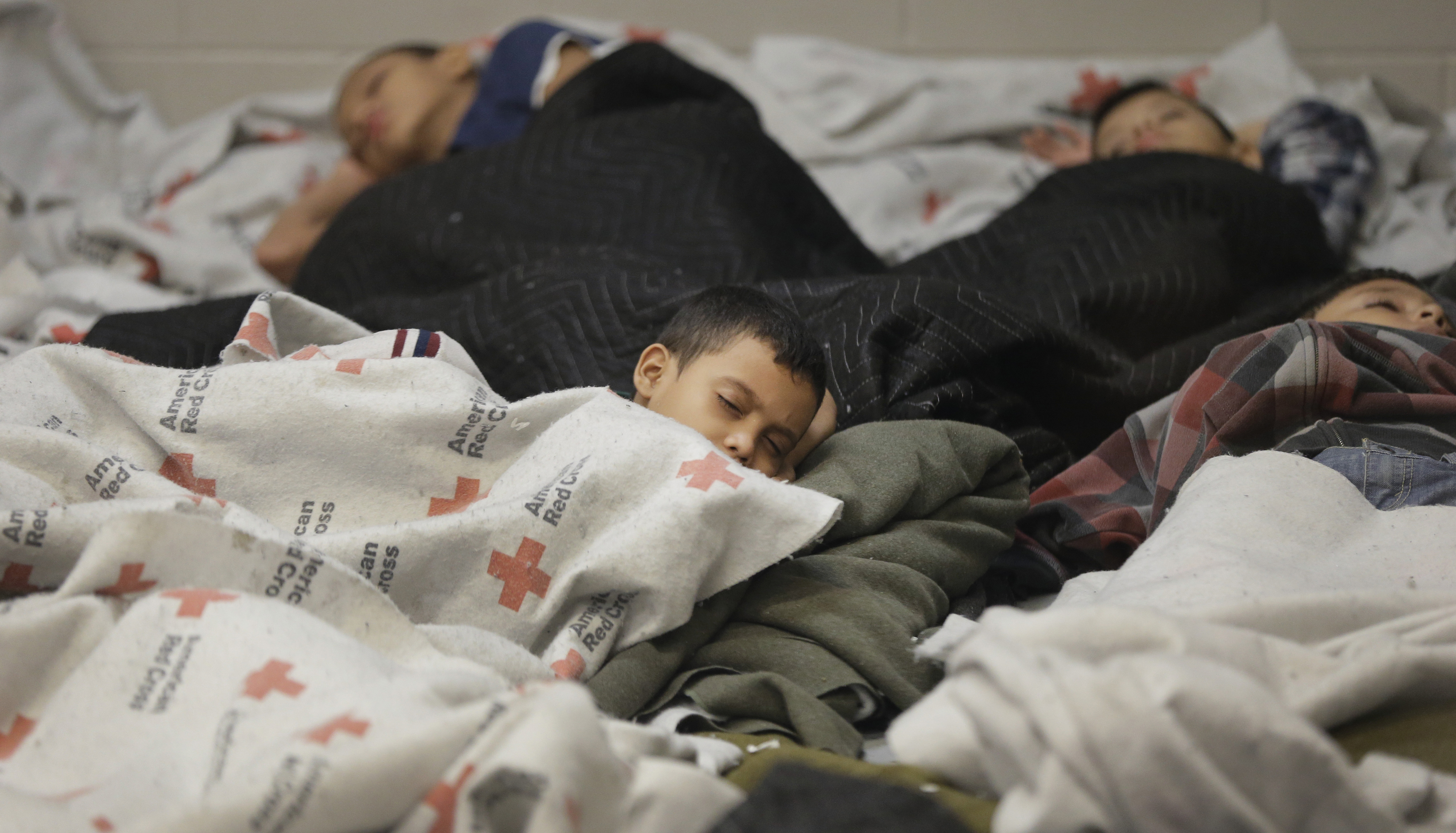 Sen. John McCain, R-Ariz., says the U.S. should be sending "plane-loads of children" back to Central America as quickly as possible to put an end to the current crisis at the border. However, the Congressional Hispanic Congress vehemently disagrees, noting that those children are legally entitled to their day in court before being deported.

As lawmakers hunkered down Friday on opposite sides of the issue, the debate over the rules governing the deportation of undocumented minors from Central America seemed like a growing roadblock as Congress aims to solve the current border crisis.

President Obama has asked Congress for an extra $3.7 billion to deal with the surge of unaccompanied minors arriving at the U.S.-Mexico border. However, McCain said Friday that he and other Senate Republicans won't vote for the package unless Congress also amends a 2008 law that makes it easier to deport children from Mexico or Canada than from non-contiguous countries.

Families from Central America who are desperate for their children to live in the U.S. are "exploiting a provision of the law that was passed in 2008 that was intended to address the issue of human trafficking," McCain said from Phoenix.

"Neither I nor the majority of my Republican colleagues will support the expenditure of billions ... until we have addressed the source of the problem," he said. "That means the repeal of the law that was passed that creates this loophole."

The children who arrive at the border, McCain said, must be "immediately returned." In order to send the message to Central American parents that the dangerous trip to the U.S.-Mexico border is not worth it, the senator said the U.S. has to send "plane-loads of children" back to their native countries.

However, earlier in the day, members of the Congressional Hispanic Caucus said they will gladly support Mr. Obama's $3.7 billion request -- as long as there are no riders, such as a repeal of the 2008 law.

"Republicans will have the Hispanic Congressional Caucus to contend with" should they try to repeal the law, Rep. Luis Gutierrez, D-Ill., said. He added that the CHC would not sit silently by while "children are being demonized... when their legal rights are being questioned."

"The Congressional Hispanic Caucus is unified in supporting the fair treatment of children... We support the president following the law and giving children a meaningful day in court," the congressman said.

He pointed out that the 2008 law had strong bipartisan support when passed -- including support from conservatives opposed to immigration reform, like Reps. Louie Gohmert, R-Texas, and Steve King, R-Iowa.

Gutierrez said that if lawmakers are interested in speeding up the deportation process for these children, they should pass the supplemental funding bill so that immigration courts are fully funded and can handle more cases.

"I think we should speed up the process... to make sure they are not warehoused in overcrowded conditions," he said. "But they get their day in court as the law mandates."

A day earlier, the 2008 law did not seem like a major roadblock. House Minority Leader Nancy Pelosi, D-Calif., said on Thursday that amending the law is "not a deal-breaker" for Democrats.

The White House has suggested that it agrees with the Hispanic Caucus that the children in question deserve a day in court.

"What we're focused on is the ultimate goal, and that ultimate goal would be the efficient removal of those individuals who are found after going through due process, are found to not have a legitimate legal basis for remaining in the country," White House spokesman Josh Earnest said Friday.

However, he suggested the administration is open to changing the 2008 law.

"If that means changing the 2008 law, if it means giving greater authority to the secretary of homeland security, if it requires passing some other law, we're focused on the end results," Earnest continued. "And if the end result reflects the principles that I have laid out, then I would anticipate we'd be in a position to support it. But that's the nature of the kinds of conversations that are ongoing between the administration and Capitol Hill as we work through getting the resources and authority that are necessary to deal with this problem."

Migrants are caught in Belarus-EU "hybrid warfare," and it's killing them
More
Stephanie Condon