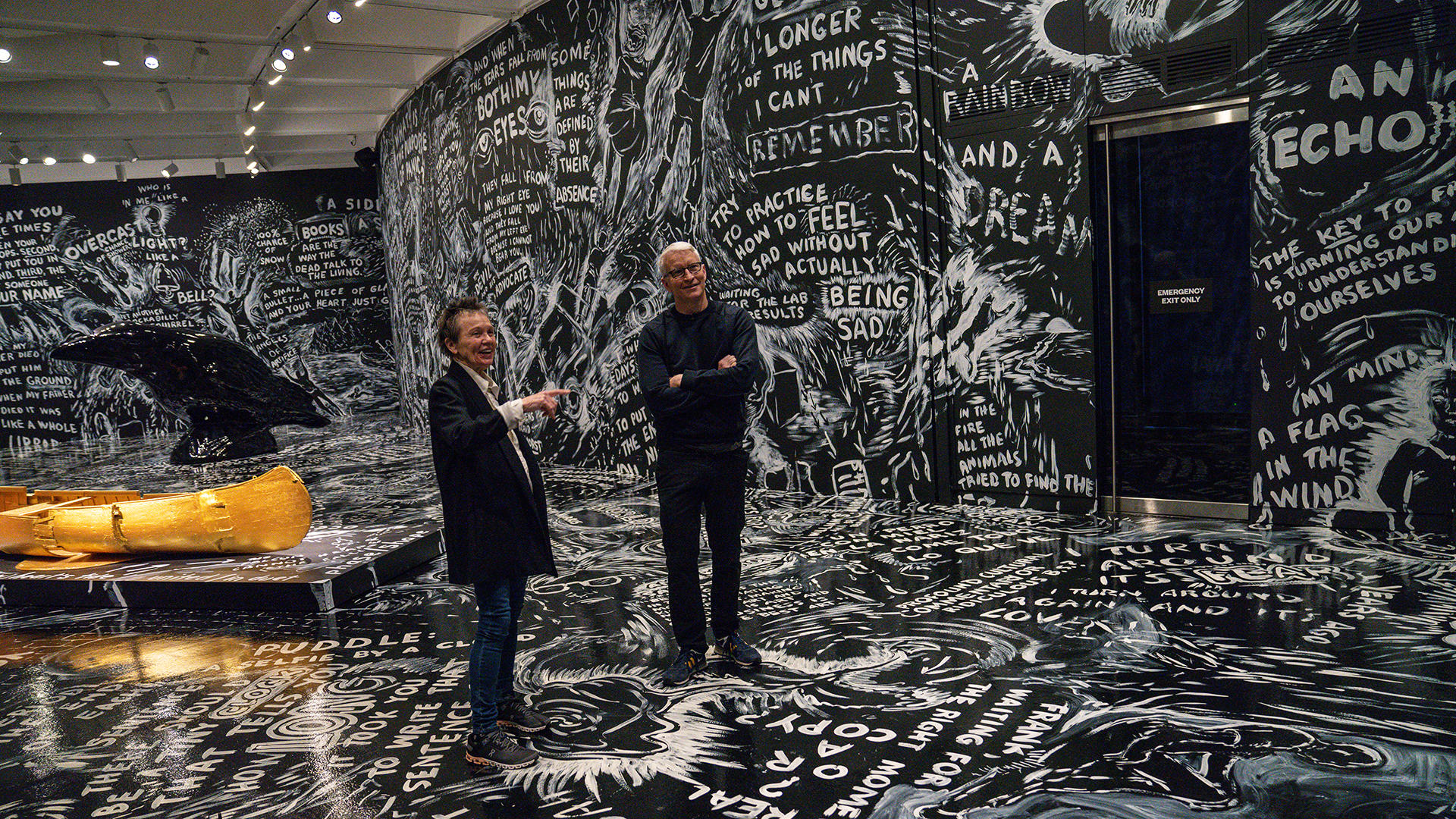 "Boxes are… limiting," performer and musician Laurie Anderson told 60 Minutes correspondent Anderson Cooper while sitting in a room surrounded by her work.

The avant-garde artist's exhibition titled "The Weather" is currently on display at the Smithsonian's Hirshhorn Museum in Washington, D.C.

In an interview broadcast Sunday on 60 Minutes, Laurie Anderson said it's difficult to categorize her creative life.

Of all the stories Laurie Anderson has told, perhaps none gained more global recognition than her 1981 hit record "O Superman." She calls the eight-minute song "a prayer."

"This was a song basically about how technology cannot save you," Anderson told 60 Minutes.

Laurie Anderson said she originally recorded the song using money from a grant and guessed she had about a hundred records laying around her apartment when a British DJ called and requested 80,000 records to be delivered within a week.

The request led Anderson to ask Warner Bros. for help fulfilling the order. It also led to her signing an eight-record deal with the label.

You can watch Laurie Anderson perform alongside cellist Rubin Kodheli and flutist Tenzin Choegyal at a 2022 virtual benefit concert for the Tibet House U.S. below.

Additional footage of "The Weather" exhibition provided by the "Hirshhorn Museum."