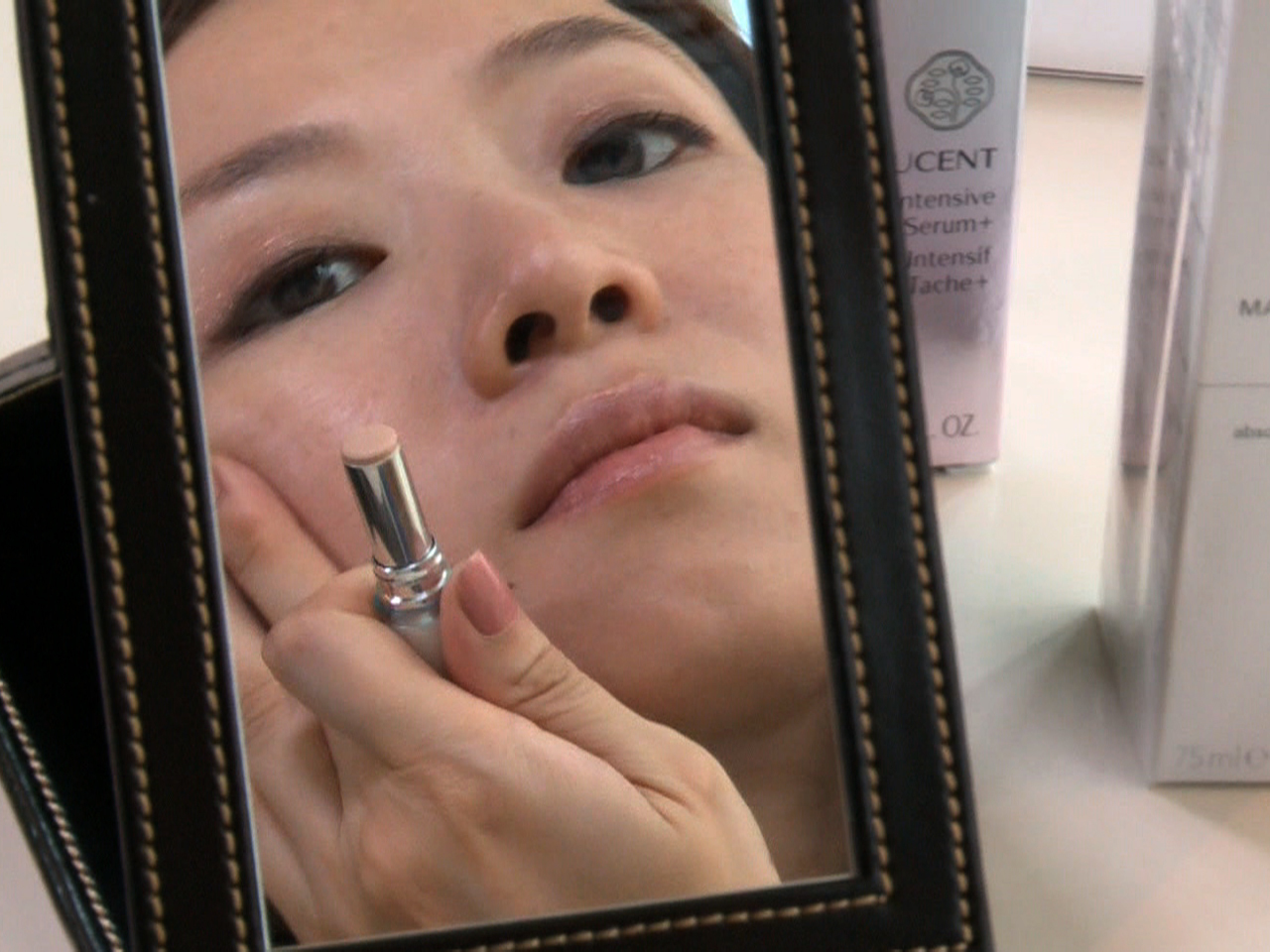 (CBS News) There's a trend that's sweeping China these days that truly has to be seen to be believed. Barry Petersen has sent us this Postcard from Beijing.

"In China," she said through a translator, "there is an old saying, that fairness covers one hundred faults."

Then, a special diet of foods that she believes have skin-lightening abilities: Milk and Chinese yams. She said, "If you eat dark, like soy sauce, you will get dark."

Also, she keeps well-hidden from the sun when she's outside. "It shows that a woman takes good care of her skin, and more people will be jealous of her."

Aki might be forgiven for caring so much about her skin. She is, after all, the beauty director of the Chinese-language Cosmo Bride, tracking every new whitening cream pouring into the market.

A trend that is one of the newest - and oldest - fashion statements in China.

Here's the NEW part: TV advertising is making sales of skin lightening products a $2 billion a year business in China, and still growing, in a country where a focus on beauty is one of the benefits of new-found wealth, and where many Chinese women think fairer skin makes it easier to get everything from a better job to a better boyfriend.

And here's the OLD part, going back, say some, to 700 BC, as depicted in the 2006 film "The Banquet" - a time when rich women at the Imperial court used ground-up pearls as a white face powder to give them that light complexion.

"Those who work outside, till the fields, of course tend to acquire a very dark complexion, whereas those inside - nobles, aristocracy - highly value white skin as a result, or lighter skin," said Dikotter. "Women in Europe and North America tend to want to have a tan skin ... whereas in China, what is wanted is very clear complexion."

At a Chinese beach, one can see the anti-sun mask, a full head-and-neck no-tan system.

And for those with money to spend who want to take it a step further, there is another expensive fashion trend ready to help out. At the EverCare plastic surgery center in downtown Beijing, Dr. Chang Weiling shows off before-and-after pictures of saggy skin tightened, noses reshaped, and skin lightened with freckles gone, thanks to laser treatments and whitening injections.

"You know, no one would like to be called a 'yellow-face woman,' so you have to get rid of brown spots in order to maintain a fair color," said Dr. Chang, through an interpreter.

Which brings us back to Aki. Her magazine is a bastion of beauty, making her one of China's arbiters of the perfect look.

"For you, what color are you trying to achieve?" Petersen asked.

"My ideal is, of course, to have even, white, luminous and smooth silk, like the egg white of a boiled egg," she replied.

Perfect beauty that is all about being only skin deep.