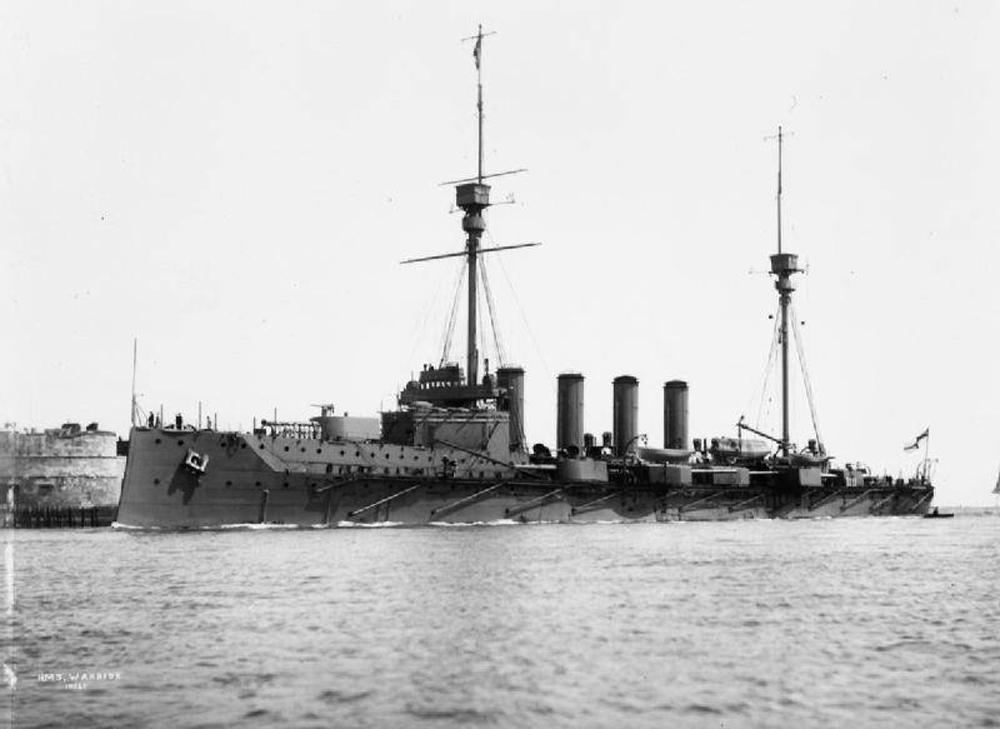 The wreck of the British warship HMS Warrior — the “last shipwreck” from the Battle of Jutland during World War I — has been discovered near Norway. The marine exploration team that found the shipwreck also recently located the wreck of a World War II-era British submarine in the same region.

The HMS Warrior is the last of the Jutland wrecks to be located, out of 14 British and 11 German warships that were sunk on May 31 and June 1, 1916, as the Imperial German High Seas Fleet tried to break out from the Royal Navy blockade of the North Sea.

“It’s the only wreck left from the Battle of Jutland that we can categorically say is completely unspoiled,” said Innes McCartney, a marine archeologist at Bournemouth University in the United Kingdom. [See Photos of the Search for the WWI-Era HMS Warrior]

“It’s completely upside down, and it sank down into an area of very soft seabed, right to the level of the upper deck — so everything inside it is completely sealed in,” McCartney told Live Science.

More than 250 warships took part in the Battle of Jutland, the largest naval engagement of World War I, and more than 8,500 men were killed, according to British and German wartime records.

McCartney said the HMS Warrior, an armored cruiser, was heavily damaged during the battle by gunfire from the German cruiser SMS Derfflinger, but it had attempted to make its way back to Britain.

When the ship’s engines failed, the Warrior was towed throughout the night by a British aircraft carrier, the HMS Engadine. By morning, however, the Warrior had filled with water, and it was abandoned after its surviving crew of around 700 were taken off, McCartney said.

He added that the final resting place of the Warrior was unknown until the wreck was discovered on Aug. 25, using sonar scans and a remotely operated underwater vehicle (ROV) equipped with video cameras.

The Warrior is the second major shipwreck found in the area within a few months by McCartney and Danish marine exploration firm JD-Contractor AS, which operates the survey ship Vina. The survey is sponsored by the Sea War Museum Jutland at Thyboron in Denmark.

In March, the team reported the discovery of the wreck of the HMS Tarpon, a British submarine from World War II that sank with around 59 crewmembers aboard after a battle with an armed German merchant ship in 1940.

“The survey was initially aimed at Jutland, but there were 25 ships sunk in that battle, and we’ve found 10 times that number,” McCartney said. “In the case of Tarpon, it was simply a matter that the direction that we left harbor took us past a potential location for this sub, so I requested we stop and do a survey there. And within about an hour or so we found it.” [Sunken Treasures: The Curious Science of 7 Famous Shipwrecks]

Last week, a Danish TV channel broadcast live video from the wreck of the Tarpon as divers from the exploration team were visiting the site.

The submarine is now lying on the seafloor at a depth of about 130 feet, located about 50 miles off the north coast of Denmark.

McCartney said the sub had been heavily damaged by the depth charges that sank it 76 years ago, and that two of the submarine’s torpedo tubes are empty, which suggests the Tarpon had fired twice at the enemy ship.

Although the wrecks of the Tarpon and the Warrior are legally protected as war graves, McCartney said all war wrecks in the area are threatened by illegal salvage operators, who plunder them for the valuable metals inside.

He said the most valuable items are the bronze condensers that were used in many wartime ships’​ engines, which are worth tens of thousands of dollars as bronze scrap when melted down.

“We estimate that in the last 10 years, anything up to 1.5 million pounds worth of bronze has been ripped out of these [Jutland] wrecks,” McCartney said. “And the majority of those wrecks are also the graves of the sailors who died in the battle, and so it’s just wrong that they should be doing this.”

McCartney said that salvaging naval vessels without permission from the owning navy is illegal under international law, but very little has been done to protect the wrecks.

“There are millions of shipwrecks on the bottom of the ocean — it’s the world’s largest museum​. And at the moment it’s being trashed just for a want of people standing up to their responsibilities,” he said.

He said the authorities in Europe, in particular, should track salvage ships and monitor their whereabouts.

“And when they’re stopping over wrecks that they’re not allowed to be on, then they need to be [inspected] when they get back into harbor,” McCartney said.