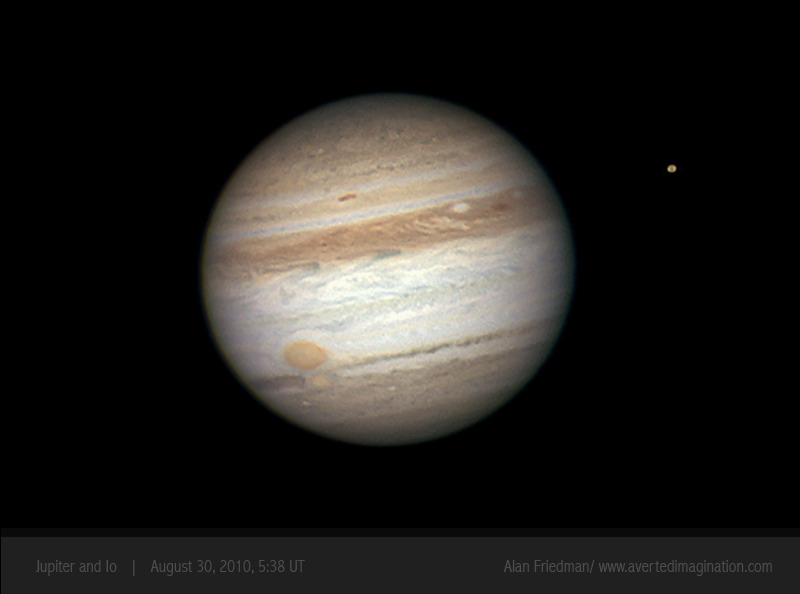 If you've been waiting for that one, oh-so-perfect moment to photograph the planet Jupiter, hurry up. You're chance is here but it won't last very long.

Because of the ways in which the Earth and Jupiter orbit the sun, the two planets on Sept. 20 will be as much as 75 million kilometers closer than in earlier encounters. The next time the Earth and Jupiter will be so close will be in 2022. (For more, NASA's Tony Phillips has a good write-up of the phenomenon.)

In August 2009, Jupiter registered what had until now been the closest it had ever been to the Earth.

When it swings by us next week, Jupiter will also appear about 4 percent brighter than usual because one of its brown cloud belts, which will be hidden from view.