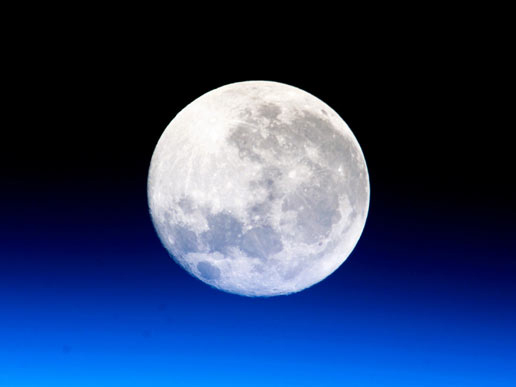 But don't expect tonight's full moon to actually appear blue, unless you're peering through a thick haze of volcanic ash or forest fire smoke. "Blue moon" is not a reference to the satellite's observed color.

The term has long been used to describe rare or absurd happenings. And farmers once employed it to denote the third full moon in a season -- spring, summer, autumn or winter -- that has four full moons instead of the usual three. [Photos: The Blue Moon and Full Moons of 2012]

This somewhat obscure and complicated definition, in fact, is found in the 1937 edition of the "Maine Farmers' Almanac." But in 1946, a writer for "Sky and Telescope" magazine misinterpreted it, declaring a blue moon to be the second full moon in a month with two of them.

Widespread adoption of the new (and incorrect) definition apparently began in 1980, after the popular radio program "StarDate" used it during a show.

Blue moons  occur because lunar months are not synched up perfectly with our calendar months. It takes the moon 29.5 days to orbit Earth, during which time we see the satellite go through all of its phases. But every calendar month (except February) has 30 or 31 days, so two full moons occasionally get squeezed into a single month.

Though the phrase "once in a blue moon" suggests the phenomenon is exceedingly rare, that's not quite the case. On average, blue moons come around once every 2.7 years, making them more common than the Summer Olympics, or a presidential election in the United States.

Some years even boast two blue moons. This last happened in 1999, and it will occur again in 2018.

So stargazers may want to keep Armstrong's "one small step" in mind as they gaze up tonight.

"For those who may ask what they can do to honor Neil, we have a simple request," Armstrong's family wrote in a statement shortly after his death. "Honor his example of service, accomplishment and modesty, and the next time you walk outside on a clear night and see the moon smiling down at you, think of Neil Armstrong and give him a wink."

If you snap any good photos of Friday's full moon and would like them to be considered for a future story or gallery, please send them to SPACE.com assistant managing editor Clara Moskowitz at cmoskowitz@space.com, or managing editor Tariq Malik at tmalik@space.com.