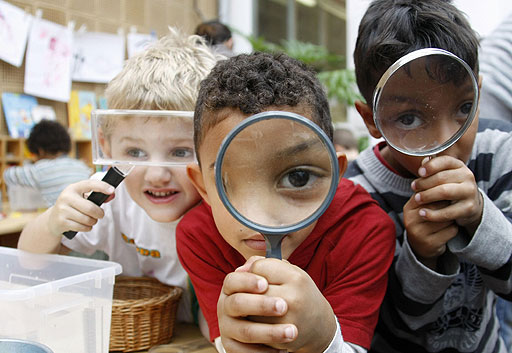 A significant percentage of people who undergo LASIK eye surgery to correct their vision may experience side effects from the surgery, according to a new study.

Researchers found that, three months after the participants had LASIK surgery, more than 40 percent of them reported experiencing new visual symptoms, such as seeing glare or halos around objects, that they did not experience before undergoing the surgery.

“To our knowledge, our study is one of the few that have reported the development of new visual symptoms” after the surgery, the researchers at the Food and Drug Administration wrote in the study, published Wednesday in the journal JAMA Ophthalmology. [The 7 Biggest Mysteries of the Human Body]

The people in the study completed a web-based survey about their vision before their surgery, and a few times afterward. The survey included questions about how satisfied they were with their vision and whether they were experiencing any visual symptoms that involved seeing halos, starbursts, glare or double images.

In LASIK surgery, doctors make a small cut in the eye’s cornea, or outermost layer, according to the FDA. Then they use a laser to remove some of the cornea tissue, reshaping it, with the aim of improving the person’s vision.

Overall, people’s vision did improve after the surgery, the researchers found. However, 43 percent in the naval group, and 46 percent in the civilian group, reported experiencing new symptoms, such as seeing double images, glare, halos or starbursts, three months after the surgery. [Costly, Deadly, Complicated: These 7 Surgeries Take the Biggest Toll]

The new results show that “there is no such thing as perfect surgery,” said Dr. Mark Fromer, an ophthalmologist at Lenox Hill Hospital in New York City, who was not involved in the study. However, he noted that, based on his own experience with LASIK patients, the people who experience the symptoms reported in the study do not typically feel incapacitated by these symptoms.

People should be informed about the risk of such symptoms by their doctors before they decide whether to undergo LASIK surgery, he said.

“Laser vision correction surgery can be a wonderful procedure, but it has to be for the right patient,” he said. “It has to be for the patient who is willing to accept any of the possible side effects that sometimes can occur with LASIK, such as dry eye or eye glare or double image.”