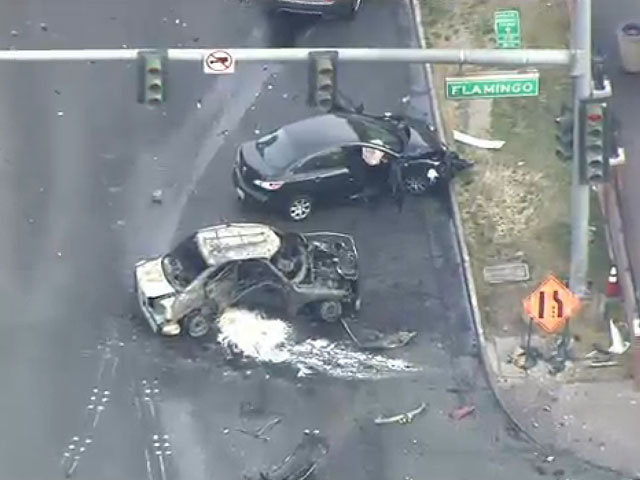 Cherry was driving a Maserati when a Range Rover pulled up and began shooting into the car, CBS Las Vegas reports. Cherry was killed and his passenger was injured. Two others were killed when Cherry's Maserati ran a red light and smashed into a taxi that exploded into flames.

The shooting occurred at Las Vegas Boulevard and Flamingo Road, the site of several major hotel-casinos and about a block away from where rapper Tupac Shakur was killed in a drive-by shooting in 1996 under similar circumstances.

"This is something you never want to go through," Cherry's father, Kenneth Cherry Sr., told KNTV. "This is the hardest thing in my life right now because you never want your children to leave before you leave."

According to his Facebook page, Cherry is from Oakland, Calif. and lived in Las Vegas.

Police said previously that they believe the violence was prompted by an earlier altercation at a hotel. Authorities are still searching for the Range Rover believed to be involved in the shooting.