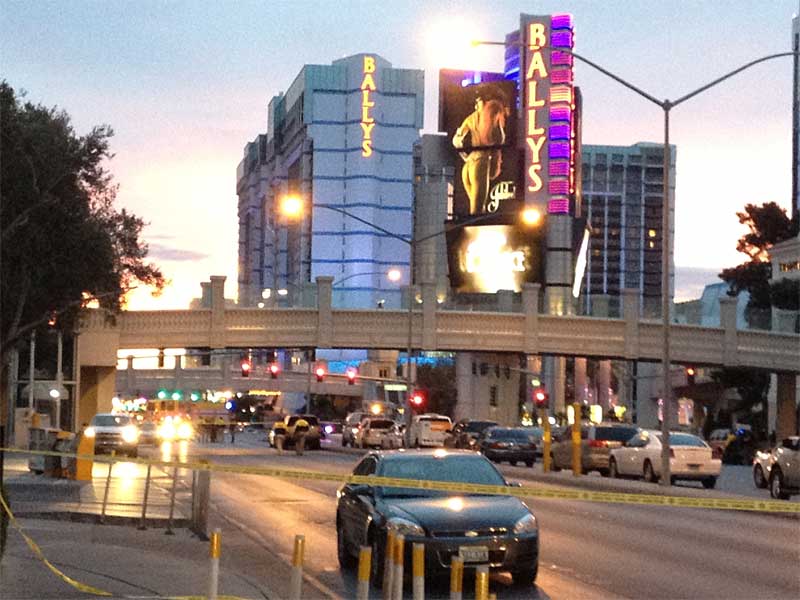 (AP) LAS VEGAS - Police say three people are dead and at least three are wounded after a `rolling gun battle' and multi-vehicle crash at a busy intersection on the Las Vegas Strip.

Sgt. John Sheahan says five vehicles were involved in the crash, including a taxi that burst into flames and killed two people around 4:30 a.m. Thursday at Flamingo and Las Vegas boulevards.

Sheahan says people in a Maserati and an SUV were exchanging gunfire before the Maserati hit the taxi.

The Maserati driver, the taxi driver and a taxi passenger were killed.

Three other vehicles were involved in the wreck, but Sheahan says the SUV was gone when police arrived.

At least three people were hospitalized, including a passenger from the Maserati.