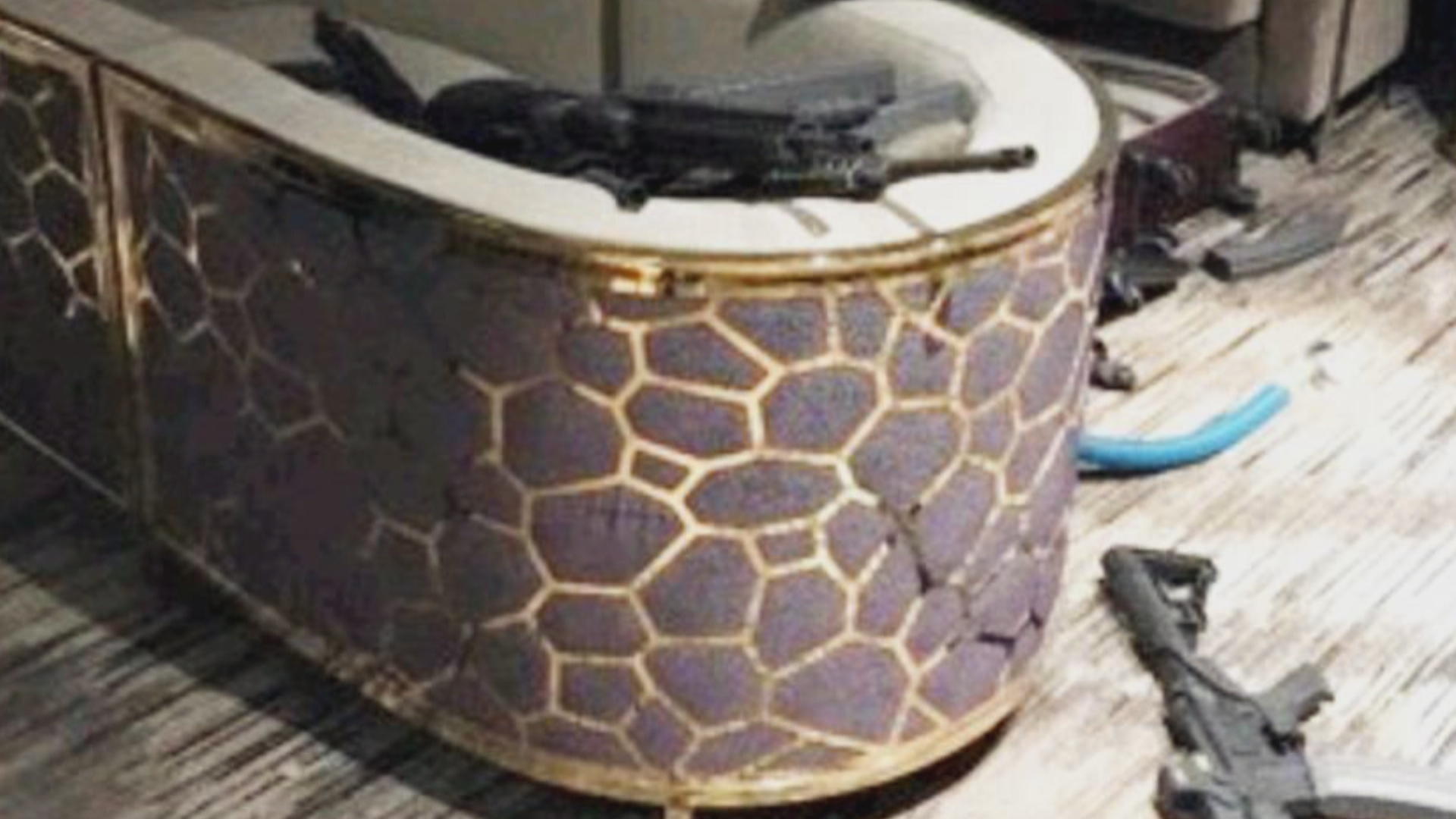 For up to 11 minutes, Stephen Paddock shot concertgoers in Las Vegas Sunday night with seemingly endless bursts of gunfire  -- more than a dozen volleys in all. He had been stockpiling his firearms since 1982, according to Jill Snyder, special agent in charge at the Bureau of Alcohol, Tobacco and Firearms.

Paddock bought nearly 50 guns legally. However, none of the purchases set off any red flags for the ATF, reports "CBS This Morning" co-host Norah O'Donnell. While his motive remains a mystery, it's clear he was armed for an even longer siege. A police body cam video shows the relentless firepower first responders were up against Sunday night.

"From October 2016 to September 28, 2017, he purchased 33 firearms, majority of them rifles," Snyder said. "We wouldn't get notified of the purchases of the rifles, we would only get notified if there was a multiple sale, which would be two or more handguns in an individual purchase," Snyder said.

"Why is there no notification if someone is buying multiple rifles?" O'Donnell asked.

Snyder revealed on Tuesday that Paddock rigged 12 semi-automatic rifles with bump-fire stocks, or "bump stocks," devices which allowed the guns to fire continuously -- much like a automatic weapon.

"A semi-automatic rifle with a bump-fire stock on it is not a illegal machine gun," Snyder explained. "The ammo clip capacities ranged from 60 rounds to 100 rounds."

Snyder said she didn't know whether Paddock had frequented firing ranges in the area, but they are investigating that.

CBS News has learned that Paddock also set up cameras in and around the luxury suite he turned into a sniper's nest as a kind of early warning system for any approaching police officers.

As he fired out of two windows, one camera peered out the suite's peep hole. Two more cameras were in the hallway outside. One of them was on a room service cart outside the door, says Clark County Sheriff Joe Lombardo.

"I'm not aware of any transmission but there was cameras. The FBI took all digital and electronic evidence into custody and we are evaluating," Lombardo said.

"So essentially you have a recording of him carrying out this carnage?" O'Donnell asked.

"No, that's not essentially what I'm saying. That is being evaluated, the FBI took all digital and electronic evidence into custody and we are evaluating," Lombardo said.

The bottom line, notes O'Donnell, is that it's possible to buy as many semi-automatic weapons as you want and the federal government wouldn't know about it.