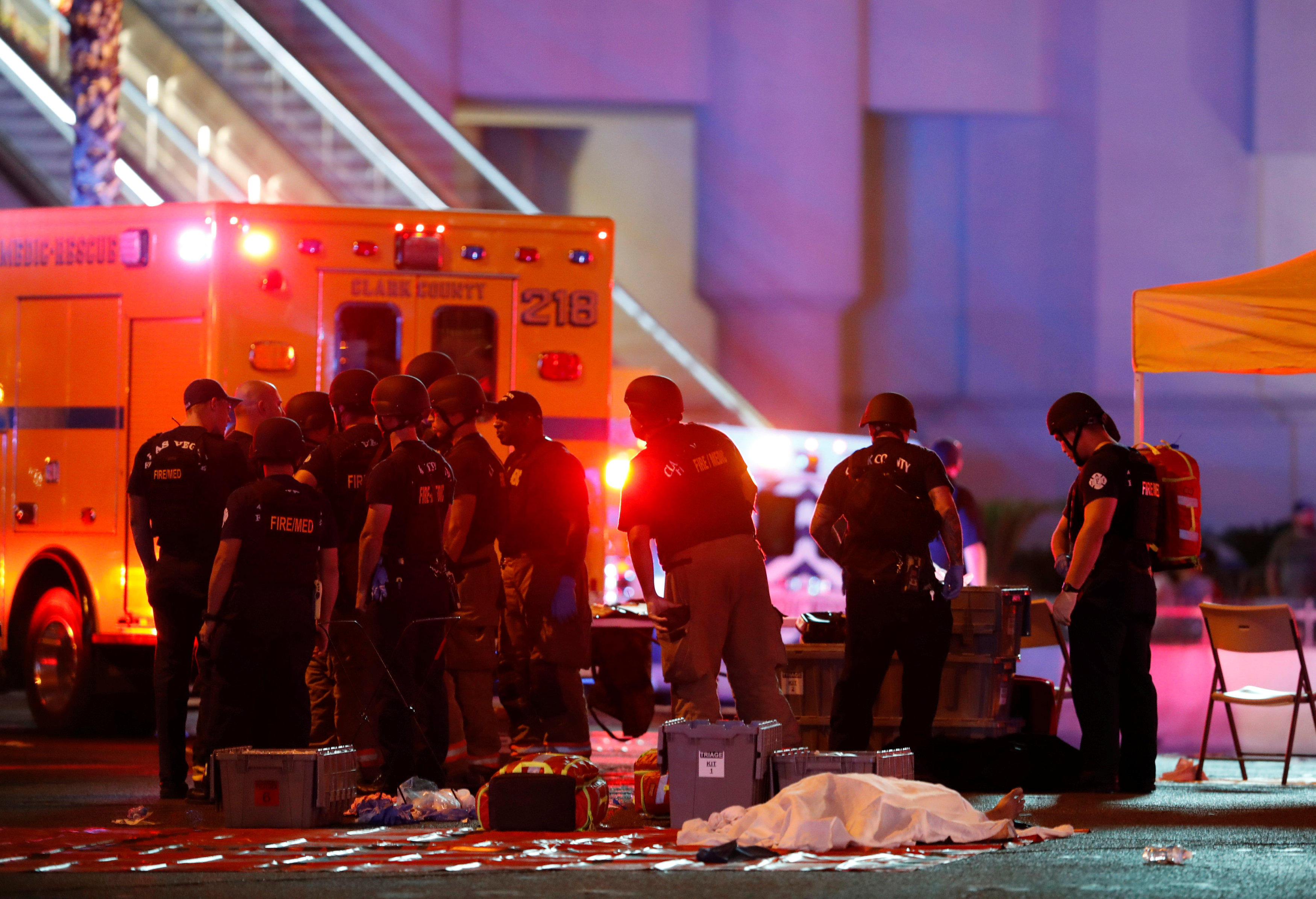 The investigation into the mass shooting in Las Vegas Sunday evening, in which at least 59 people were killed and more than 500  were injured, will try to determine a motive for what is the deadliest mass shooting in U.S. history.

Authorities say 64-year-old Stephen Craig Paddock fired from the 32nd floor of the Mandalay Bay Hotel and Casino at a crowd attending a music festival below. When police entered his hotel room, they discovered Paddock had killed himself.

A motive has not yet been determined.

"Exactly," said Viollis. "What we'll find as the day progresses, and tomorrow, is what police actually communicated with him when they responded to him at his home and how many different times. Again, just because there's no record doesn't mean there's no history with respect to interaction with the shooter in this particular case. Clearly it could be that neighbors had called on him. It could be that he's created  problems inside a neighborhood where police officers would go to respond to, to quell an incident. But it could very well speak to, and it will speak to, his mental health."

Townsend said Marilou Danley, who lived with Paddock in the Sun City Mesquite retirement community, about 80 miles north of Las Vegas, is also important. "Talking to her and understanding his state of mind will be key to figuring out, what was the motive? Was he an emotionally disturbed person? And how did this all unfold?" she said.

Viollis said the circumstances of the crime scene point to someone experienced with this type of weaponry.

"This individual, 64 years old, no criminal history, but yet calculated enough to select the type of weapons that would be able to shoot at 400 yards at 32 floors up, given the wind shear -- that's a planner. That's somebody familiar with firearms."

He added, "Thank God Las Vegas PD did an exceptional job in containing this and mitigating the shooter. There's no question about it, had that not happened, there would be a lot more people now on the death toll."

Townsend said the Department of Homeland Security implores state and local law enforcement to regularly practice active shooter drills, and that it does happen in Las Vegas.

"The Las Vegas PD, the Sheriff's Department, and the chief security officers of each of the hotels -- many of whom are retired law enforcement officers themselves -- practice scenarios just like this," she said. "You're seeing the benefit of that here. There would have been greater fatalities and greater injuries if they had not been so well-prepared."

Townsend said hotels may have to re-evaluate their security procedures in the wake of this attack.

"In the wake of the Mumbai attack, in the Taj Hotel, they now do screen visitors when they come into hotels," she said. "They screen luggage, they screen you, you go through a metal detector.

"So, yes, they will certainly look at the lessons learned and re-evaluate the security plan. Here's the problem in particular with the Mandalay Bay -- I've stayed there. It is also connected to the convention center and to a shopping mall, which means you've got multiple points of entry and exit. It would be very difficult to control that, which essentially makes it a soft target.

"Now, the hotel may reconsider when there's a big event whether or not they're going to try to implement some sort of additional security measures."

Townsend pointed to the shooter's arsenal of weapons; police say that there were about 10 rifles in the hotel room where Paddock was found.

"When you look at the size of these weapons, the kind of weapon that he used, it had to come in as luggage," Townsend said. "It's not something on his person or a carried piece, a smaller piece. What they may want to do as a compromise? You can't bring your luggage in through the mall, but through the hotel, and luggage itself will be screened, because that would have picked it up when the guy checked in."