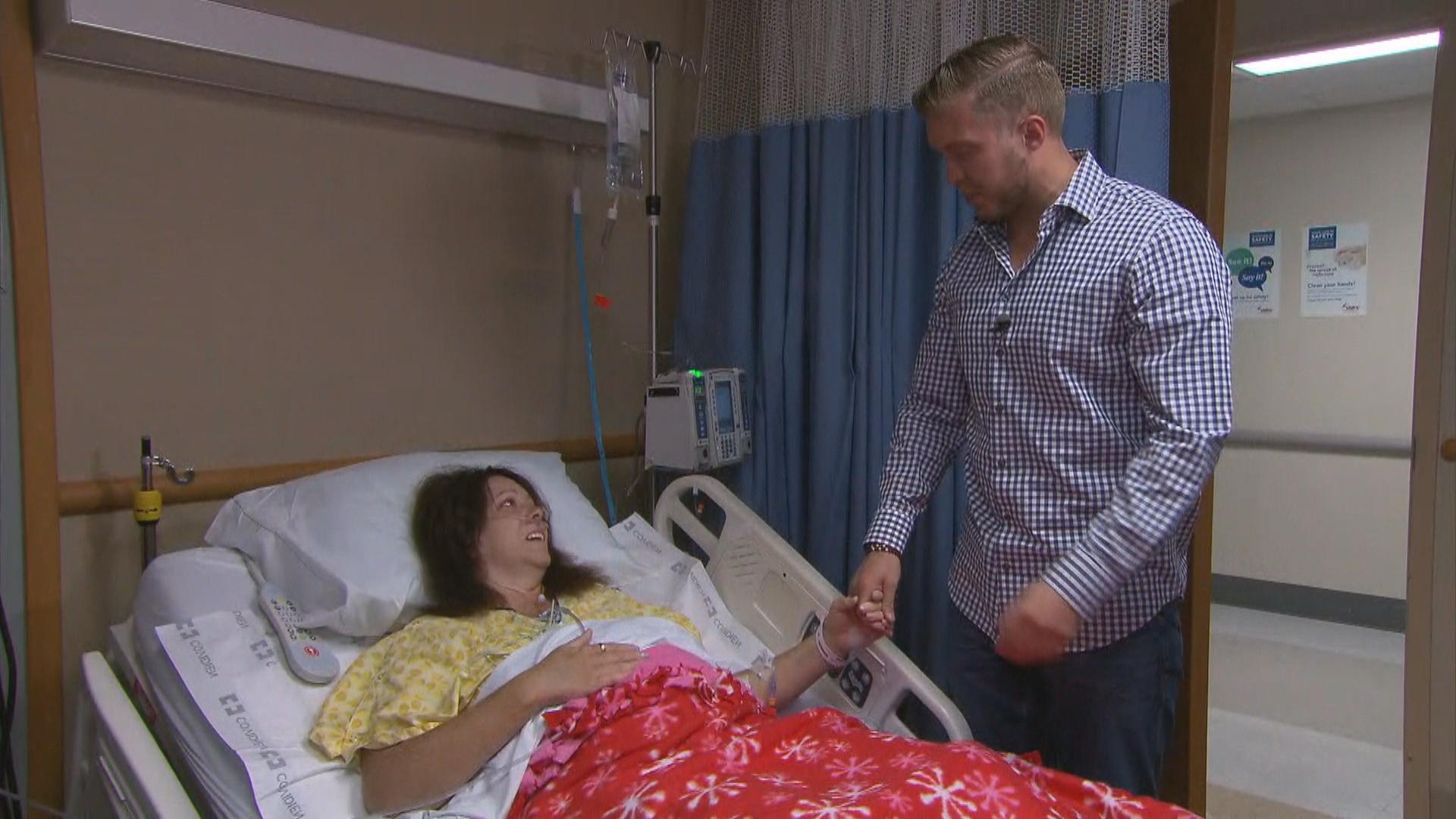 LAS VEGAS -- In the aftermath of the Las Vegas mass shooting, a Nevada man saved the life of a Canadian woman he had never met before. Justin Uhart and Jan Lambourne saw each other again Wednesday for the first time since the attack in an emotional reunion.

"There she is! Hey, how you doing?" Uhart said, embracing an emotional Lambourne who was lying on her hospital bed.

The last time Lambourne and Uhart saw each other, doctors were rushing Lambourne into surgery, reports CBS News correspondent Adriana Diaz. They were strangers before the Route 91 Harvest country music festival.

On Sunday, Lambourne was in the crowd while Uhart bartended nearby. When the gunman opened fire, Lambourne was hit in the stomach. Lying wounded, she had the strength to text her husband: "I love you. I've bee n shot . I love yo so much" [sic].

While most others fled, Uhart stayed behind and saw Lambourne.

"It's just an instinct. I don't know," Uhart said, adding, "I put my hand on the wound… and then I start screaming, 'Medic! Medic!'"

He and other strangers carried her to nearby field full of the injured.

"She was terrified. I was just asking her the silliest questions of her cats, where she was from, tell me about Canada," Uhart said. He was trying to distract her, he said.

"She was in a lot of pain. … And I said I won't leave her and she's had a death grip," Uhart recounted. "It's a desperate grip that I cannot describe. She was always saying don't leave me … and I promised, I just promised I wouldn't leave."

"He had stayed right from when he found me, right 'til I went into the operating room," Lambourne said. She remembered holding his hand.

"I wasn't letting go any more than he was, I think 'cause you know, we were gonna survive this and we did," Lambourne said.

"What was it like to see him?" Diaz asked her.

"Relief that he was okay too. It was a rough night for both of us, but if it wasn't for him, I would not be here," Lambourne said in tears.

Neither can remember how much time they spent together, but both of them say they now share a bond for life. Lambourne said she feels like she has another son in Justin.