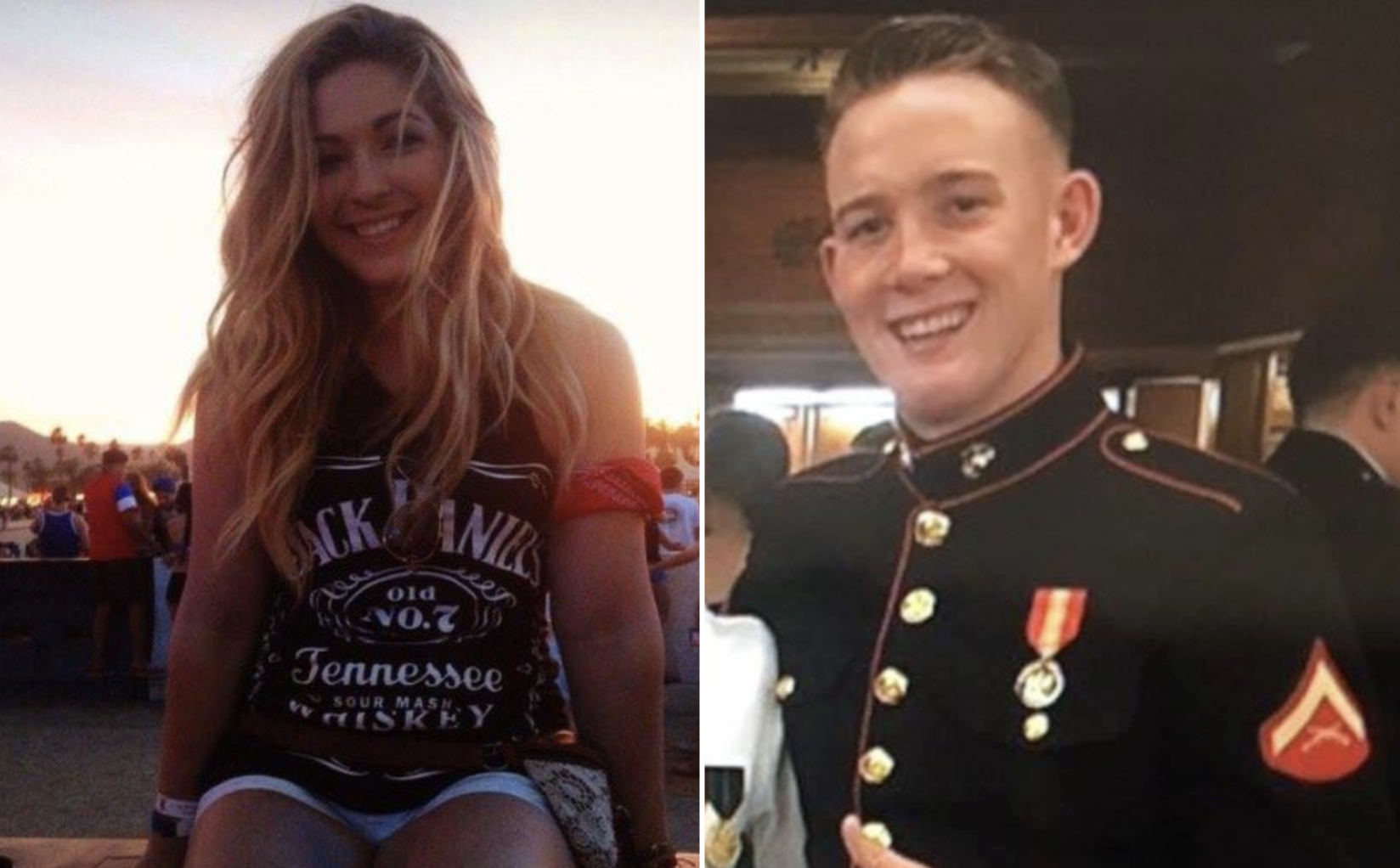 She had no idea that unexpected meeting may have saved her life.

Renee invited Brendan to attend the concert with her and her friends, who all traveled from Riverside County, California, for the weekend music festival.

As Aldean was finishing up his set, the pair moved closer to the stage. They had just started to dance when they heard what sounded like fireworks.

"It stopped, and Jason Aldean kept playing but then the shots fired again and he ran off the stage," Renee described in a Facebook post that has been shared by more than 130,000 people since it was posted Monday. "Before I knew what was going on, Brendan tackled me down to the ground and covered me from the fire."

While shielding Renee from the gunfire, Brendan, a 21-year-old U.S. Marine, assesed the situation. Within minutes, the shooting seemed to pause.

"We have to get out of here. We can't stay here. It's not safe," he yelled to 23-year-old Renee, lending a hand to get her back on her feet.

The pair ran for safety — with Brendan leading the way.

"He kept telling me it was going to be okay and to keep running until we were safe," Renee said.

At 10:30 p.m. Renee's sister, Jenn, got a phone call from their dad, who was also at the concert — but not with his daughter. He told her there was a "massive shooting," he was hiding behind a car and that he couldn't reach Renee.

"My sister wasn't answering her phone," Jenn, 25, told CBS News. "I thought she was dead."

Then she got a text message from an unknown number. It was from her sister on Brendan's phone. She explained how she lost her cell while running.

"When we finally were able to talk I felt a huge relief that her voice was on the other line, and she wasn't hurt," Jenn said. "I still get completely sick not knowing if she was going to stay safe."

Renee explained how they escaped the deadly mass shooting thanks to Brendan's bravery and selflessness.

"Thank you so much from the bottom of my heart for taking care of my sister...seriously," Jenn texted Brendan later that night.

"Absolutely, that's what we do, take care of our own and those around us," Brendan replied. "Glad I could be there for her in that crazy time."

Thanks to Brendan, Jenn says her sister is home safe and resting.

"Her legs and arms are pretty beat up, but she is alive," Jenn said.

Brendan has not yet responded to CBS News' request for comment, but close friends of the Marine say they aren't surprised by his quiet heroism.

"He's not that type of Marine...he doesn't seek attention, recognition, or fame," Chance Wilk, a fellow Marine and friend of Brendan, commented online. "He does it because he's a genuinely good guy and American hero."