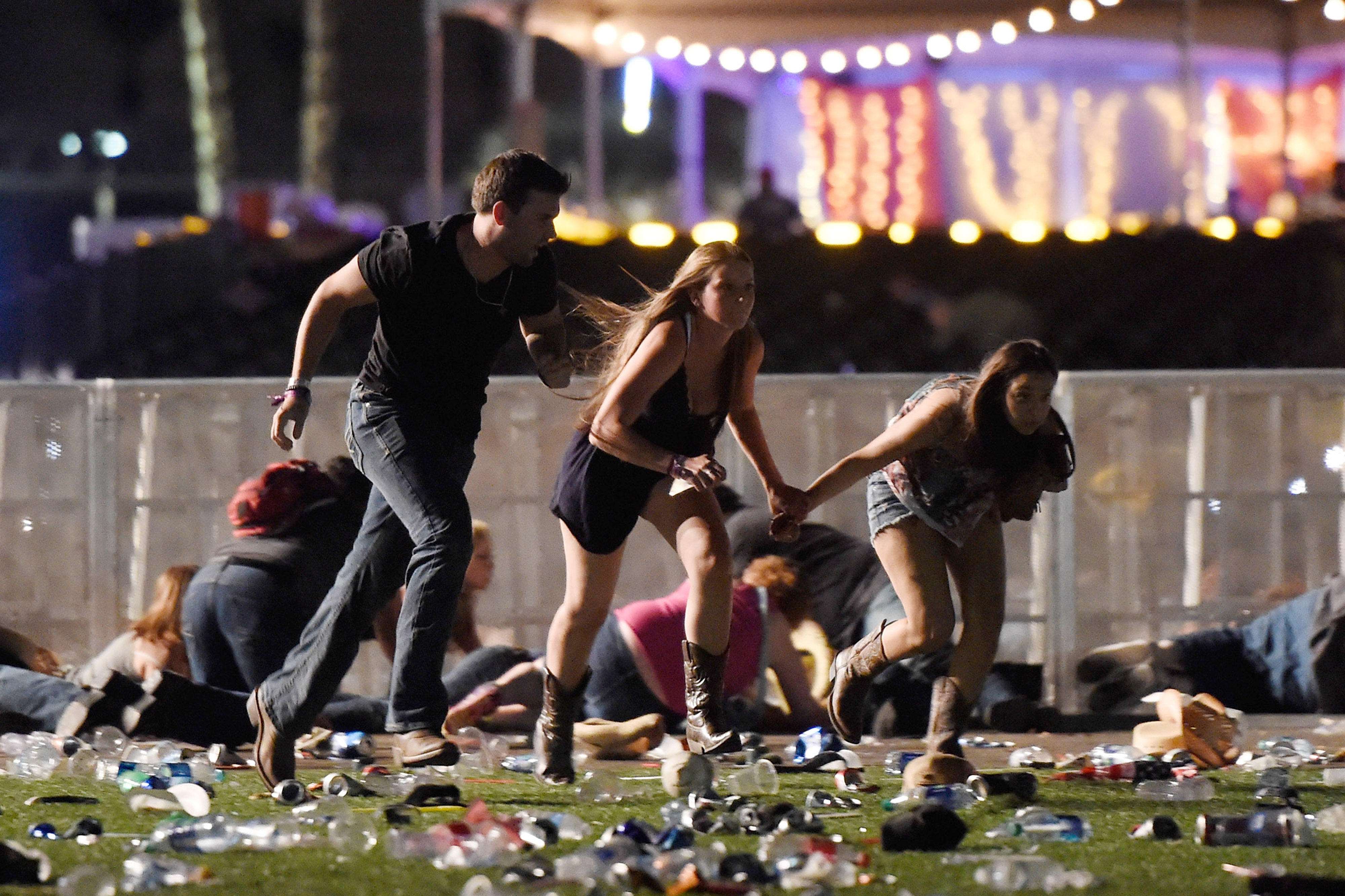 LAS VEGAS -- More police body camera footage made public Wednesday shows officers directing concertgoers to safety and searching for what they thought were multiple shooters inside and outside a Las Vegas Strip hotel where a gunman opened fire in the deadliest mass shooting in modern American history. Eight more video recordings, totaling almost eight hours, were  released by Las Vegas police under a court order in a public records lawsuit by media including The Associated Press.

Fifty-eight people were killed and hundreds more wounded when Stephen Paddock opened fire from the 32nd floor of the Mandalay Bay hotel and casino onto the Route 91 Harvest Festival on Oct. 1, 2017.

One shows a team of police starting on the roof of the Mandalay Bay resort and working their way downstairs.

Another shows officers directing people to evacuate from beneath the main stage of the Route 91 Harvest Festival venue. Two men rush past, carrying an injured woman.

Another showed teams with assault rifles ushering people out of concrete flood-control channels.

As with previous records released in batches since May 2, the videos show tension, tenderness, chaos and heartbreak following the shooting outside the Mandalay Bay resort. They do not shed new light on a motive.

Police and the FBI have said they believe former accountant and high-stakes gambler Stephen Paddock acted alone to amass an arsenal of weapons in his Mandalay Bay suite before opening fire into the concert crowd below.

Officials have said the attack had no link to international terrorism, but hotel owner MGM Resorts International last week invoked a provision of a federal law enacted after the Sept. 11 terror attacks. The company wants federal courts to qualify the shooting as an act of terrorism and to declare the company has no liability to survivors or families of slain victims.

Body camera recordings released earlier showed officers using explosives to blast through the door to find Paddock dead on the floor from a self-inflicted gunshot. Assault-style weapons fitted with rapid-fire "bump stock" devices were strewn about in the suite.

Clark County Sheriff Joe Lombardo, the elected head of the police department, has said he expected to update his January preliminary report with a final report by August.

Sgt. Jeff Clark, a department spokesman, said Wednesday the report is not yet complete.