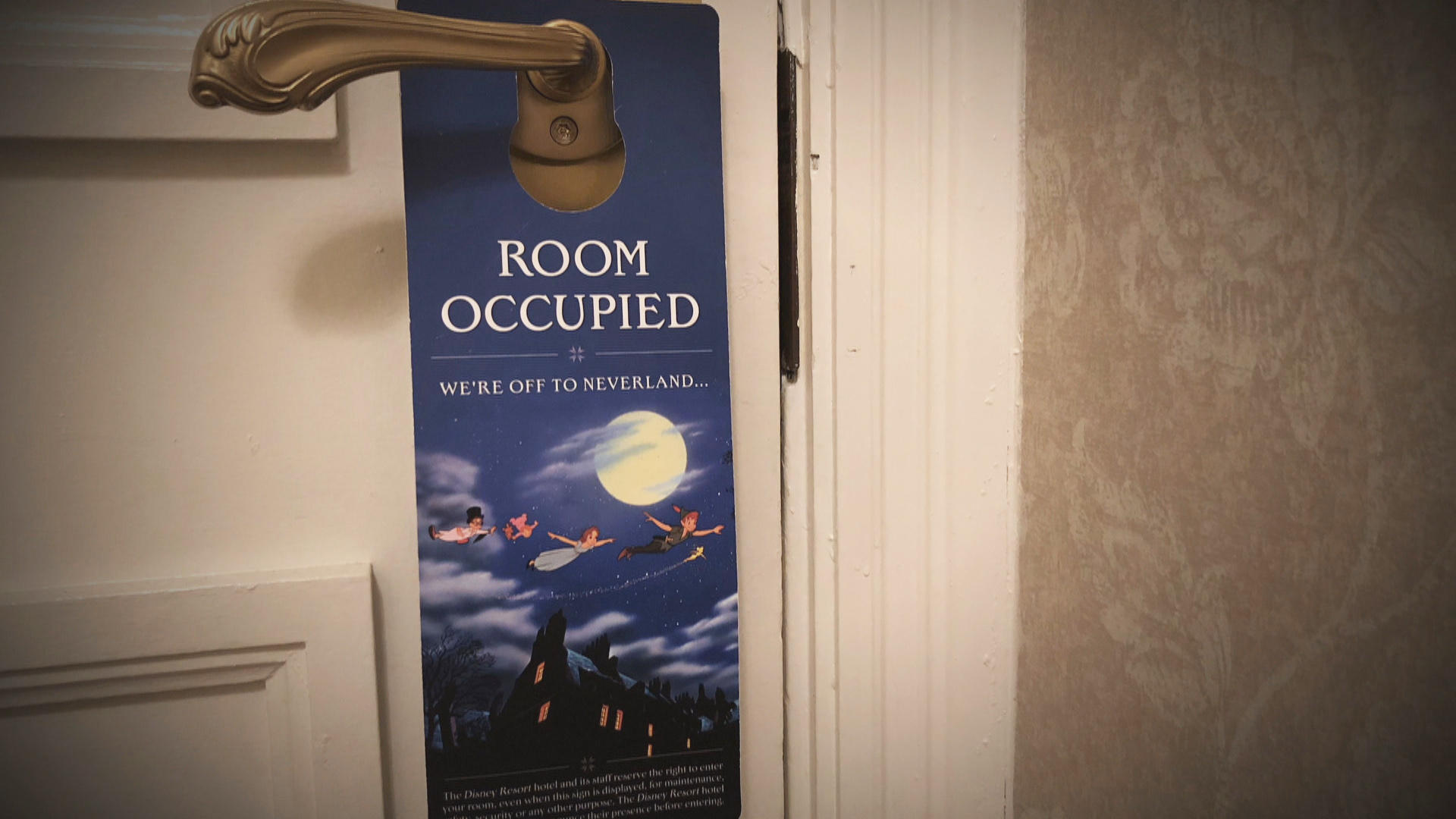 In response to the deadly Las Vegas shooting massacre in October, tighter security measures at some hotels will allow staff to enter guest rooms for just about any reason.

New "Room occupied" signs, now in use at the Grand Floridian Resort and Spa, tell guests not to expect total privacy. In fact, the fine print says hotel staff can enter rooms "for security, safety, maintenance or any other purpose," reports CBS News correspondent Manuel Bojorquez.

Some of the Disney hotels closest to the Magic Kingdom started using the new door signs last month: The Grand Floridian, the Polynesian Village Resort, the Bay Lake Tower and the Contemporary Resort.

Walt Disney World visitors seemed to welcome the tighter security, even if it means a loss of privacy.

"I will welcome them in," said guest Rosa Crespo. "The safer, the better!"

Another woman said, "I do think it may be a little bit of an invasion of privacy, but I do understand."

Disney is now considering extending the new policy to the rest of its resorts. Other hotel chains have already made similar changes.

Last month, Hilton instructed all employees to alert management or security whenever they see a "Do not disturb" sign displayed for more than 24 hours.

In October, Boyd Gaming, which owns 12 properties in Las Vegas, began doing safety and welfare checks on rooms if a "Do not disturb" tag is up two days in a row.

Marriott and Hyatt are also revisiting their policies.

"It certainly helps; it's a deterrent," said Muller Group International president & CEO Jeffrey Muller, a former FBI agent. He advised Las Vegas hotels on how to improve their security after the deadliest mass shooting in modern U.S. history, when gunman Stephen Paddock killed 58 people and injured more than 500 at a country music festival in October.

Paddock shot his victims from the 32nd floor of the Mandalay Bay Hotel. He hung a "Do not disturb" sign on his suite door as he amassed his arsenal.

"The longer you allow that to occur without being able to check on the room, obviously it allows the adversary more time to plan a more comprehensive attack," Muller said.

The owner of the Mandalay Bay, MGM Resorts, told "CBS This Morning" they already had a policy of doing welfare checks on rooms with a "Do not disturb" sign for two consecutive days.

"There were numerous interactions with Stephen Paddock every day at the resort, including a room service delivery and a call with housekeeping on October 1, all of which were normal in nature," the company said.

Muller says new hotel security measures are being developed, including new luggage scanners, which – unlike those at the airport, which may require an officer to open a customer's bag -- uses new technology to detect what's inside without the person even knowing it.