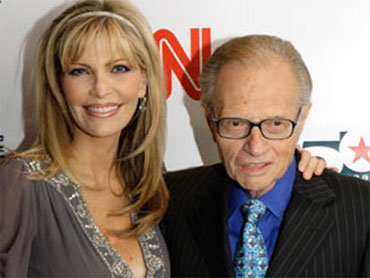 The formerly estranged couple filed petitions to dismiss their divorce papers Wednesday, according to a statement from King's spokesman, Howard J. Rubenstein.

"A lot of new things are happening to us and we are happy to be together as a family with our children," King said in the statement.

King, 72, filed papers in Los Angeles back in April to end his 12 year marriage with Southwick.

A month later, divorce proceedings were put on hold as the two reportedly reconciled.

"I am extremely supportive of Shawn," King said in a statement at the time. "Reports that we have fought are absolutely false. I love her dearly. Our marriage is still together and I am staying very close to our children, who we love immensely. We shall go through this difficult time intact as a family."

Southwick, 50, is King's eighth wife. Back in May, she was hospitalized after suffering from an apparent prescription drug overdose.King's spokesman also said at that time that the two were still together.