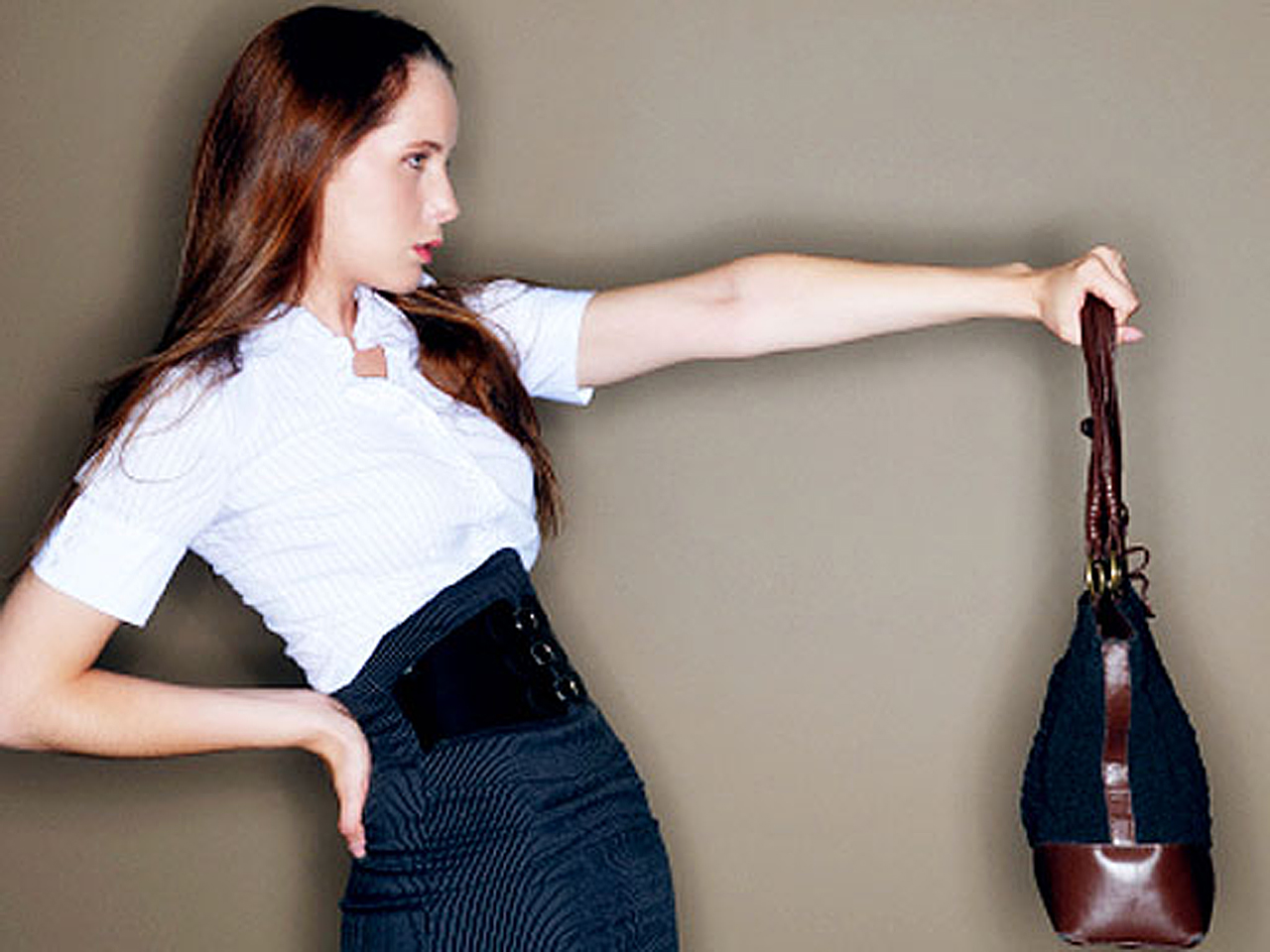 Large handbags may seem easy to carry, but women's penchants for bigger and bigger purses are causing unnecessary strains and pains on their bodies, according to doctors.

Orthopedists and physiotherapists say that they're seeing more people come in for elbow, shoulder and neck pain due to the latest trend of carrying giant bags -- with everything the person owns inside.

Dr. Andrew Rokito, an associate professor at the department of orthopedic surgery and chief of shoulder and elbow surgery at NYU Langone Medical Center in New York, commonly sees men and women suffering from pain after lugging a heavy bag the whole day.

"You just pick up their bag in a joking way, but I am quite surprised how heavy these things are," he admitted.

What makes it worse is some women try to balance these bags on the crook of their elbow, causing strain on the entire side of the body. According to the London Express, some medics have even nicknamed the condition "poshitis" after Victoria "Posh Spice" Beckham, who is known for often toting large purses.

"If you're balancing it or suspending it in the crook of your elbow, all of the weight is fixed at one point, placing quite a bit of downward traction on the shoulder," Rokito explained. "It has to be countered by the forces and muscles of not only your upper arm but the muscles of your shoulder as well."

It doesn't help that the muscles are reacting in the opposite direction of the weight to help balance you out, which is counter-intuitive to the way they should be reacting.

Physiologist Sammy Margo told CBSNews.com that for a large percentage of the women that come into her London private practice, their handbags have something to do with their neck, shoulder and arm pain. It has become such an issue for women between ages 21 to 55 that Margo began conducting a mini-experiment by asking women to weigh their bags when they came in for an appointment. The bags ranged in weight from 8 to 22 pounds -- or about the size of a newborn to a 1-year-old.

"We're leading such sedentary lifestyles," Margo explained. "We're so much weaker than ever. Then, we carry this heavy weight for a prolonged time causing undue stress and strain."

"They also cover up a whole load of bulges," Margo added.

Before people used to carry suitcases for extra papers or their laptops, Dr. Jacqueline Moline, the chair of population health for the North Shore-LIJ Health System in Great Neck, NY, pointed out to CBSNews.com. Now, women are stuffing tablets, smartphones, their entire makeup arsenal and whatever else they can think of for the day into their carry-all bag.

"We've seen people over the years who have been carrying too much," Moline said. "You can see that their shoulders are unbalanced. One shoulder has contracted from carrying the heavy load."

People with severe problems can undergo physical therapy involving stretching, various modalities like ultrasounds, heat and muscle stimulation and muscle-strengthening exercises to get rid of their ailments.

Part of the problem is that once you present a woman with a large bag, she's going to want to fill it with everything she needs to carry, the doctors said. Margo joked that it would be great if someone could invent puffs of air that women could put in their bags to make it look full, without having to actually having to stuff items into their purses.

Until the air puffs are invented, she advises her clients to make an effort to empty out their bags on Sunday evenings and see what they don't need to carry -- including that bottle of water and full-sized hairspray.

Women can also make smarter choices when it comes to selecting a handbag. Moline said wider straps can help alleviate some of the strain. Switching carrying shoulders or arms can also balance out the body.

Ideally though, a bag that can be carried on the shoulder with thick straps is better, and a backpack that can even out the weight distribution is best. However, thin-strapped mini-backpacks won't help the problem much.

Most importantly, people with these problems are going to have to take some of the weight off their arms and shoulders. But, even though the bags causes so many problems, most of the doctors were resigned to the fact that they'll never be able to convince women to give up their favorite handbag -- even if it hurts.

"A woman can have an ergonomic chair, sit at the desk the right way, take frequent breaks -- but if they carry a heavy bag when they're shopping or on the train, they undo all the good work they've done all day," Moline warned.

How to talk to kids about school shootings
Michelle Castillo