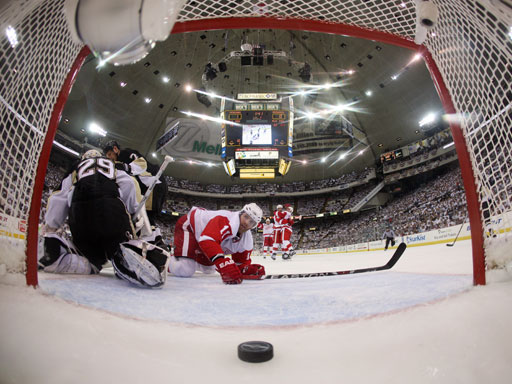 A gene linked to language became widely established in the human population within the last 200,000 years, perhaps because it helped people communicate better and survive, researchers said.

While the FOXP2 gene is not believed to have caused speech to emerge, it probably allowed humans to speak much more clearly, said study author Svante Paabo, a researcher at the Max Planck Institute for Evolutionary Anthropology in Leipzig, Germany.

Researchers found the human version of the gene is different from its counterpart in other species, showing changes that may have contributed to our language abilities.

"We had communication of a sort, and then this change happened and allowed the carriers to articulate much better. This may have been the time we arrived at truly modern, articulate language," Paabo said. "It sort of, I believe, fine-tuned our speech."

But the gene is clearly important. Research last year found that people who lack two normal copies of the gene have considerable difficulty speaking. They not only make mistakes in grammar but cannot always articulate words clearly.

"If you have (only) one functional copy of the gene, as a human, you have problems with language and facial movements," said geneticist Wolfgang Enard, a colleague of Paabo.

The researchers compared forms of the gene in mice, humans, chimpanzees, orangutans, gorillas and rhesus macaques, and found small differences, the researchers report Wednesday in a paper published online by the journal Nature.

Precisely how the human gene affects language has not been determined other than its link to the speech disorder.

Todd Disotell, an associate professor of anthropology at New York University, said the link between the gene and the emergence of language in humans has not been proven.

The best analogy I can give is that we know of a gene responsible for muscular dystrophy and that affects how you walk. Because some people have that mutation, does that make it the gene for walking? No," Disotell said.

"It's probably related, but it might be loosely related. Until we get a lot more data, we are not going to be able to answer that."

Paabo said more needs to be known about the gene's function.

"People might say if we put this in a chimpanzee, it could talk. I don't think that is the case, speech is more complex than that," Paabo said.

Whatever its function, the gene became widely established within the last 200,000 years, the researchers concluded after comparing DNA from humans across the globe. By looking at the area around the gene, the researchers found very little variation, and what variation they did find indicated recent evolutionary change, said Anthony Monaco, a co-author of the study.

That time is well after the split between the evolutionary lineages of modern humans and Neanderthals, Paabo said.

The widespread adoption of the FOXP2 gene fits a scenario under which the expansion of the population of modern humans would be driven by the appearance of a more-proficient spoken language, the researchers said.

The earliest anatomically modern human first appeared no more than 125,000 years ago, said Eric Delson, a paleoanthropology professor at Lehman College of the City University of New York.

If the gene was established before that, it would have been in what can be "broadly termed archaic Homo sapiens, ... some individuals of which by that time were in some ways beginning to look like modern humans, but not very much," said Delson, who was not involved in the study.

Paabo said those who first had the gene may have had a survival advantage because their improved communication abilities may have allowed them to hunt better, for example.

"Or tell nice stories to the girls. Or sing beautifully, maybe," Paabo said.

A version of the gene also has been found in birds, said co-author Wolfgang Enard, also at the Planck institute. Whether other communicative species, such as whales, share the gene has not been determined, Paabo said.

Genes are strings of code, with certain patterns making up amino acids, which in turn are the building blocks of proteins -- the basic cell products that underlie biological processes.

A slight amino acid change would alter the resulting protein and, as is the case with FOXP2, the consequences can be enormous.

Apes lack the structures to speak, even if they had language -- which is hotly debated. Yet humans, who share more than 98 percent of their genes with chimps, are defined by their ability to speak and use language.

In a mouse, which does not seem to use facial expressions, the gene is probably involved in a lot of functions, Enard said. FOXP2 is expressed, meaning the gene is active, in all tissues that have been examined.

"We have not so many genes and many things that have to be done in the body," Enard said. "Most of the time a single gene will have several functions. FOXP2 is not an exception."

Enard said geneticists will be taking a long, hard look at FOXP2 now.

"The really hard part will be to find out what human FOXP2 does differently from other FOXP2s," he said.