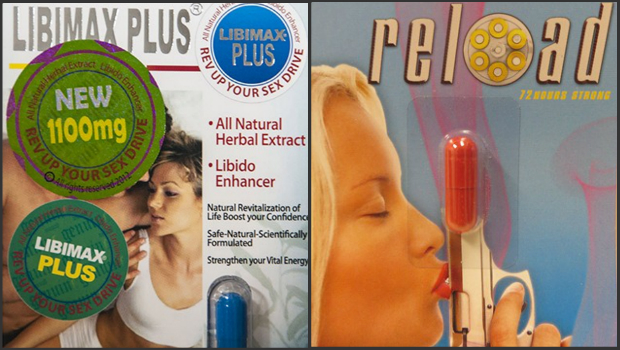 The Food and Drug Administration, Mayo Clinic and others have warned against taking these supplements, sometimes called herbal Viagra. Here is a look at these products:

What are they and how are they different from Viagra?

Viagra is a prescription medication approved by the FDA and used to treat erectile dysfunction. Herbal Viagra and other over-the-counter sexual performance enhancement products are often marketed as a cheaper alternative to Viagra but are not regulated by the FDA and can be purchased without a prescription. Many are sold online.

The FDA has warned that some of these products contain hidden ingredients, including undeclared prescription medications, which can be harmful. The products also can cause dangerously low blood pressure, especially if the user takes nitrate medications for heart problems, according to the Mayo Clinic's website.

What did Odom take?

The Nye County Sheriff's Office said he took up to 10 pills in a three-day period. A spokesman for the Love Ranch brothel where Odom was found unconscious said the former NBA star bought Reload and Libimax Plus brand pills from its shop on site, the latter costing $14.99 each.

CBS Los Angeles reported the website for Libimax Plus advertises the pill provides "7 days of powerful performance, a larger and harder erection, everlasting stamina and sex drive, and satisfaction for men and women."

In 2009, Libimax was recalled after the FDA found it contained tadalafil, the active ingredient in the erectile dysfunction medication Cialis, although it was not listed as an ingredient.

According to an analysis by the FDA, Reload contains sildenafil, the active ingredient in Viagra, but does not disclose it on the list of ingredients.

"Consumers should stop using this product immediately and throw it away," the FDA warned in a 2013 alert about Reload. "Consumers who have experienced any negative side effects should consult a health care professional as soon as possible."

More than 23,000 visits to emergency rooms occur annually due to complications from taking dietary supplements such as herbal or complementary nutritional products, vitamins, and minerals, according to a study co-authored by scientists from the U.S. Centers for Disease Control and Prevention and the FDA.