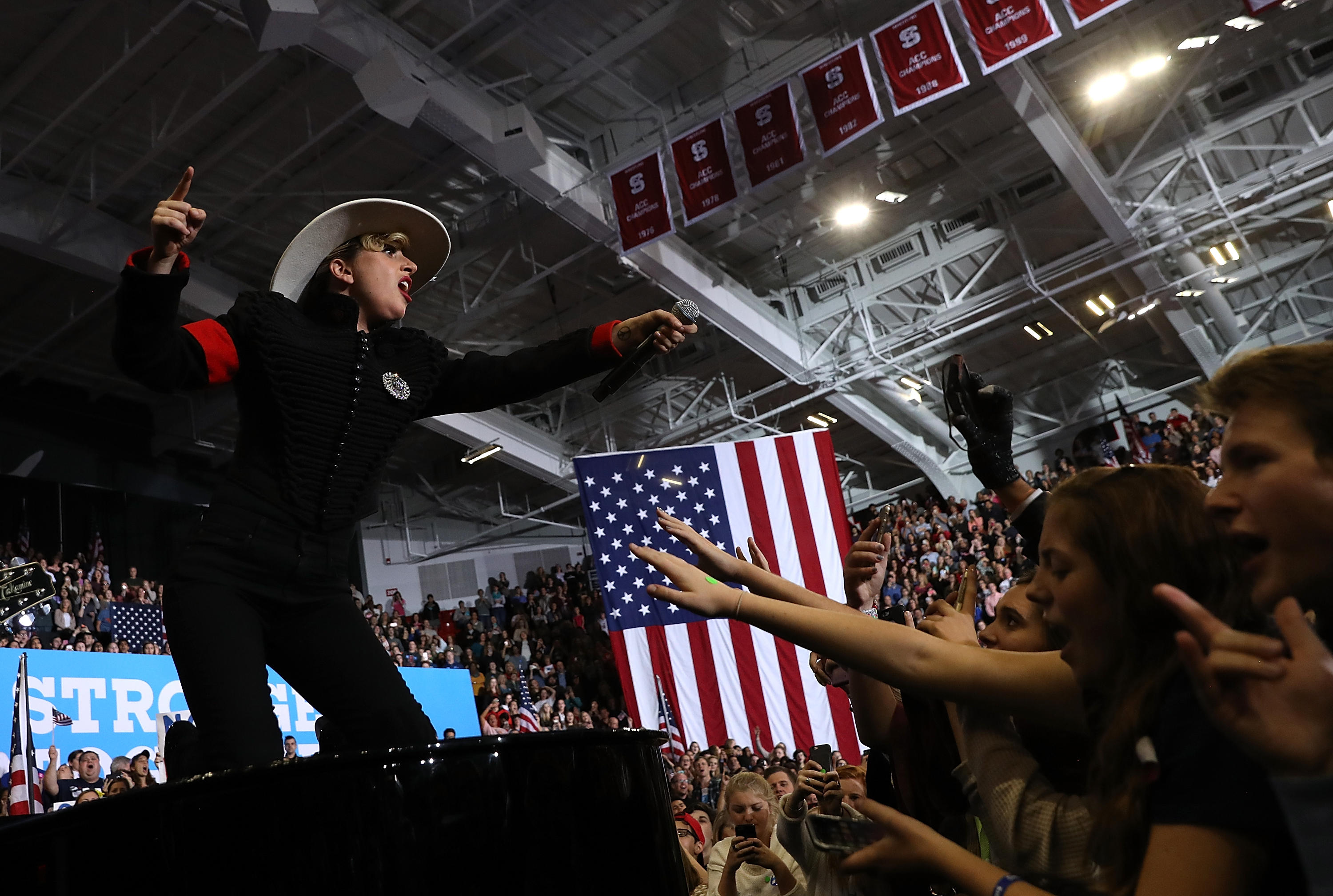 Lady Gaga paid tribute to Michael Jackson on Monday night at Hillary Clinton's final rally in Raleigh, North Carolina, by wearing the same jacket the pop icon wore on a 1990 visit to the White House.

Gaga wore a black buttoned military jacket with a red armband, and the alt-right quickly compared her to a Nazi.

Prominent alt-right activist and author Mike Cernovich joked, "Lady GaGa comes out as alt-right. #ImVotingBecause." He also took a poll asking his followers, "At tonight's Hillary rally, does Gaga look more like a Nazi or a Satanist?"

Lady Gaga bought 55 pieces from Jackson's wardrobe in 2012 and tweeted at the time, "The 55 pieces I collected today will be archived & expertly cared for in the spirit & love of Michael Jackson, his bravery, & fans worldwide."

Actress Martha Plimpton tweeted a photo of Jackson wearing the same jacket during a White House visit with George Bush and called the tribute "moving."

Editor's note: Tweets by comedian Tim Young and Free Beacon staff writer Stephen Gutowski have been removed from this article. Neither are associated with the alt-right.