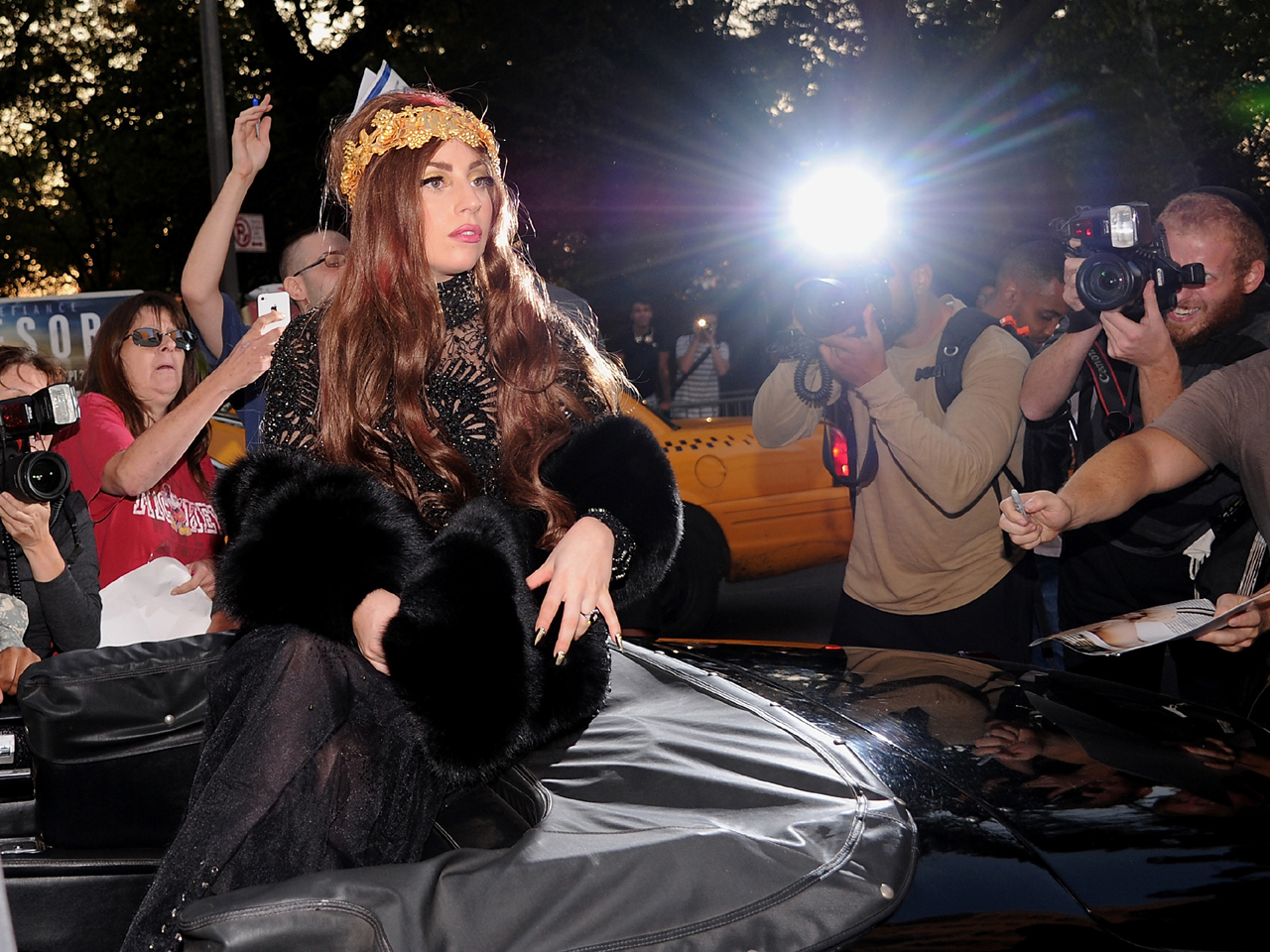 (CBS/AP) New York Fashion Week wrapped on Thursday with Lady Gaga launching her debut fragrance while being inside a giant size perfume bottle.

The pop star was in a large bottle - a replica of her "Fame" fragrance - appearing in the transparent glass where attendees took photos and watched the singer get a tattoo on her neck.

The entertainer entered the Solomon R. Guggenheim Museum on New York's Upper East Side Thursday night on top of a convertible. She posed for pictures and interacted with some fans.

Inside, she laid in the bottle in a sparkly top, black skirt and red wig. According to The New York Daily News, she went into the bottle at around 9 p.m. while event-goers watched her "sleep," emerging about 45 minutes later.

Then she took off some clothing and a wig - now appearing in lingerie, including a thong - and began receiving a tattoo of the back of her neck (she shaved the bottom half of the back of her head this week). The Daily News posted a photo of the tattoo on her neck, which it described as a "cherub looking suspiciously like Honey Boo Boo." See it here.

Gaga applied make-up and played on an iPad inside the bottle, where she was joined by four others. Edith Piaf played in background, as did David Bowie's "Fame" and various songs that featured Kanye West. She got her tattoo - and danced in her seat - as West's latest hit "Mercy" blasted in the background.

Gaga also debuted a short film for the fragrance in collaboration with director Steven Klein.

The Grammy-winning singer released her multiplatinum debut, "The Fame," in 2008. That was followed by the platinum-selling albums "The Fame EP" and last year's "Born This Way." The New York native has been working on a new album called "ARTPOP" and recently got a tattoo with the album's title.